There’s No Comparison Between John James and Debbie Stabenow

RUSH: More midterm election news. Detroit Free Press: “The Democratic leads over Republicans in the Michigan races for governor and secretary of state have shrunk to five and four points respectively, and the attorney general’s race is now a dead heat, according to a new poll commissioned by the Free Press and its media partners. Even in the U.S. Senate race, where the Democratic incumbent, U.S. Sen. Debbie Stabenow, has been widely expected to enjoy a double-digit victory over Republican challenger John James, her lead is down to seven points…” 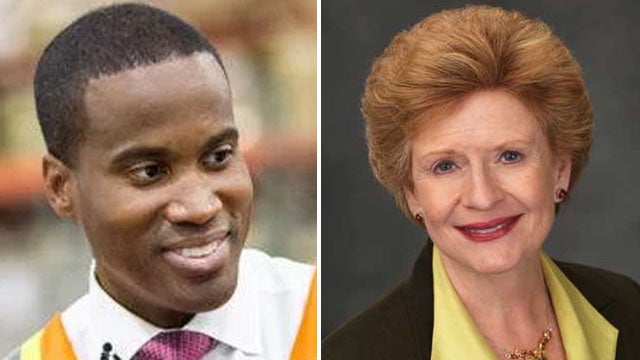 She led this guy, John James — who is another great candidate. He is an African-American, solid citizen, military veteran. She “led James by 23 points in a September poll by the same firm. It’s now down to seven, and a significant factor in the tightening race over the past month is an uptick in the approval rating of … Donald Trump and a narrowing of the voter enthusiasm gap between Republicans and Democrats,” according to the poll.

Now, my friends, once again, the media is trying to tell you that this bomb business has really, really tamped down Republican enthusiasm, that the media can just sense it. I don’t know on what evidence they’re using, but they clearly want you to believe that because it is this enthusiasm that’s throwing all of their models and polling upside down. Now, I want to tell you a little bit about John James and Debbie Stabenow. John James is African-American.

He’s a husband; he is a father, a combat veteran. He’s a businessman and he’s conservative, and that’s why nobody knows anything about him. He’s a former decorated Army captain. He’s a West Point graduate, and is the president of James Group International. It’s a very successful supply chain logistics company in Detroit, and it implies over 100 people. He has a B.A. from West Point, a master’s from Penn State and an MBA from the University of Michigan.

John James is what everyone would hope and pray for in a son. He is what everyone would hope for in a son-in-law and what everybody would hope for in a senator. He is a guy who grew up amazingly believing in the American dream and has lived it. He personifies it. Let me give you a quote from John James. People in Michigan know this, but I want people outside to know who this guy is, ’cause he is an up-and-comer. “I’m a West Point grad and an Iraq vet with two master’s degrees.

“My dad was a Vietnam vet and an entrepreneur. His dad was a Mason, his dad was a sharecropper, and his dad was a slave. My dad — my family — never asked for free stuff. We just wanted a fair shot. We cannot allow the American dream to be crushed by you, Stabenow, and socialism.” That’s who John James is. He was 23 points behind in September and is 7 points behind right now. Who is Debbie Stabenow? She’s the incumbent Democrat.

Debbie Stabenow’s second husband (I don’t think any of you will remember this) was the vice president of Air America, which was the failed liberal fundraising… They tried to mount a talk radio competitor to the EIB Network, and it failed when they couldn’t get any “funding” and couldn’t get any audience. They didn’t have any idea about commercial success. Everything was “funding,” and they ran out of money. They ran out of donors, after a while, and they never amounted to anything serious anyway.

But her second husband was the VP. She divorced him, her second husband, when he got arrested in a prostitution ring. It was a sting, but he was caught up in it. Debbie Stabenow has a life of — compared to John James — few accomplishments. She graduated University of Michigan. She has given birth to two children. She divorced their father. She’s won some elections. She’s been a commissioner, statehouse representative, U.S. representative, and senator. And I looked.

Other than politics, I can’t find where she’s worked or had a career in anything besides politics. She votes 100% with the other far leftists in the Senate. Her website says that she’s “a true friend and fighter for Michigan.” Her website says that she “has a focus on job creation,” but she’s never created any jobs. The Barack Hussein O administration didn’t know how to go about doing that. In fact, the Barack Hussein O administration ran around Indiana saying, “Eh, your jobs are gone and are never gonna come back.

I guess they sound good to people, but they’re wastes of time and money. Job-retraining center? What the hell is that?! What is school for? I mean, even if you got a high school diploma, you should be qualified to do something. Why do you need to go to job retraining? “Mr. Limbaugh, this is true. You don’t understand. This is for people who have worked and their jobs have left them, their jobs have been moved overseas, and they don’t know how to do anything else other than jobs they were doing that Republicans have shipped overseas.”

Really? So you need to build job-retraining centers? 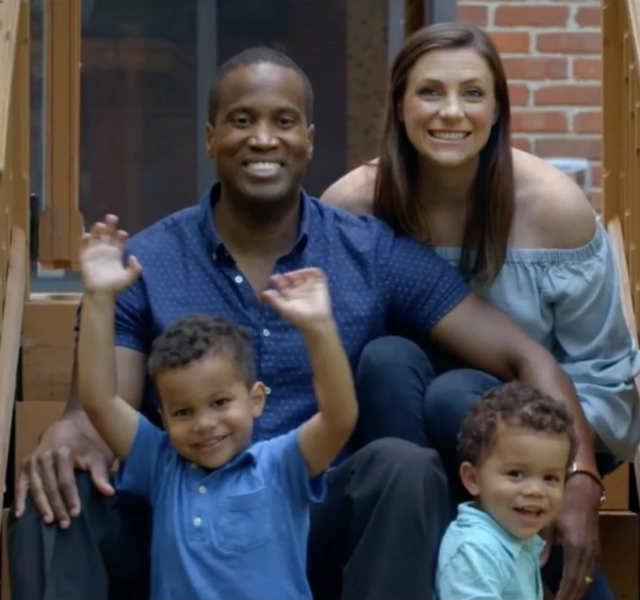 These people show up and do what?

They’re retrained to do what?

Nobody ever tells us what the retraining is in there. They’re just a bunch of bureaucratic BS, and the proof that they’re totally unnecessary is the last two years! Job-retraining centers? Why even have schools? What the hell are they for? Well, see, schools are where you go learn about women’s studies, gender studies, climate change studies, and all this other garbage that doesn’t prepare you to do anything but be miserably unhappy as an activist, unable to change anything.

That’s about all it’s worth. So in this Senate race in Michigan we have a dynamic and accomplished young African-American man, a West Point grad, two graduate degrees, running against an old, white woman of privilege whose life accomplishments are winning elections — which, no chump change there. I mean, it’s not easy. But that’s it. (interruption) No, I meant to say that she’s white. She’s an older white woman. Isn’t that what we’re told, that white privilege has to stand aside, now?