RUSH: Fox News reported about an hour and a half ago: “5,000 U.S. Troops Deploying to [U.S.-Mexico] Border in Response to Migrant Caravan — Roughly 5,000 U.S. troops will be deploying to the southern border in response to the migrant caravan pushing north through Mexico…” By the way, some of the migrant “caravaneers” have been offered the opportunity to stay in Mexico and they have said, “Nope! Nope! We’re pushing on to the Estados Unidos.” 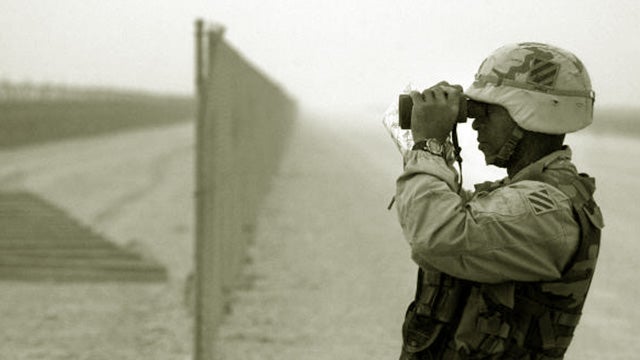 I saw a photo. I don’t… You know, you can’t trust anything on the internet anymore. But I saw a photo of a generator with a bunch of power strips connected to it where the caravaneers were recharging their phones, and it… I mean, it was a picture of some poor people sitting in the dirt charging their phones. Now, whether or not that picture is actually from the caravan, who knows, with as many tricks and shenanigans as are played on the internet?

And of course if it’s a trick, then the objective is to get people to say, “Wait a minute! What are all these poor people doing with cell phones, and how are the working away from home and so forth?” But again the picture looked… It was a legitimate picture but there was no way of confirming if it was an actual photo of the people on the so-called caravan.