Guess What Got the Biggest Cheers at the Apple Announcement?

RUSH: Mr. Snerdley, make a note to remind me. I’m getting quite a few emails who want me to comment on Apple’s event yesterday, the new iPads and some of the stuff. I’ll just tell you this. You know what got the biggest applause? I watched it. It was 10 o’clock in the morning yesterday. Normally it’s at 1 o’clock. You know what got the biggest applause of the entire 95-minute presentation? They introduced new Macs, new iPads. They’re pretty cool. 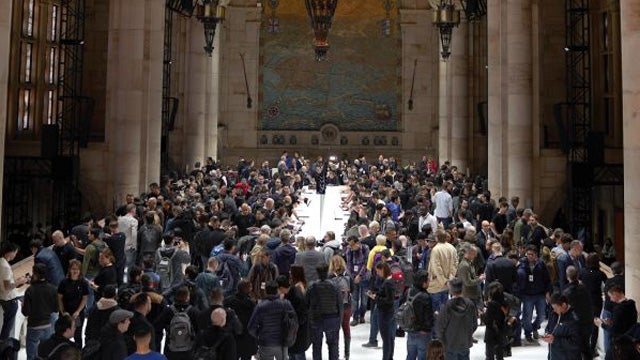 What do you think? You’ll never guess this. If I told you every new product that they announced, you still would not guess what got the loudest and most sustained applause of any announcement. Are you ready? When Apple announced that the new MacBook Air is made of 100% recycled aluminum, the young people in that room erupted into a sustained standing ovation, and I said to myself, “Well, it’s over. The environmentalist wackos with this age-group have won.”

More than any technical advancement or achievement, more than any cool aspect of any of these gizmos, the fact that it was 100% recycled. These kids have been told that climate change is destroying “the habitat,” that there may not be a way for life to be sustained when they hit 65. You’d be amazed at the number of young people who have been brainwashed and propagandized to believe that, and so the fact that Apple’s introduced a little bitty computer here and it’s made of 100% recycled aluminum was the big news of the day!