Trump Steals the Screen from Obama

But you know what I notice? The people seated… The people seated right behind Obama are not… And he’s speaking and nobody’s paying attention to him! And it’s not just right now. There’s somebody out there causing a ruckus in the crowd or… It may not be negative. But the whole time Obama’s been speaking, nobody’s been paying attention. When you see Trump speaking, everybody’s standing, sitting behind him is focused on him. It’s a relatively small venue as well. Just an observation, and I could be wrong about it, too.

RUSH: This is so great. Obama has vanished from TV screens. You know why? Trump saw him and came out of the White House and is talking to the media on his way to the helicopter to get to the next rally. 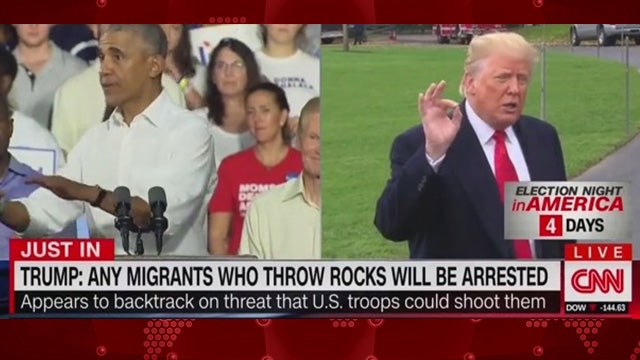 So Trump’s in there, probably got TV on, sees Obama’s on, and says, “I can fix this,” and walks outside, engages the media, and Obama vanishes from CNN and Fox!