RUSH: I got a montage here. Our buddy Brent Bozell at NewsBusters and the Media Research Center has put together a montage of the Drive-By Media and their never ending, incessant attempts at impugning and ripping the reputation of President Trump. I want you to hear some of this. This is over the last 22 months of his presidency. We did just a portion here. We have Andrea Mitchell (NBC News Washington). We have Jason Johnson from PMSNBC, Max Boot from the Washington Post, Walter Isaacson from the Aspen Institute, Fredo Cuomo from CNN, and Republican strategist (chuckles) failure, Steve Schmidt. Just listen to this…

ANDREA MITCHELL (7/30/18): Enemy of the people. (b-roll noise) This is something that we first heard from Joseph Stalin. This is very dangerous. It undercuts democracy.

JASON JOHNSON: (7/29/18) That is just the emboldening of white bigotry by a white nationalist, white supremacist presidency, and his cronies and all the other white nationalists that he has empowered.

STEVE SCHMIDT: (6/26/18) He’s inciting, through mass rallies and constant lying, fervor in a political base. He scapegoats minority populations and affixes blame to them for every problem the country faces. He alleges conspiracies straight out of Munich circa 1928.

MIKA BRZEZINSKI: (6/18/18) He will be forever remembered as the president who traumatized little children, who purposefully traumatized babies and children — and he traumatized them for his political gain or to look like Kim Jong-un.

DONNY DEUTSCH: (6/18/18) If you vote for Trump, then you, the voter — you, not Donald Trump — are standing at the border like Nazis. It’s a given, the evilness of Donald Trump.

JASON JOHNSON: (6/17/18) This whole administration, these guys are terrorists, right? (snickering) A white nationalist government that will take children hostage.

JOE SCARBOROUGH: (6/15/18) Children are being marched away to showers, just like the Nazis. 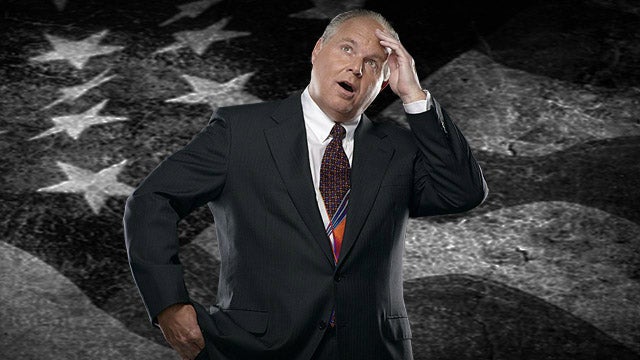 RUSH: You know, some of that stuff is about the mythical(sobbing) “separation of children from their mothers at the border.” Like Nazis, children are being marched away to showers like the Nazis? Donald Trump’s administration is marching kids away to the chambers? That’s Joe Scarborough! This is pure irrationality. It is pure hatred. These are the people who think they are 10-times smarter than Donald Trump and cannot believe that you people fell for it and elected him, because he’s all these horrible things.

It’s the people who claim we are too uncivil and we’re not nice enough to each other and that we need to be setting a good example for our children. What a bunch of vicious, demented paranoia.