RUSH: Now let’s move on to the Saturday Night Live thing. I want to get these things that have not much to do specifically with the election. I want to get them discussed and registered; then we move on. Pete Davidson is the cast member last night and Saturday… I’ve only seen the clip. I never watch the show midterm. It stopped being funny to me many, many moons ago. But in the clip, he looks like he’s wearing an orange jumpsuit, so I don’t know the premise of the clip. But he’s a cast member. He’s giving his thoughts about some of the candidates, and this is what he said about Republican congressional candidate Dan Crenshaw, who’s running in Texas… 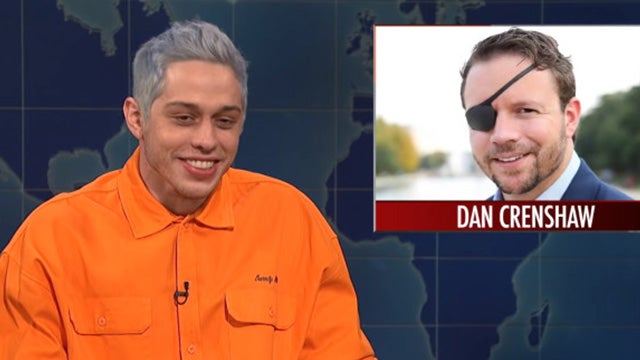 DAVIDSON: I know he lost h-his eye in war or whatever.

So they wanted this to happen. This is what has come to be modern-day, left-wing comedy. It is not funny. It’s hurtful and it is hateful. This is nothing but anger and rage here over the fact the guy is a Republican. It’s now perfectly permissible to make fun of somebody losing an eye defending the country ’cause, “What is this war business? It’s so old. It’s so antiquated. What the hell? People that join the military?

“The only reason they do it is got no other options. They’re stupid. They can’t get an education, otherwise; they’d never make a living. So they have to join.” That’s the left-wing view of the American military today: The focus of evil in the modern world. The U.S. military is source of the military power of the biggest problem in the world: the United States of America, in their view. You know, you try — on any comedy show — making fun of any kind of Democrat with any kind of disability brought on by an act of valor and you see how far you get with it if you happen to be a media figure.

But everybody here was laughing about it. And I tell you, folks, culturally it tells us where we are with the pop culture segment of the Millennial generation and maybe even Generation Z that even the military is something that’s from distant past that is no longer relevant in America and people that join the military, they’re stupid or they’re hopeless or whatever. But we’ve got no sympathy for ’em because they actually carry guns and ammo, and they kill people. So we can make fun of ’em. Dan Crenshaw was asked to respond to this, and he’s done so in very many places.

Here is a response on TMZ…

CRENSHAW: I want us to get away from this culture where we demand apologies every time someone misspeaks. I think that would be very healthy for our nation. I don’t just demand apologies from them. They can do whatever they want. I would like him and Saturday Night Live to recognize something, which is that veterans across the country probably don’t feel as though their wounds they received in battle should be the subject of a bad punch line for a bad joke, and here’s the real atrocity in all this: It wasn’t even funny.

RUSH: Oh, I don’t think that’s the real atrocity, but I’m not gonna argue with him. I think the real atrocity goes way beyond that. These people don’t care what veterans think! That’s the point! These people, as typified by this guy, Pete Davidson… I’m not going to all Millennials, by the way. But the pop culture Millennial hip crowd, they don’t care what the… In fact, the more military is upset about it, the better.

There’s no remorse or guilt — and the guy is right, by the way. Crenshaw is right. Any apology would be meaningless. It would probably include a phrase, “It’s not who I am. I don’t know what I was thinking,” blah, blah. The guy meant to say it. It’s probably best that he doesn’t apologize. He should own it! He meant it! Saturday Night Live meant it. What needs to happen is that the people need to realize. Dou want people like that…? I mean, the people that that kid, Davidson, supports for office? Do you want them in office, people he thinks are cool and worth idolizing?

RUSH: Columbus, New Jersey. This is Joe. It’s great to have you on the program, sir. Hi.

CALLER: Hey, Rush. How are you today?

CALLER: Rush, I want to begin by saying Saul Alinsky’s playbook is alive and well in the left today. With that said, humor is only funny when there’s some element of truth within the content. And whether it’s Saturday Night Live trying to be funny or Hillary weaving her new basket called “they all look alike,” instead of the deplorables… Now she has a new basket: “They all look alike.” 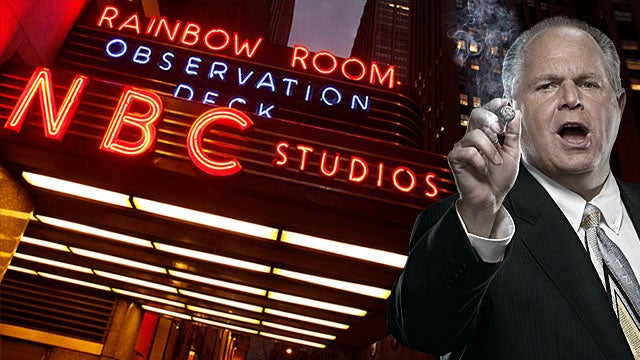 There is a lot of belief in that, in her mind, and she doesn’t use the minorities as the relationship building. She uses them to achieve her means. And there’s a whole psychology to building relationships, I was telling your screener. You can build a relationship to go through life with someone or you build a relationship to use the heck out of them and get what you want. And I really think she showed her hand a week and a half ago when she made that statement, along with Saturday Night Live trying to be funny and all the other left-wing humor —

RUSH: Yeah. You know, the media didn’t pick up on that statement. Hillary’s being interviewed by Kara Swisher, who is a tech journalist at Recode, whatever it is. And Kara Swisher misidentified Cory Booker and Eric Holder, and Hillary wanted to correct her and she said, “Oh, yeah, you’re right. I ‘m sorry, here. It doesn’t matter.” “They all look alike,” and then she started laughing and Kara Swisher said, “No, no. No, they don’t. No, they….” But Hillary kept laughing. “They all look alike.” So your point is that’s what Hillary really thinks. That little slip there is what betrays, what’s really in her mind about African-Americans.

RUSH: That’s a good point. It was the first thing that occurred to her when Kara Swisher confused the two, “Ah, it’s okay. They all look alike.” Now, Hillary’s excuse I’m sure would be, “Hey, come on. You know me. I love African-Americans. Why, I supported African-American women who build villages and raise children for…” She’d come out with some excuse for it, for which she would be granted a pardon in the media. That hasn’t even been widely reported, that little slip — and of course, it wouldn’t be because nobody in the Drive-Bys wants to try to defend it. So you’re right. Every bit of comedy deserves an element of truth, and there was Hillary’s, I have no doubt.