American Greatness Is Coasting on the Accumulated Capital of Past Generations

RUSH: Highlands Ranch, Colorado. Bill, we’re gonna start with you. It’s great to have you on the program. Hi.

CALLER: “The” Rush Limbaugh. Real quick, you are the G-O-A-T, the GOAT, indisputable. But I talked to Greg, and what I was coming up with, real quick, just the migrants come in and people getting voted into office and what’s going on in South Africa, how they’re coming in and taking land. When will that happen here? Long after us, obviously, but will it happen? Could it?

They’re related to things that are happening at the present. And this immigration thing is one of them. I have people asking me all the time why I am concerned about the Millennial generation and younger generations going forward. ‘Cause people say, “Rush, do you realize that your parents were worried about what your generation was gonna do, whether they were gonna keep it up.” And every generation of adults, parents, grandparents, is always worried about their way of life and the country maybe not surviving upcoming younger generations.

“Are you sure you want to go down that road, Rush? Because despite all of these worries from generation after generation after generation, the country has survived, and it has thrived, and it has triumphed.” And all of that is true. But I look at things today and compare them, say, to when I was growing up. What is the modern equivalent — wrong way to put it — what is the equivalent, say, in the sixties and seventies to what is happening with illegal immigration today?

But it wasn’t discussed in terms of what it was gonna mean to the future of the country. It was discussed as a law-and-order issue, but it was not really considered a threat to America, as founded. What was the equivalent then of that today? And I can’t think of one. So the best way to sum up my concern here, and I have to admit that it could be dead wrong. It could be a natural thing that people, when they reach a certain age, begin to worry about their kids and their grandkids not taking things seriously, not being properly educated. I know it’s common.

But I have this creeping little gnawing fear that courses through the deep, dark crevices of my brain every day that the greatness of this country, that the sustainability of the greatness and uniqueness of this country that stems to our very founding is coasting. In other words, we have built up a reservoir generation after generation after generation of people who were aware of how America came to be and why and had great reverence for that and respect for it.

They were educated to understand the uniqueness of America and how it came to be. The notion found throughout our founding documents that it is the citizens’ freedom that dominates the structure of the United States, not the government, not the people in the government.

The founding documents of our country were written to limit what the government can do. Nowhere else at any time in human history short of Magna Carta had that ever happened. And everybody growing up, every generation from the founding ’til what? At what point in the 1900s was taught this? And they had a reverence for it and a respect for it.

But today, those people now have a home in the Democrat Party. The Democrat Party has been and is in the process of being taken over by people who do not respect and do not like and do not appreciate and have no interest in preserving America, as founded. We are surviving this onslaught, as I say, by virtue of decades and decades, generation after generation of accumulated — what would you call it, capital? We’re surviving, we’re coasting, we’re heading down the road here surviving based on years and years and years of devotion to the principles and traditions and institutions that founded this country.

That America is somehow this oppressive place which only grants its special freedoms to certain groups, white Christian men, while everybody else is subjugated and subordinated to the racism, sexism, bigotry of the white Christian males who end up forever running the country. And this is what young people have been taught intensely, propagandized intensely for how long? We don’t know. Would you peg it back to when? I was not taught this.

The things I have just said to you that describe America as the problem in the world, I was never taught one word of that. I had to learn that people think that by listening to them. When I was in school, even my one semester in college, there was nobody teaching that America was the problem in the world that needed great reform, that America was inherently racist or sexist or any of that.

So it’s relatively new. And my fear is that we have survived not because of an ongoing awareness and battle against this, but instead we are surviving based on all of the years of education and understanding, and at some point — we’re coasting now. We’re coasting. This is my point.

We’re not actively teaching the truth about America to young generations, young people in school, high school, middle school, college, whatever. And you combine that with this influx of illegal immigrants that are certainly not coming here to assimilate. Angela Merkel or Angela, however she pronounces it, she’s a good object lesson here. Do you remember two years ago — I forget. You know, time goes by so fast. It seems like it was yesterday, but I think it was a couple years ago. Angela Merkel actually welcomed and had established as a policy the open acceptance of 800,000 military aged men from war-torn areas of the Middle East?

She was proud that she was opening the borders of Mexico to allow these people to come into the country. And the reason she stated she was proud of this was because Germany’s birthrate replacement level was below replacement levels. In other words, Germans were not producing enough babies to maintain the German population. And when that’s the case, you’re not breeding or producing enough people to do work.

And so the German economy, as she looked at it, was on the verge of slowing down and suffering simply because of the lack of employees, people to be called workers. So to her, the 800,000 military age — i.e., prime working age — men from war-torn areas in the Middle East, that was the solution to her problem.

She assumed — I’m giving her the benefit of the doubt here — I think Merkel assumed that many of these would willingly, happily become Germans, culturally. I can’t believe that she really wanted to undermine German culture. I’m giving her the big benefit of the doubt here. I think she probably ignorantly and horribly, malinformedly thought that 800,000 militant Islamists a year would somehow help Germany maintain its identity, its economy.

When she found out – it didn’t take long — that this was not gonna happen, that these 800,000 arrivals had no interest in becoming Germans and no interest in helping Germany stay Germany, that their interests were the exact opposite, she pulled back on her policy. She wants to cut it back now. She made a big mistake.

Some of you might not think it was a mistake. Some of you might think she did it on purpose, she’s a globalist, she’s one of this cabal of people that wants to establish all nation states. That could well be. But I think when it comes to immigration there’s a whole slew of ignorant people out there. Well, they are not ignorant in this country. The leftists behind this know exactly what they’re doing. And they’re doing it for a specific purpose.

They want this country as founded watered down. They want it diluted. They want to take away the power that they think unfairly and unjustly resides in the hands of white Christian males and white Christian females who have eschewed feminism and have chosen the patriarchy.

So this ongoing, never ending immigration, caravans, all of the other things that are happening represent assaults, attacks on America, as founded, rather than immigration in the past, which has been policy driven to create more Americans, people that love America come here and want to become Americans, assimilate into our culture. And so if you have a generation or two of young people who’ve not been educated about the truth of America and its founding, who don’t believe in basic American decency, then at some point all of this accumulated education from the founding to the 1980s, 1970s, at some point that’s going to fade away and younger generations are going to subsume.

And will they be able to sustain, will they be able to sustain the America as founded? That’s my concern. It’s not a concern over the fact that they’re young, therefore they don’t know anything. It’s not a concern based on a discrimination against youth. It’s not that. It’s rooted in how they’ve been educated or propagandized. That’s why I worry about it. I’m not an old man on the front yard yelling at kids in the neighborhood to get off my yard or any of that. That’s not what this is. This is about preservation of America, as founded, and how is it going to happen, if we’ve stopped educating people about it? 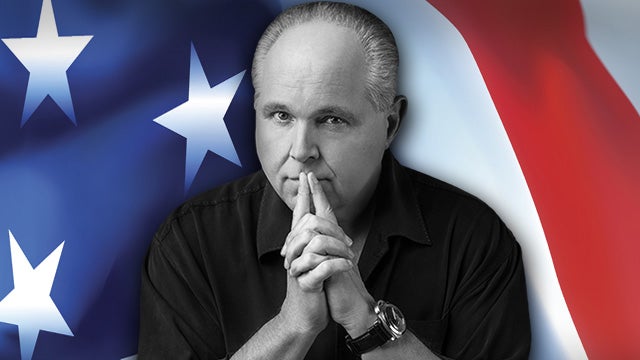 Well, the entire West, not just the United States, western civilization is coasting on the accumulated capital of previous generations, burning its inheritance in a wild bonfire. Eventually, what can’t be sustained won’t be. Meaning, think of all of the Vanderbilts. You know, Cornelius Vanderbilt invents the railroad and by the time his grandkids got hold of the money it was all gone. Because they were not at all educated or made aware or had to do anything to create that wealth or to produce it.

They were not even concerned about maintaining it. They thought it was always gonna be there. And the Vanderbilts are not the only one. It’s a somewhat similar situation here. You have to continue educating and informing people about what it is they’re inheriting and how great it is and how important it is to maintain it and grow it, and if that’s not done, which it hasn’t been, not at least in our universities, then what is gonna be the outcome of it? Then you add the other onslaughts like illegal immigration and other cultural interruptions, and, ergo, the concern.