How Will America React When Ilhan Omar Wears the Hijab on the House Floor?

RUSH: Does the name Omar, Ilhan Omar ring a bell? I did not talk about this woman during the campaign. She has two wives or two husbands or something. She won election to Congress in Minnesota. Ilhan Omar. She’s got two spouses. I don’t know the genre. I don’t know if they’ve got vaginas or not. I don’t know if they’ve been to see the Vagina Monologues before the production was shut down in eastern Michigan. I just know that she’s also the reason why… (interruption)

What are you laughing at? I’m not making any of this up. Ilhan Omar is also the reason… We had the story. We touched it on it yesterday. A 181-year-old rule in the House of Representatives says no religious head wear may be worn. She’s the one challenging that. She wants to wear the hijab on the floor of the House of Representatives, and she’s petitioning the House leadership to overthrow this 181-year-old rule. What do you think’s gonna happen?

The rule’s gonna get overthrown, folks, and we’re gonna see religious headgear throughout the House of Representatives on television now, and I don’t have to tell you what the impact of those pictures is going to be on the population at large. I do not have to tell you. You can imagine what it’s gonna be yourself. (interruption) Don’t make me verbalize it. If I verbalize it, the Drive-Bys are gonna be coming at me with all kinds of allegations. 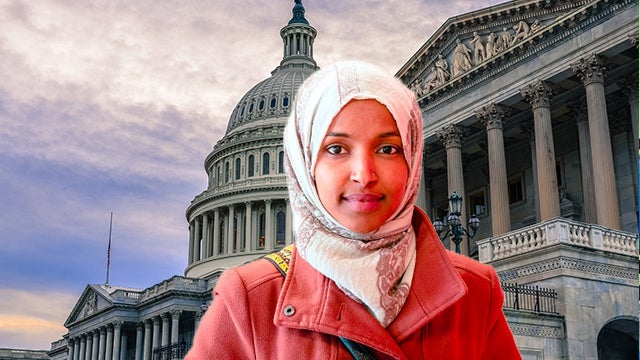 But you know exactly what connotation the pictures are going to present.

I’m not gonna make a stand on it because I frankly don’t care. The woman married her brother. I was wrong when I said she’s got two spouses. She married her brother to get him into the country illegally via some visa situation. She’s the one that’s now pushing the notion we’ve gotta be able to wear religious head wear on the floor of the House of Representatives.