Democrats to Focus on Substance, Not Subpoenas?

RUSH: Well, I’ve got a couple of monitors on here during show prep, and out of the corner of my eye – I don’t know why I noticed – I saw Elijah Cummings, congressman from Maryland, chairman or past chairman, Congressional Black Caucasians. 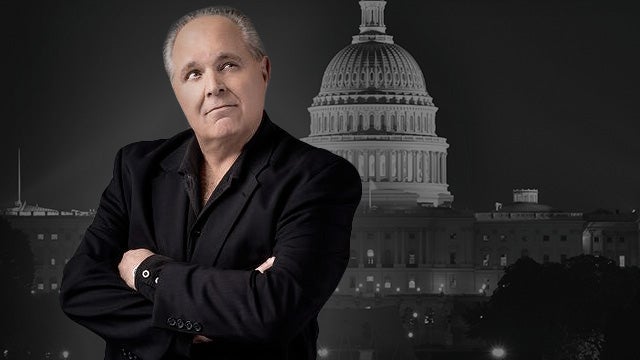 They are so poisoned with hatred, so beside themselves that Trump beat Hillary, that they’re going to look and look and look until they can destroy him and his family, not just his presidency. They’re out to veritably ruin Donald Trump. So when I see this little indication that Elijah Cummings said wait a minute, we may not do that, I got a little interested.

“Maryland’s Democratic Rep. Elijah Cummings was expected to lead the powerful House Oversight Committee when his party takes leadership of the U.S. House of Representative in January. … Cummings planned to use his subpoena powers evenhandedly. ‘I’m not going to be handing out subpoenas like somebody’s handing out candy on Halloween. If I have to use them, they will be used in a methodical way,’ Cummings told host George Stephanopoulos.” Oh, he was on with Stephanopoulos. I thought I saw he was on Meet the Press. Maybe he was on both. These people make the rounds.

“If the Democrats think they are going to waste Taxpayer Money investigating us at the House level, then we will likewise be forced to consider investigating them for all of the leaks of Classified Information, and much else, at the Senate level. Two can play that game!” Trump said.

So the next story is a story from Reuters. “Senior House Democrats Tap Brakes on Investigating Trump.” And the upshot is because other Democrats including key committee leaders want to focus on immigration, rising student loan debt, high cost prescription drugs, and the federal response to hurricane disasters, especially in Puerto Rico.

So the news has gone out that the Democrats do not want to investigate Trump as much now, that they’d rather focus on matters of substance: immigration, rising student loan debt. Now, again, I don’t know what the truth here is, as I am manifestly suspicious of anything Democrats say in advance of what they’re gonna do. Their track record is they can’t be honest about their real intentions, other than in the strongholds that they have, New York, San Francisco, Los Angeles.

But when they’re running national contests, they can’t be honest. They have to camouflage. Even today it’s true. Which is another indication that we have not gone majority socialist despite what a lot of people would have you believe.

“Senior House Democrats Tap Brakes on Investigating Trump – After capturing the U.S. House of Representatives with a campaign that spoke of holding President Donald Trump accountable, some powerful House Democrats are now urging restraint and a focus on policy, at least at the outset.

“An aggressive examination of the president is still needed, senior lawmakers and aides told Reuters. But Democratic leaders are trying to chart a measured path forward from early January when they will take over the House from Trump’s Republicans. That path will seek to avoid igniting political battles.”

Now, that you can discount and discard. That’s not possible. Everything is going to be a political battle because these people politicize everything. But they still maintain that they’re gonna be avoiding political battles, for now, over matters such as Russian meddling in the 2016 presidential election, as well as possible collusion between Moscow and Trump.

So we’re being told now they’re gonna set that aside, not gonna focus on that now. A, I don’t believe it. But let’s pretend that it’s true. Why would they be doing this? Well, in all candor, the adult thing to do would be to, you’ve won the election, you’ve got a deranged lunatic base. They’ve been satisfied. You’ve got to do something along the lines of investigating Trump to make them think, the base think that the Democrat victory was worth it. ‘Cause that’s what the base wants. 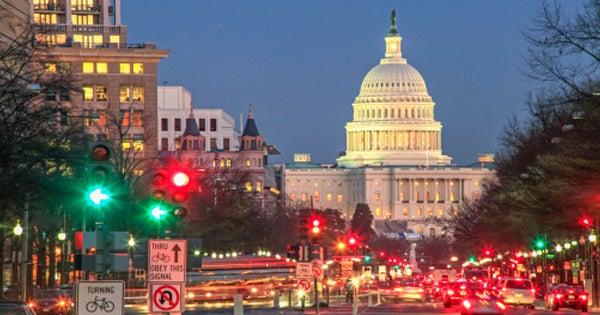 But these people in the House are gonna realize that they just can’t do that exclusively, because, try as hard as they’ve been trying, they have not been able to make half the country or more than half the country hate Trump. They have failed in that singular objective. That’s what they spent the first two years here doing, trying to drive a wedge between Trump and his supporters and trying to create as much hatred for Trump among moderates and Republicans as that exists on the Democrats.

Well, they failed to do that. Trump is still chugging along there, depending on the poll you look at, and approval rating of 44 to 51%. So they have not succeeded. So if it’s only their base that still hates Trump, then what is there to gain? And what could they potentially lose by winning the House and then using it for one thing, to investigate the president?

So they’ve gotta be very careful going after Trump that they don’t betray what they really are to a larger group of people. So I wouldn’t be surprised if there is something to this, even though it could be minor overall, ’cause I don’t think in the end they’re gonna be able to help themselves. I think the degree of hate that they have an poisoned by has reached levels here that they’re not gonna be able to resist the temptation to use the power they have to try to get to the bottom of everything they want to get to the bottom of involving Trump.

And there’s a part of me that hopes they do. There’s a part of me that hopes they just exhibit it right out in the open for everybody to see who they really are. If they had succeeded in creating additional reservoirs of hate for Trump out there, then going after him would make some sense, but they have failed to do that. They have not really expanded on the people that hate Trump beyond their base. And so an effort to do whatever, investigate Trump to the point of getting rid of him, would anger half the country who may not think of the Democrats that way.

They are political activists doing what they can to help the Democrat Party, from the executive suites at Amazon, Google on down to the people who use social media. And somehow the Democrats have escaped being associated with that group. And I think they may want to continue that. And if they really did nothing but go as hard as they could at Trump, they might run the risk of exposing themselves as they really are to people that so far have been fooled. We’ll have to wait and see.

As I say, I don’t think they’ll be able to help themselves. But what Trump is telling them, if you do this, you come after me, don’t think we’re just gonna sit here and take it up here in the West Wing. Don’t think we’re just gonna sit here and turn over everything you want with every subpoena request that you made. We’ve got the goods on you. We know who you are. And we’re gonna conduct investigations of you if you start this mutually assured destruction.