Should the Government Bust Up FAANG?

RUSH: Here’s Paul in St. Cloud, Minnesota. Great to have you, sir. Hi. 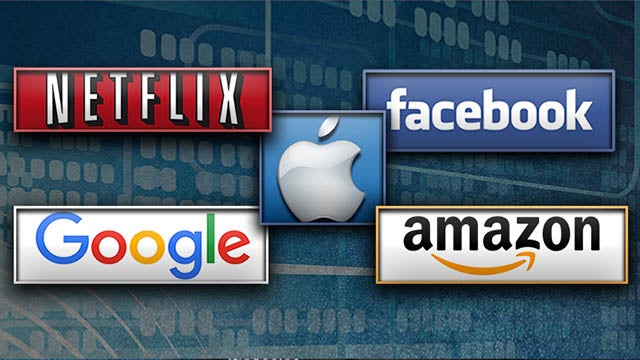 CALLER: Hi, Rush. You know, I think the Republicans and Donald Trump, their only chance is if they can at least introduce some antitrust legislation for the five companies that control all the media. I think that’s the only way you’re gonna defeat these people. The media is just too powerful. They can cover up figures. They can cover up murder. They can cover up any criminal activity the Democrats do. And they can spin it so that people accept it. Like you said, willful ignorance. It’s really they’re just being manipulated, of course, and I think the only way to deal with them is to not only call them out as being anti-American, but to actually go after them with some anti-trust legislation.

RUSH: That’s not gonna change anything. You could call Jack Dorsey or the Google guy any name in the book. Zuckerberg, Sheryl Sandberg, call ’em any name, and they’re gonna continue to deny that they’re doing what they’re doing. But they are doing it on purpose. They are suppressing and canceling and banning conservative content and personalities as often as they can. Something’s gonna have to be done about it. If we’re gonna have these social media firms and, if they’re gonna be public like this, then something’s gonna have to be done because it’s restraint of trade, and I think trust busting is something that ought to be looked into here. And it would be self-preservation from the standpoint of Republicans and conservatives. There’s no way to compete against it otherwise, and that’s the definition. They’re able to buy up competitors and silence ’em. There’s no way to compete against this. Social media, you combine them with the rest of the Drive-By Media, and you’re locked out.