The Word “Investigation” for This Witch Hunt Bugs Me 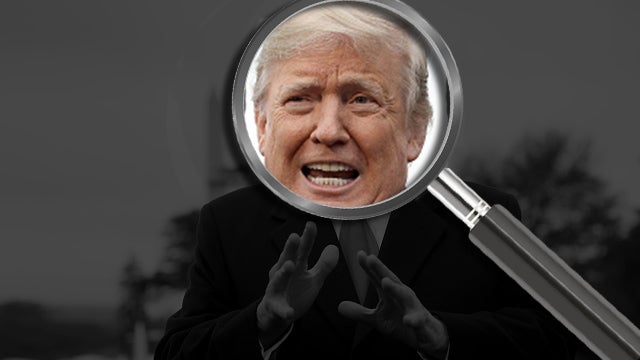 How in the world did Paul Manafort meeting with Julian Assange and the president of Ecuador somehow escape these eagle-eyed investigators at the Obama Justice Department?

RUSH: Sean in Indianapolis. Greetings, Sean. Welcome to the program.

CALLER: Good afternoon, Rush. It’s a pleasure to be here.

RUSH: It’s great to have you.

CALLER: I want to share a theory with you. First of all, one of your callers earlier said that he didn’t think the Robert Mueller investigation is ever gonna end. And I think back to the midterms, you know, a few weeks ago. And of course somehow it leaked out that Mueller would have a report out just after midterms and it would not be before. And I didn’t believe that for a second. I thought it was a good strategic motivator for Democrats. And if they would have had anything at all, they would have come out before the election. We all know that.

So my theory is that the Robert Mueller investigation is absolutely gonna keep going. It’s gonna keep going for a while, but it’s really gonna depend on the momentum that Trump has and the success that he’s having in the next two years. If he has the momentum, then they have to do something desperate, and I think the Mueller report will come out as a desperation attempt to try to change the direction.

RUSH: So you think if Trump is going great guns, if things are going well for Trump then they’ll step up and issue a report to try to stop him. If the Democrats are able to hornswoggle Trump and keep him distracted, nothing gets done, they’ll keep the investigation going?

CALLER: You betcha ’cause that’s a strategic advantage for them.

Now, that would only be important to brain-dead independents and moderates out there. But believe me, a political consultant would advise a party, “Look, it’d be really good if whatever Mueller comes up with, when it nails Trump to the cross, that it’s seen as nonpartisan.” There’s another thing in this that bothers me, and it always has. It’s the word “investigation.” I’ll explain in a minute.

To me “investigation,” I envision constant activity and people literally trying to find out things they do not know. And I don’t think that’s at all what this is. This isn’t an investigation into anything. This is an attempt to construct a scenario that doesn’t exist and didn’t happen. And yet it’s continually called an investigation.

When you hear the word “investigation,” you can’t help but also think of the word “criminal”! Investigations always involve some kind of criminal or illegal or unethical or whatever kind of behavior. And so just the use of the word alone conjures guilt. And it’s never ending!

What the hell left to investigate is there? And who’s doing the investigating? A bunch of lawyers? What are they investigating? Investigate, I think of Sherlock Holmes and a gigantic magnifying glass tracking down clues somewhere, looking for gigantic hounds or whatever. I’m being facetious in a way here, but the word “investigation” to me already carries some bit of prejudice about it. Just the very usage of it in this context.

“Hey, Rush, what about that illegal alien?”

“What do you think you’re gonna find?”

“I don’t know.” But you’d have a whole different take if I say, “I’m gonna research it. I’m gonna look into it.” But investigate, the investigation conjures all kinds of really competent people looking for evidence of some kind of crime. I know, look, I’m making a bigger deal out of this. It just bugs me because it isn’t what’s happening and yet it’s consistently used, and it’s always gonna be used, and I think it’s inflammatory and prejudicial.

So I’m just telling you, when I hear it, it already taints my impression of what is actually happening. Robert Mueller is not an investigator. He is a lawyer. He is a bunch of things, but he’s not an investigator. “Well, but Rush, his whole team is lawyers and they are investigating.” Investigating what? In two years they could have found all kinds of things that nobody knew. But they haven’t. They’re having to make it up! Create scenarios.