There’s Plenty of Stupidity on the Left

CALLER:  Thank you, Rush.  Speaking of investigations, I don’t really think… When I think of local law enforcement, I think of a criminal investigation.  When I think of a federal or political investigation, I think of purposeful misinterpretation.  But I’m in agreement with you on that. But earlier you said you were talking about the Democrat voters and their base.  I don’t… I believe that’s how the Democrats plan on winning elections, because for the past 40 or 50 years their platform has been the same, and it’s not working anymore.  So I think Democrats know exactly who are voting for them and Democrat voters only believe they know who they’re voting for.  The Democrats are banking on it.  I don’t think Democrat voters are stupid.  I think they’re willfully ignorant.

CALLER: Okay. I think they’re more than willfully ignorant.  You’ll take something scientific like a medically necessary pregnancy that needs to be terminated, you know, they back that up because it backs their agenda.  But when you say you have a politician — I forget what the lady’s name was — but she didn’t have an abortion and she ended up having perfectly healthy children, that doesn’t back up their agenda because then they say they’re putting her life in danger.  So it just flip-flops back and forth.

When you talked about the children on the border and how their pics are cropped, you know, again, that’s just an example of purposeful misinterpretation.  What wasn’t worked for Democrats has been, you know, “He’s a racist, bigot, homophobic. ” Their platform now hasn’t worked in the past 50 years and people are starting to get wind of it, I believe?  Since their old agenda isn’t working anymore, their platform now is anger, vengeance. “Do what has to be done to correct the wrong that has been wronged by Donald Trump being elected president.”  So I don’t believe that Democrat voters are stupid.  They’re willfully ignorant, and the Democrats that are elected know who they have voting for them.  They know they are —

RUSH:  Well, look, there’s a degree of truth. An element of that is true.  I think there is, by the way… Let me just, without… I don’t want to be accused of obfuscation.  There’s plenty of stupidity on the left.  There’s no other explanation for it.  I mean, ignorance only goes so far.  You gotta be some degree of stupid to have the degree of ignorance some of them have.  I can give… The biggest example of this, the biggest example of whatever you talked about, is prejudice, and the Democrats know that all they have to do is keep their voters mad.

All they gotta do is keep ’em scared, keep them mad — and don’t do it with substance. You know, do it with allegations about the enemy.  Create demons, create bogeymen, create all kinds of people that need to be hated.  Climate change is one of the greatest illustrations of the ignorance and how it is used.  I mean, climate change has every technique in it that the left uses to win young hearts and minds.  It is phenomenal.  If you sit back and actually study all of the components and ingredients, it’s got everything.  And that’s why it’s tough to beat it back with true believer young people.

I have to tell, I’m on the verge, folks… I’m on the verge of stopping my daily reading… I’m on the verge of yanking my hobby out of my day.  It’s getting to the point I cannot read these tech blogs without getting infuriated.  I can’t do it, and it’s all about climate change. and the degree of brainwashing, successful brainwashing that’s taken place.  Do you know to this day — to this day — there is not a single shred of solid evidence of any climate change caused by human beings who are living their lives?  All that there is is a series of computer models making predictions.

But the predictions are based on personality traits the left has cultivated in their supporters for decades — guilt, paranoia, insignificance, redemption, demons and enemies, the absence of God and religion.  It has everything.  Everything the left has used to corrupt education — everything the left has used to corrupt young minds, to propagandize, to indoctrinate — every bit of it has been used for the last 35 or 40 years in that one issue.  Well, example…

And, look, I don’t mean to be redundant because I’ve gone through this countless times before.  But one of the techniques is blame.  You have to blame people for causing problems.  But at the same time you blame them, you offer them redemption.  You say there is a way they can atone or make Adams.  And really don’t even blame them.  Blame their parents — their parents and grandparents — and blame faceless, nameless CEOs and gigantic corporations.  You also have an apocalyptic end. So you have pessimism, you have negativism, you’ve got fatalism. 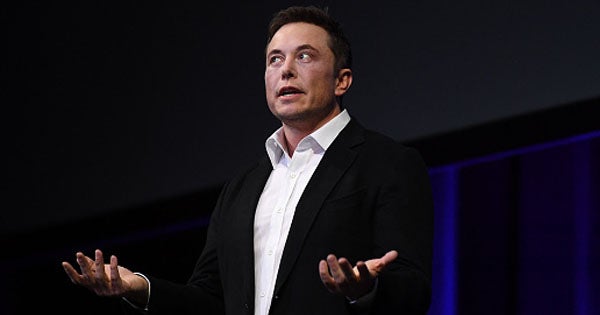 It has everything they use to frighten people, and the degree to which they have been successful is evidenced by consulting anybody under 30 or 35 who believes in this, and trying to talk them out of it. Not talk them out of it, just trying to talk sense to them about it. You can’t do it.  It is impossible, to the point that more people than you know. literally think if they are to live past the age of 60, it will have to be somewhere other than this planet.  There’s story today.  I kind of humorously try to keep up with this.

It’s another story on Elon Musk, who these people idolize, these young people. Elon Musk says he’s 70% certain now he’s moving to Mars.  MOVING TO MARS!  As though, “Well, I could move to the Moon, I could go to Pluto, but I’m just gonna move to Mars.”  Nobody moves to Mars!  It’s abjectly, intellectually ridiculous and silly, as is the belief that we even have the ability to control our climate.  It’s a very depressing thing.  They’ve succeeded with it, again, because it contains every technique, every Alinsky technique, every communist manifesto technique. Every technique used to corrupt and poison young minds to become communists is all in the climate change argument, and you can see it just Hoovers people up.