What Would’ve Happened If Bush 41 Died Before the Midterms?

RUSH: Grab audio sound bite number 11. Jake Tapper went on a comedy show to tell the truth. He went on Late Night with Seth Meyers on NBC Tuesday night. Question: “How do you talk about somebody’s legacy? Because there are some who would say now’s not the time to say anything negative about these people. Do you try to give the whole story or do you take this time just to be positive, Jake?” 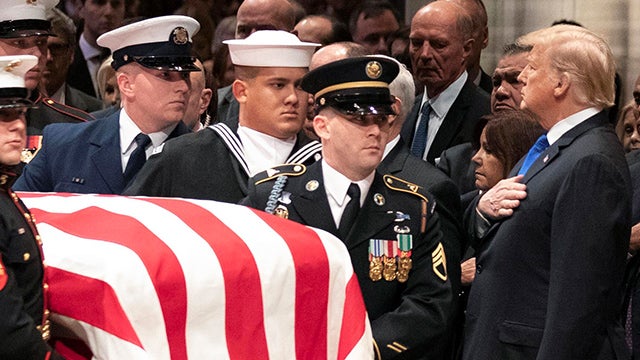 TAPPER: There are plenty of negative things to say about any U.S. president. Certainly George H. W. Bush is no exception. But I do think it’s a time for people to appreciate the goodness of a president, you know, whether — well, the other thing that’s interesting is when it’s McCain and Bush is that their histories and with all good and the bad and the nuance, they certainly are in the shadow of the current president might look different than they would have had they passed away ten years ago, five years ago, because there are a lot of things about George H. W. Bush that maybe people now appreciate that they didn’t appreciate at the time.

RUSH: Okay. So essentially there’s an acknowledgment there that we’re praising Bush 41 because of Trump, because we can draw the contrast. Again, I’m gonna ask the question. You’ve seen it, I’ve seen it. The unending, never ending praise for George H. W. Bush, the likes of which he did not get when he was president. And my simple question is: If George Bush 41 had died three weeks, two weeks before the November midterm elections and the funerals were scheduled before the elections, would we get this kind of treatment of George H. W. Bush and how great the Republicans used to be, before the midterm elections, hmm?