A Refresher Course on Trump’s Pacing

RUSH: We’re gonna start with Ralph in Tampa. Great to have you, Ralph. I’m glad you waited, sir. Really appreciate it.

CALLER: Thank you, Rush. Mega dittos. You know, I wanted to call in. I’m extremely upset with Trump and I’ve been a longtime supporter of his. I’ve had the opportunity to meet the precandidate as well as the postcandidate President Trump. And I’m not upset with him because of the CNN headline of the day. On the contrary, it’s because I just feel he’s not sticking up for himself, you know. Premidterm election, Trump was only really flooding the RINOs and the DOJ, mainstream media. But now he’s gotta fight two main fronts, and one is the legislative branch, and now he’s kind of lost the House and the DOJ and the mainstream media. So I just feel like he’s in a corner. We hired a street fighter to really go to Washington and fight for us. I just don’t feel like he’s doing that. He can’t do it via Twitter — 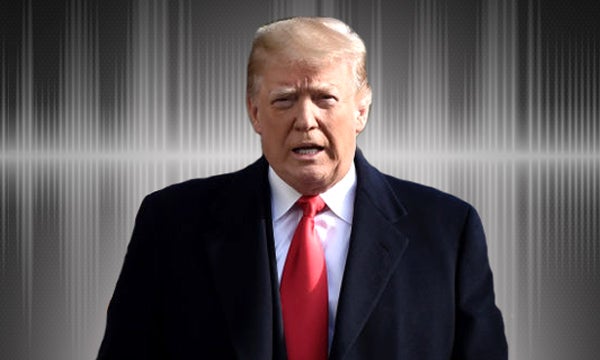 RUSH: You have got to be kidding me!

CALLER: I’m sorry, I don’t see it. I don’t see him taking the fight to the Department of Justice. You know, he had Sessions — and again, I’m still a staunch supporter of his —

RUSH: Oh, you think he should fire Mueller?

CALLER: I think he needs to attack the DOJ from the top down. You know, Sessions was an impediment to —

CALLER: Well, you know, Rush, I don’t know if you recall the very first press conference after the midterms when the media was asking him, “Are you afraid of indictments? Are you afraid of impeachment hearings?” He looked right at the camera and said, “Listen, I think Pelosi and the Democrats want to come together. I think they want to move America forward. But if they’re not ready to move America forward, I’m ready to dig in, I’m ready to fight –”

RUSH: All right. I need to remind you of a Trump technique that I know you know. It’s slipping your mind, and it’s called pacing. He does it all the time.

RUSH: Okay, Trump pacing. You remember when what’s her name, the Kavanaugh babe, the woman that accused…? (interruption) Oh, yeah, Blasey Ford. Remember when Blasey Ford came out and made the first charges against Kavanaugh? What did Trump say? He “found her compelling. We’re gonna listen to what she has to say. I thought she was very compelling, and, if this happened, then we’re gonna get rid of Kavanaugh; We’re gonna get somebody new.” He does this all the time.

How many times has Trump said something and made you think he was caving? It’s what he does. It’s how he begins. Like saying in his first press conference after the election, “I think Pelosi and Schumer are gonna want to work together. I think they’re gonna wanna get things done, and I think we can. I think we can come to agreement on a number of things in the budget, maybe on the wall.”

He does this to position himself as willing to. He does this to dispatch an olive branch. He does this to avoid appearing inalterably opposed from the outset. I’ve been caught by it early on. That’s why I had to evolve and develop the theory. I’ve given it the name “pacing.” That’s my name for it. So if you Google it, you’re not gonna find this definition. That’s just what I call it, and he did it with Blasey Ford. He’s done it on the Obamacare repeal and replace when it first started.

I can’t tell you the number of times that he has suggested that he could work well with Democrats, and he did it after the election. He did it even after that first press conference. I saw a story last week in The Politico (summarized) “Trump extending olive branch to Democrats in realization that to get anything done he’s gonna have to work with ’em.” But he has yet to disappoint. He did not ever join forces with Blasey Ford. He didn’t betray Kavanaugh. He did not betray the Obamacare repeal and replace.

He has not suggested that maybe we don’t need a wall after all. But, see, I may have gotten a little short with the caller. Because, you know, it’s easy for somebody on the sidelines sitting out here, any of us, to say, “Well, I’ll tell you what! If I were in there, you know what I’d be doing? I’d have fired Sessions and I would have fired Mueller, and I’d have done this and I’d have done that. I wouldn’t put up with it!” Well, you’re not there, and there isn’t anybody but Trump, and to suggest that Trump isn’t fighting back or that Trump is not trying to hold his ground or whatever? 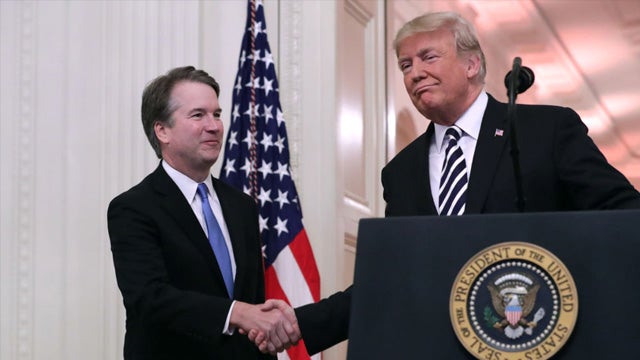 I don’t know what the term for this is, but I think if you’re of that frame of mind, you may want to step back and ask yourself, “Who else?” You know, I marvel. I’ve always marveled at journalists — reporters and so forth — commenting on the impropriety of people they cover and how the people they cover fall short, come up short. Well, what have you ever done but sit there and comment on other people? What have you done to advance the fight?

What have you ever done other than to tear something or a bunch of things down? It’s easy from the sidelines to sit there and complain. (impression) “He’s not fightin’ back. He ought to fire Mueller. He ought to fire Rosenstein. He ought to just shut down the Department Justice, and he ought to… he ought to … he ought to indict Comey!” My guess is he’s wanted to do a bunch of that stuff a number of times, and he’s got some people around him telling him to go slow; don’t overreact in that regard.

The Tillerson thing, I think, is a classic illustration of how the swamp works. In Washington — in polite company within the confines of the deep state, the establishment or the swamp — when you want to call somebody stupid, you say, “He doesn’t read. He doesn’t read the briefing reports. He’s not curious. Why, he even asked me to do some things on treaties that would have been violations of the law.” That’s how you do it in the swamp. Instead of saying somebody has “holes in their head,” you say they “have an open mind.” It’s all phony. 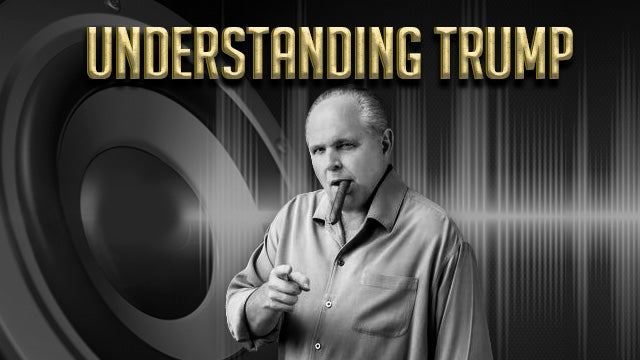 “Tillerson is a lazy, spoiled brat, and he’s stupid. I was amazed at how dumb the guy was after I hired him.” That’s not how the swamp does it. The swamp says, “Ah, he doesn’t read. He’s not curious! I don’t… I don’t think he… He’s not much of a thinker.” Tillerson said just as bad a stuff about Trump as Trump responded to with Tillerson. They call Trump a liar, but he may be the most honest man in Washington since Washington, in terms of telling you what he thinks — and this is another of the many violations of protocol and comportment and behavior.

You never tell anybody what you’re really thinking.

You never, ever do that.

RUSH: Remember, my friends, Trump is right. These payments to the two women are not illegal. They were privately contracted transactions replete with nondisclosure agreements, which are not illegal. There’s nothing indictable. There isn’t a campaign finance law violation, and certainly nothing impeachable in the “high crimes and misdemeanors” sense. But they’re trying to make you think that all of it is illegal and impeachable and indictable.