How the Media Covers for Steph Curry

RUSH: Now, I want to give you a lesson in how the media protects and shields their chosen members, how they go out of their way to protect Democrats who may say or do things that are just flat-out weird and dumb. The example here is Steph Curry, the NBA star for the Golden State Warriors, and we start with an audio sound bite. This is yesterday on Winging It with Vince Carter and Kent Bazemore. It’s a podcast, and Steph Curry is the guest. He’s the Golden State Warriors point guard, and during the Q&A here are Steph Curry, Vince Carter, and Kent Bazemore and a co-host Annie Finberg talking about the Moon landing. 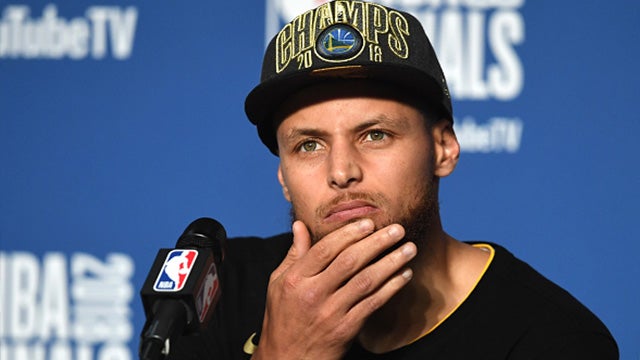 CURRY: We ever been to the moon?

CURRY: They gonna come get us.

CURRY: I don’t think so either.

FINBERG: You don’t think so?

We can’t do that to Steph Curry! Steph Curry is African-American. He’s a sports star. He’s a big hero. He’s a huge Democrat, a huge Democrat vote-getter and supporter. So we have to shield Steph Curry. So how do we do it? That’s what today’s lesson is. In the San Jose Mercury News: “Stephen Curry Said the Moon Landing Was Faked, But Let’s All Pretend He Didn’t — Stephen Curry says he does not believe humans have been to the moon…” By the way, several months ago, Steph Curry accused President Trump of being a racist.

After Steph Curry said that, Trump tweeted, “LeBron James was just interviewed by the dumbest man on television, Don Lemon. He made LeBron look smart, which isn’t easy to do. I like Mike.” So they’re out there jumping all over Trump for being his usual racist self. So LeBron has called Trump divisive and a bum. Trump and LeBron don’t agree on much. So naturally Trump is accused of being a racist.

That’s how Democrats operate. It’s how Democrat media operates. Now, to Steph Curry. For his smear of Trump, Curry was treated as an Ivy League graduate with a doctorate degree in human behavior. When Steph Curry comes out and called Trump a racist, he was applauded, he was celebrated, he was hoisted up on a pedestal. This is a great guy! This guy gets it! This guy is exceedingly intelligent.

He understands Donald Trump. Athletes, actors, musicians are treated as geniuses when they bash Republicans, especially President Trump. But when they reveal, proudly, when they proudly shout and reveal their ignorance, well, then they’re given a little kiss on the cheek.

And so the headline in the story: “Stephen Curry Said the Moon Landing Was Faked, But Let’s All Pretend He Didn’t.” It’s the actual headline. “Stephen Curry says he does not believe humans have been to the moon, a stance which is clearly unsupported by facts and hopefully just a joke,” says the Mercury News.

“Curry made the proclamation on The Ringer’s podcast ‘Winging It’ with teammate Andre Iguodala and hosts Vince Carter and Kent Bazemore; you can hear the exchange around the 46-minute mark.” And later in the story in another attempt at covering for Steph Curry the story says, “If he’s serious, Curry is hardly the only person to question the moon landing. It’s one of the most popular and enduring conspiracy theories in American popular culture, and research shows belief in conspiracy theories is one way people attempt to make sense of a chaotic world.” 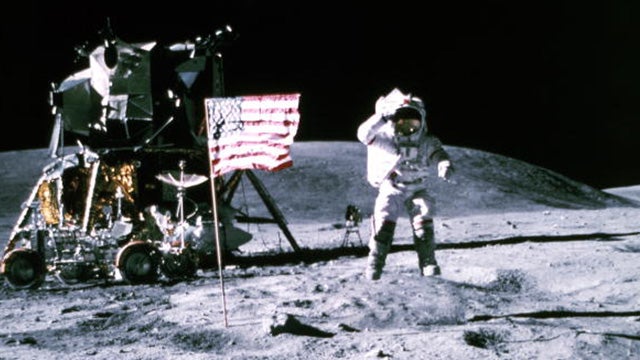 So, see how this works? Steph Curry proudly proclaims that the Moon landing is a hoax. He doesn’t believe it. The San Jose Mercury news, “Oh, no! Oh, no! How do we save Curry?” So we do it with the headline, “Stephen Curry Said the Moon Landing Was Faked, But Let’s All Pretend He Didn’t.”

And then later in the story, “If he’s serious, he’s hardly the only guy to question the Moon landing. He’s not alone. In fact, lots of reasonable people question the Moon landing. Why, it’s one of the most popular enduring conspiracy theories in American pop culture. And, in fact, we have research which shows that belief in conspiracy theories is one way people attempt to make sense of a chaotic world.”

And why is our world chaotic? Because of Donald Trump. And so you really can’t blame Steph Curry. He’s like anybody else in America today, totally confused, totally spent, totally just depressed as he can be because Trump is president and ruining it for everybody. And so he can be excused and forgiven for probably joking about the fact that he doesn’t believe we landed on the Moon, ’cause we cannot have it be that one of our prominent, genius athletes buys into a conspiracy hoax.

No. We reserve that categorization for people on the right, for right-wingers. And that’s how they do it, folks. That’s how they protect their own. Great illustration of media bias here in the San Jose Mercury News.