RUSH: So I just watched a little bit of the hearing going on now with the Google CEO being interrogated by various members of Congress. You know, it’s a combination of frustrating and humorous to watch a lot of people who don’t really understand… They hold up their iPhone and they ask the guy a question. They hold up their cell phone and they ask the guy a question. It’s somewhat frustrating and humorous at the same time to see people that don’t really know what they’re talking about or asking about.

One of the big allegations about Google and all of the big tech firms just in the past… It’s amazing the stages these things go in. We’re back now to the fact, “These companies are tracking every user’s location by the foot! They can tell when you’re here or there, and they’re monitoring every step you take, and they’re able to pinpoint where you are for advertisers at any time of day or night!” So everybody’s back on this. 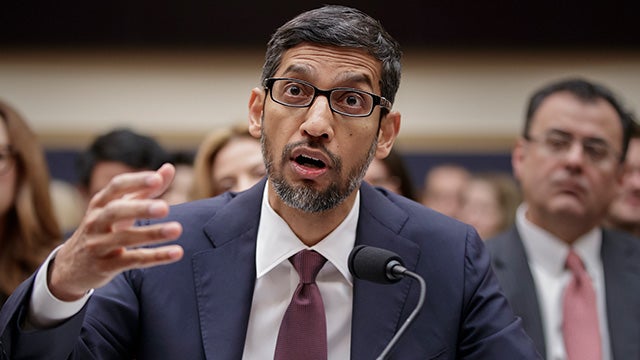 So one guy’s holding up his phone, and he’s asking the Google CEO, “If I stand up from where I’m sitting and if I walk over to the corner, does someone in Google know that I have moved that distance?” “Well, Senator…” He’s stumbling through an answer and a guy says, “Look, it’s not a tough question! You make $100 million a year. You can tell me whether or not if I go to the corner of the room, somebody at Google knows it!” Google isn’t tracking people individually. It’s not how the location data works.

I agree that it might be invasive to a lot of people. It might make them nervous, but there’s nobody there spying on you. They might be spying on Steph Curry because they think he’s a big star and they might like to know what clubs the guy’s going to at night. But mostly this location data is used for targeted advertising, and the genie’s out of the bottle on it. I mean, you can even turn location data off on your phone and you can still be tracked by GPS. It’s just the way the devices are made. But that’s not my primary focus.

I could spend hours talking to you about the premise of location services, location data, the pros and cons and all that. What I really want to talk about is how the Google CEO flat-out denied that they are biased in any way. This, to me, is far more ominous and threatening than whatever they’re doing with location data. I know it may be hard for some people to realize, but there just aren’t that many people who care where you’re going and what you’re doing. Whether they be at Google or whether they’re at Amazon or whether they’re at Apple or wherever they are. Huawei, Samsung.

But this business of denying that they’re engaging in bias on their search engine? Now, to me that is deadly serious. You’ve got these guys asking, “What are you doing about making sure the Russians don’t have any further efforts, successful efforts to damage our elections in the upcoming year?” And these guys have to act like that they missed it, that they blew it, that the Russians did all kinds of horrible, crazy things. But they didn’t! 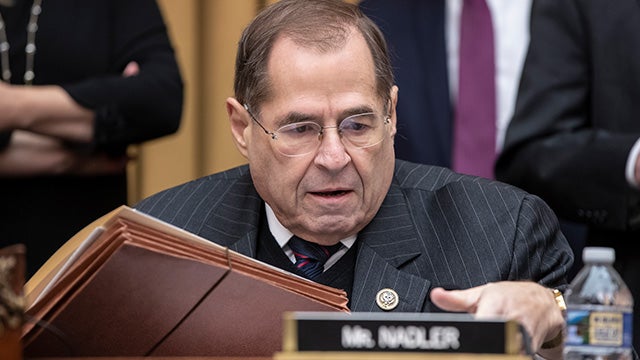 The amount of impact the Russians had on our elections via Google and other social media is a pittance compared to the impact the local Drive-By Media has with the stuff they flood social media with that then ends up many news digests and gets amplified and repeated by users! The Russians can’t keep up with what domestic media organizations are doing in terms of social media, polluting it and so forth with bias. But for this guy to deny that there was any bias whatsoever in the Google search engine?

It’s just an insult to everybody’s intelligence. It’s not even close to being accurate — and of course the Democrats are not interested in pursuing that side of it, because the bias benefits them. But, I mean… (chuckles) Just search any well-known Republican or conservative on Google and take a look at what the first four or five results are, and I’ll guarantee you they’re gonna be unflattering and they’re gonna be pointed toward extremism or racism or bigotry or some such thing. Nazi.

Google is bending over and grabbing the ankles and saying, “Yes, sir, yes, sir,” because it’s 800 million people, close to a billion. They want the market. So whatever the ChiCom communist government tells Google to do, they’re gonna do it. Eric Schmidt, the CEO emeritus of Google, practically had an office in the Obama West Wing! Google was the data organization for the Obama presidential campaign. These guys sit here and deny that they have any kind of political bias? I’m just telling you, that is a far greater threat to our, quote-unquote, “great democracy” than whatever they’re doing with location data happens to be.