Important Stories Piling Up in My Stack of Stuff

RUSH: Google’s employees are threatening to walk out and not work if Google enters into a deal with the defense department. The headline is: “Google Exits Pentagon ‘JEDI’ Project After Employee Protests — Google is dropping its bid for a multibillion-dollar Pentagon cloud computing project called JEDI after a spate of employee protests. … The decision follows a months-long protest by Google’s workers, who oppose the company profiting from government defense contracts.” 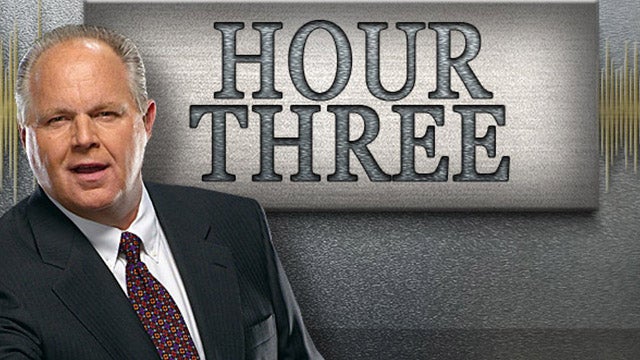 So here we have Google people who in many cases are fine buckling under the ChiCom government on their demands for limitations of availability on the search engine, basically censorship. The ChiCom government is demanding that search results in China be censored with the government acting as the censor, and the Google board is acquiescing and going right along with it.

And we don’t have any employees to speak of threatening to walk out over that. They don’t have any problem doing Chinese communist bidding. But, boy, if Google gets involved with the Pentagon, the employees are gonna threaten to walk out! So Google caved, and the CEO says (summarized), “No, no, no! There is no left-wing bias in our search engine! We do not do that. We do not engage in this kind of thing. I do not know why you asked me the question.”

Here’s a headline: “‘Massive Power Grab’: Trump EPA Prepares to Roll Back Obama-Era Clean Water Rules.” This is in USA Today, and it’s a bunch of BS. This is the exact opposite of a power grab. Here’s the opening paragraph: “The Trump administration is on the verge of moving forward with a significant rollback of an Obama-era clean water regulation that has become a rallying cry for farmers and property-rights activists opposed to federal overreach.

“The new proposal, whose details will be unveiled [today] is expected to ease government oversight of small bodies of water, undoing a regulation President Donald Trump has called ‘a massive power grab.'” The massive power grab was Obama, putting the federal government in charge of — I’m not joking! — puddles of water on your property! The rollback of Obama’s regulations will give property rights back to landowners and take dictatorial powers away from unelected bureaucrats in the government.

The power grab was what Obama did.

All in the name of protecting the environment and climate change.

Have you heard about the Bill and Hillary Clinton stadium tour, the get to know Bill and Hill tour, the “ill-fated ‘conversation tour'”? It seems like they have had a real problem selling tickets. Their first stop on the tour was in Toronto. They did it in a massive arena. They only ended up with barely 3,000 people. We don’t know how many of those 3,000 were comped. They had to go in and cordon off the place to make it look full.

It was an embarrassment, and now they have apparently canceled the next one, which was due to occur in Sugar Land, Texas — and Hillary has apparently split. She got onto a plane for “India for a wedding without any word of rescheduling a canceled appearance in Sugar Land, Texas. … Last week [they] failed to draw any significant attention at either of two appearances in Canada, announced that they’d be ‘postponing’ the Sugar Land appearance because of former President George H. W. Bush’s funeral,” his death, “but promised a new tour date ‘soon'” in Sugar Land, too.

Sugar Land is in Texas, Houston suburbia. “This weekend, though, Hillary Clinton was spotted … at a high-society wedding in Udaipur, India, according to The Hill…” They’re not drawing any crowds at all. This thing is not gonna happen unless they can find a way to populate these events by giving tickets away or busing in union supporters or what have you.

I’ve had this story for quite a while. I’ve not gotten to it. I insisted to myself, “Rush, do it today.” Denmark. Denmark! Oh, Denmark is held up as a great example of worldwide socialism the way it should be done. Denmark has all of the answers. Denmark is as close to European utopia as we could get. Well, guess what? Denmark tried utopian proposals and ideas with immigration, illegal and otherwise. They ended up being overrun like every other European country has been, and they’re fed up with it.

So Denmark has made a change.

Denmark is going to house their most “unwelcome foreigners” in a tiny, little island that’s hard to get to and therefore hard to escape from. The island now has little “laboratories, stables, and a crematorium.” They research contagious animal diseases on this island, and that’s where they’re going to transfer the most “unwelcome foreigners,” i.e., illegal immigrants. “As if to make the message clearer, one of the two ferries that serve” this hard-to-get-to “island is called the Virus.

“‘They are unwanted in Denmark, and they will feel that,’ the immigration minister, Inger Stojberg, wrote on Facebook.” They’re looking at this as an invasion. Unwelcome foreigners! Try using that phrase here about illegal immigrants. “Unwelcome foreigners” in the piece de resistance of European socialism, and they’re shuffling ’em off to a hard-to-get-to island where they’re researching contagious animal diseases!

“On Friday, the [government] announced an agreement to house as many as 100 people on Lindholm Island — foreigners who have been convicted of crimes but who cannot be returned to their home countries. Many would be rejected asylum seekers. The 17-acre island, in an inlet of the Baltic Sea, lies about two miles from the nearest shore, and ferry service is infrequent. Foreigners will be required to report at the island center daily, and face imprisonment if they do not.” So there are places around the world showing their degrees of frustration.

They open their borders. They believed that this influx would assist and grow their economies and their countries because they’re good liberals. Now they’re finding it’s the exact opposite, and they’re getting tough, and they’re sending signals, “Don’t show up. Don’t come! We don’t have room. We don’t have the economy, and we’re not gonna put you on our welfare system, other than to ship you off to an island where we are researching contagious animals’ diseases.” That should do the trick, if anything does.

There’s a new Harvard study out, ladies and gentlemen, and the feminazis are not gonna like it. This new Harvard study says that the gender pay gap, to the extent that it exists, can be “explained entirely by work choices of men and women.” New study out of Harvard: “Remember, if we truly want to measure the impact of sexism on male and female relative earnings, we want to look at men and women doing exactly the same job at exactly the same place.

“Fortunately, a new study by Valentin Bolotnyy and Natalia Emanuel of Harvard University — again, listed in that order because that is how they are presented in their paper — does just this. They look at data from the Massachusetts Bay Transportation Authority (MBTA). This is a union shop with uniform hourly wages where men and women adhere to the same rules and receive the same benefits. Workers are promoted on the basis of seniority rather than performance, and male and female workers of the same seniority have the same choices for scheduling, routes, vacation, and overtime.

“There is almost no scope here for a sexist boss to favor men over women. And yet, even here, [the two researchers] find that female train and bus operators earn less than their male counterparts. From this observation, they go looking for possible causes, examining time cards and scheduling from 2011 to 2017 and factoring in sex, age, date of hire, tenure, and whether an employee was married or had dependents.” Here’s what they found: “[M]ale train and bus drivers worked about 83% more overtime than their female colleagues and were twice as likely to accept an overtime shift — which pays time-and-a-half — on short notice and that around twice as many women as men never took overtime.

“The male workers took 48% fewer unpaid hours off under the Family Medical Leave Act each year. Female workers were more likely to take less desirable routes if it meant working fewer nights, weekends, and holidays.” In other words, the differences in what men and women were paid at the Massachusetts Transportation Authority was explained by the choices women made when it came to overtime, time off, weekends worked.

They discovered that to the extent that there is a pay disparity at places where the same jobs are being done by men and women, it’s not because women are being paid less. It’s not because there’s discrimination against women by any stretch. It’s because of the choices. More men are willing to work overtime. More men are willing to take time-and-a-half overtime on short notice; women aren’t. Nothing wrong with any of this.

It’s all choice, but it’s not because of discrimination. It’s not because of any kind of unfairness toward women. This is a union shop! Men and women are paid the exact same amount per hour. It’s just that men will accept the opportunity to work more hours than women do, and no judgment is being made on why. It’s just the fact of the matter. They’re trying to disprove this idea that women and inherently prejudiced against and biased against in pay and it isn’t the case. 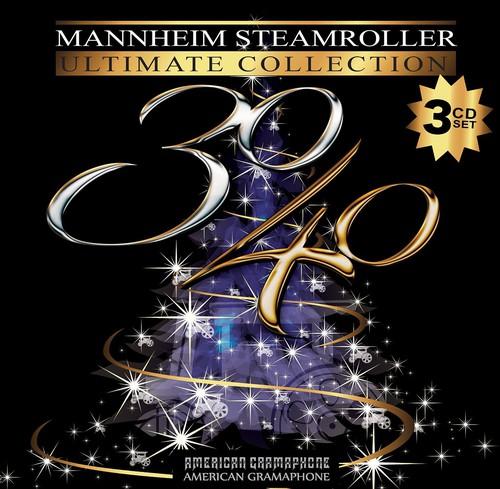