RUSH: “Democratic pollster Molly Murphy said in an interview that aired [yesterday] that voters are fatigued over news of ‘wrongdoings’ committed by President Trump.”

They’re worn out! Understandable. People’s emotional reservoirs deplete rapidly. They’re not ongoing. There’s no way to refill them. They’ve had it. Two years of waking up every day and having nothing in the news but supposed Trump wrongdoings, Trump criminal actions, Trump collusion. A Democrat pollster is trying to warn her people: It doesn’t work anymore. People are fatigued. They’re tuning it out.

RUSH: We have a Democrat pollster saying that voters are fatigued over news of Trump “wrongdoings.” And then this. There’s a report. (impression) “If you look at that report, he clearly has dodged his taxes. He has clearly found loopholes. You can argue whether it’s common practice in business or not, but where there’s some clear wrongdoing. I do think that people tend to let that wash over them.”

Translation: “We’ve done everything we could! We’ve lied about him. We’ve tried to find the truth. We’ve tried to make everybody hate this guy, and they’re getting tired of us telling you about it!” So rather than slink away and go away, they add to it. They ratchet it up. “Murphy went on to say that she believed that negative news about Trump hurt Republicans in the midterms. ‘I do think that he has paid a price if you look at the results of the midterm election, and so I don’t think people are turning a blind eye,’ she said.

“‘I think their one mechanism to show “hey, this bothers me,” “hey, this upsets me,” is through voting,'” and who knows if there’s a point to that. Pfft! How does this stuff not hurt to some extent? I mean, that’s its purpose. Gallup is out with a poll, and the purpose of Gallup’s poll is to identify what the American people are most concerned with! As you look at it, I got the top five things here, and there’s not one of them that mentions Trump. 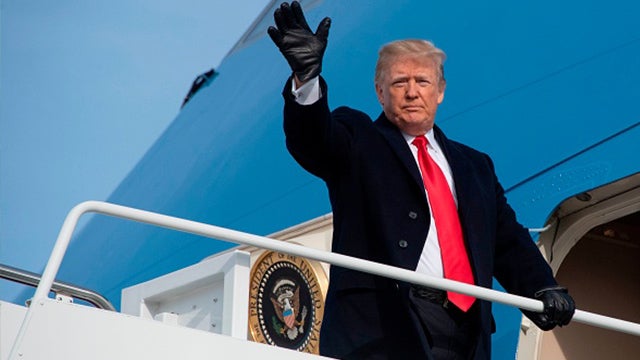