Democrats Are Dancing, Celebrating and Mocking 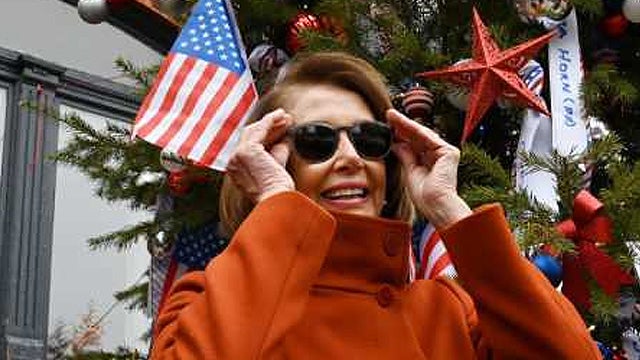 Because he broke his tax pledge, ’cause George H. W. Bush famously said, “Read my lips: No new taxes,” and then a short time later, “Ignore my lips: Pay higher taxes.” I said at the time of these memorials that all of that was intended as a message to Trump, because nothing happens in that town in an isolated way. They weren’t actually there just to honor George H. W. Bush. They were there for PR. They were there for marketing and buzz. Make no mistake about it.

And part of it was to send a message to Trump that, “This is how you get respect from us. This is how you end up being praised. You have to die! You have to die before you’re a good Republican. You’re gonna have to die before you’re a good guy. But when you die, look at what we’ll say about you. This is our offer: Don’t do the wall, stop talking about all this, break your promise, lose the next election — and then die — and we will give you what you want.”

That’s the deal. Nobody in their right mind would take a deal like that. Guess what the opposite is beginning to happen? They said he should break his wall pledge and the media and history would praise him. Guess what? The opposite is happening. The media already mocking Trump for caving! They already think he’s caving. They thought last night he was caving. Is there love? Is there adoration? Is there respect? There isn’t, Mr. President. They’re laughing at you. They’re mocking you. They’re making fun of you.

They’re calling you a loser. They’re saying you’re not serious. They’re telling your voters that they should have known this and should never voted for you, that you didn’t mean it. Pelosi’s dancing and singing (and she can’t do either) at an adult-beverage location last night. The Democrats, of all people, singing Christmas carols on the floor of the House last night. There’s no love. There’s no admiration. There’s no praise. There’s continued mocking, and that’s all there ever is gonna be.

So, Mr. President, you may as well earn it, ’cause they’re gonna do it no matter what you do, and the crowing doesn’t stop with the print media. Amanda Carpenter at CNN who ran… Well, she was a communications person, I think, for Ted Cruz in his campaign. She said on Wednesday, “The Democrats just broke Trump before they’re even sworn in to take over the House.” They just broke Trump! Trump’s finished. They’re dancing on the grave already. They’re celebrating.