Mark Meadows to Trump: We Have Your Back

RUSH: Mark Meadows, North Carolina congressman, spoke in a special order on the floor of the House of Representatives last night and, among other things, said this… 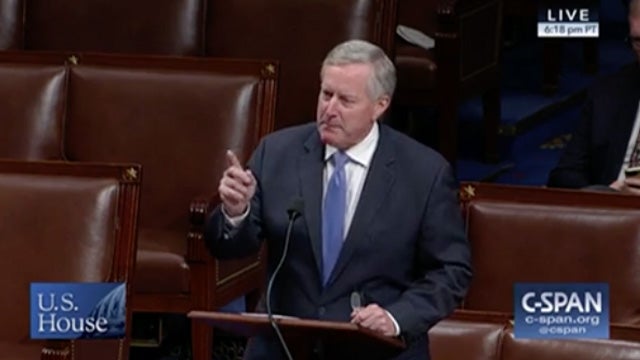 RUSH: Mark Meadows assuring President Trump that they will have his back — and, more importantly, that so will you, who… By the way, I know this is true. I know that every Trump voter and probably a few additional will have his back on this. Because, folks, I can tell you this. The Washington, D.C., swamp thinks all this is just a game; it’s just a joke. They’re privately laughing. The Democrats last night were singing Christmas carols on the floor of the House in celebration.

Democrats! Christmas! They don’t even believe in Christmas and they’re out there singing Christmas carols! Remember, Donald Trump doesn’t like Christmas parties, they say, because he’s jealous that it’s Jesus getting all the attention. They’re singing Christmas carols and Pelosi’s out there dancing, consuming adult beverages. This is all a game to them! That $5 billion is the kind of money that they engage in fraud to send off to people. It’s nothing. It’s all a game.