The False Flag Operation in the Alabama Senate Race

RUSH: This false flag operation in Alabama, here are the details of this — and to me, it is important, because it blows up so many things the left has been attempting to establish.  Now, the guy behind it, the money behind it is a guy named Reid Hoffman.  He is a Silicon Valley tech billionaire.  He is the co-founder of LinkedIn.  He was one of the early investors in Facebook.  He “was behind a six-figure misinformation campaign that involved falsely linking Republican Senate candidate Roy Moore to Russian-influence operations during Alabama’s December 2017 special election.”

So essentially what happened here is a left-wing billionaire gave $100,000 to an online misinformation campaign that mimicked Russian interference operations.  In other words, this guy from Silicon Valley working against Roy Moore — and it wouldn’t have mattered who.  They would have done this anyway. It was a test-market kind of thing.  They were testing this for future operations, and the media totally fell for it.  In fact, I think a New York Times reporter actually spoke at one of this group’s gatherings here to participate in the so-called findings.

So the Democrats have these theories about how the Russians interfered in the 2016 election.  So they found this guy, Reid Hoffman.  I don’t know how hard they had to look for him, but he gave them a hundred thousand dollars to help fund a misinformation campaign that was made to look like Russian interference.  Reid Hoffman, early investor in Facebook, cofounder of LinkedIn was behind this campaign that involved falsely linking Roy Moore to a Russian influence operation.

In other words, this operation was made to look like the Russians wanted Roy Moore to win — “and media fell for it”!  The media reported that it looks like Russians are interfering in the Alabama Senate race, and it was “used to gin up opposition to Roy Moore as they were following on the coattails of the entire deep state disinformation campaign that the Russians had been helping Trump.”  Reid Hoffman funded Democrat operatives who staged the “false flag” to falsely link Roy Moore’s campaign to Russian bots in order to boost Doug Jones, the Democrat’s, Senate campaign.

And Jones, of course, went on to win after defeating Moore which was called “an upset.  Hoffman devoted the same amount of money toward the misinformation campaign as actual Russian operatives are said to have spent on a Facebook influence operation during the 2016…”  In other words, this guy did everything the Democrats are railing against!  This guy, Reid Hoffman, did everything the Democrats are using the Mueller investigation to ferret out!  This guy did it, and camouflaged it to make it look like a Russian operation!

And then they created this false narrative that the Russians were trying to get Roy Moore elected!  And right in there falling for it hook, line, and sinker is the Drive-By Media!  Now, CNN has not reported the story.  You know when this story broke?  December 19th.  That’s how old this story is.  This story has not been reported in the Drive-By Media.  It hasn’t been talked about on television. Well, it may have in the past two weeks; I don’t know.  That’s why I asked if anybody was familiar with this before I began. (interruption) You haven’t? (interruption) This is the first time you’re hearing this?

The story that I’m reading from is dated December 27th. It says, “Hoffman apologized on Wednesday for funding the misinformation campaign. Hoffman’s apology came after Facebook suspended the operatives he paid for their role in the misinformation campaign.”  So they’re out there wailing and moaning about Cambridge Analytica.  You know, nothing gets under my skin like that.  The media reports on Cambridge Analytica — which was the research firm founded by the dreaded… What’s their name?  Rebekah what? Mercer!

The dreaded Mercers owned Cambridge Analytica, a data analytics firm, and supposedly they leveraged Facebook, and they found out all kinds of private information about all kinds of people, and somehow influence… Of course, that’s being portrayed as the only thing that Facebook’s ever done run and that’s why Zuckerberg’s in trouble ’cause he didn’t shut down the Mercers, Cambridge Analytica.  Yet here come these Democrats and these Silicon Valley guys and they’re doing all of that and more on Facebook, and nobody’s reporting it!

Now, there’s a guy that’s been involved in this operation.  I’m gonna get a little inside baseball here, and it’s not for any reason other than to inform you.  This operation has a name.  It’s called Dry Alabama.  The Dry Alabama effort of progressive Democrats to defeat Roy Moore in an operation made to look like the Russians were trying to get him elected, quotes a guy, a “veteran activist” who worked on the campaign.  His name is Matt Osborne.

Matt Osborne was one of the leaders of the #StopRush effort on Twitter, creating out of whole cloth the notion that there’s controversy on this program and advertisers have to shy away from it.  So the same guy that went — and, by the way, we found out every name of the #StopRush people. We found out who they were and how they were using bots. We identified them. We know where they live. We know their names, their occupations, their former occupations. We’ve been able to tell our advertisers everything about this false, phony operation.

And they just change places and they work on one operation, move on to the next.  This guy was working on his false flag operation.  Now, the important thing here is that the entire Mueller investigation — the entire deep state operation — to overturn the 2016 election is based on a phony allegation that the Russians wanted Trump to win and somehow meddled in the election with Trump’s knowledge to defeat Hillary Clinton.  For that, the election needs to be overturned or Trump needs to be impeached or Trump’s policies need to not happen.

You know the drill. 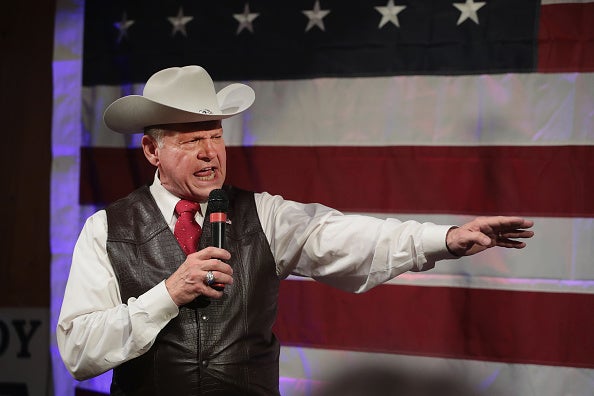 Mueller’s still looking for things after a year and a half, almost two years now.  Now we come to find out that a bunch of Silicon Valley money along with Democrat hack activists actually employed what there’s no proof yet for the Russians having done! They have actually used one of these operations to make it look like the Russians were trying to help Roy Moore.  Now, if this happened, could it not also be the case that Hillary Clinton and the DNC and a bunch of people in that whole operation from Fusion GPS to Christopher Steele also engaged in a similar false flag operation to make it look like Russians were involved when no Russians were, or very few?

We know there’s some Russian troll farms that were engaging in bot operations after the election. But what if the truth of the matter is that there weren’t any Russians, it was a bunch of activist Democrats making it look like Russians. We’ve alleged to this, we’ve acknowledged the possibility of this. And what, therefore, if the entire Mueller investigation is nothing more than an effort to make sure nobody ever learns this?

Nothing would surprise me ’cause this whole Mueller investigation remains one of the most irritating, irresponsible, damaging, thoroughly un-American things that has happened in this country in my lifetime. The bastardization of justice, the creation of a two-tiered justice system, the criminalization of policy in politics that you disagree with, all of this has happened with the Obama Department of Justice and some of the intelligence people there, and it’s ongoing in the Mueller investigation.

And now we find out that Silicon Valley money was used to run an identical operation against Roy Moore to make it look like the Russians, after they had elected Trump, were now working to elect Roy Moore. No way of knowing how many votes this operation affected, but given the intensity of the Russians meddled in the election news that was practically all the news there was following the 2016 election, remember this special election was in December 2017. We’ve had a year of a steady diet of this garbage that the Russians tampered and meddled with the election in 2016, there’s no question that this might have affected some votes in the Alabama race.

And now this guy, he’s apologizing for it, Reid Hoffman, he’s apologizing because he got caught. “A NY Times Reporter Spoke At An Event Organized By Alabama Dirty Tricksters.” The New York Times reporter’s name, Scott Shane. He spoke at an event organized by the group that ran the disinformation operation aimed at Roy Moore. Now, the date of this story is December 27th, so I guarantee you nobody saw it.

It says here: “Last week the New York Times revealed that money from tech billionaire Reid Hoffman was used to run a small disinformation ‘experiment’”. And I have no doubt that it was an experiment. But I don’t think it was the first one. Anyway, “a small disinformation ‘experiment’ aimed at helping Democrat Doug Jones win last year’s Alabama special Senate election. That resulted in Facebook suspending five accounts and Hoffman issuing an apology.” 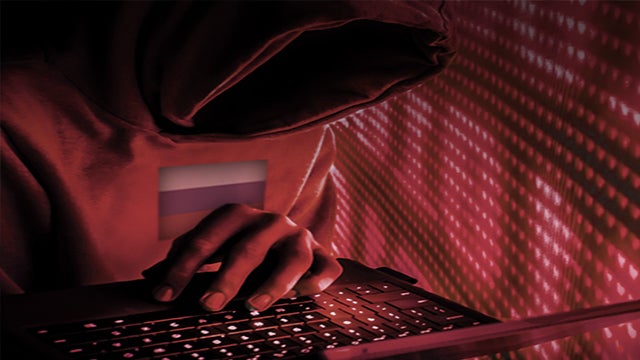 Oh, he’s so sorry! He didn’t mean to do it! It’s not who he is! “But left unmentioned in the Times story was that one of its authors learned about the Alabama campaign when he spoke at an off-the-record meeting organized by the same group who ran the operation. A copy of a confidential report about the Alabama effort, obtained by BuzzFeed News, raises new questions about whether the project was — as the Times said — an ‘experiment.’”

There’s no way it wasn’t just an experiment. They’d already run the experiment. I’m convinced that the experiment was the false flag Russian operation against Trump. Scott Shane, New York Times national security reporter, was one of a handful of speakers — these people in the intelligence community, the journalist community have been so corrupted by the Obama DOJ, the Obama intelligence department, they were used! They were given false information as a test to see what they would do with it!

One of these reporters was actually told that the Russians had shut down the electoral grid in Vermont, Russian bots. And this guy ran with it, just ran with it on the basis of Obama administration sources. The Vermont electoral grid was never damaged. It was never shut down. It was never harmed. This guy didn’t even check. He just accepted that, “Well, it’s the Obama administration. They wouldn’t lie to me. They love me.” 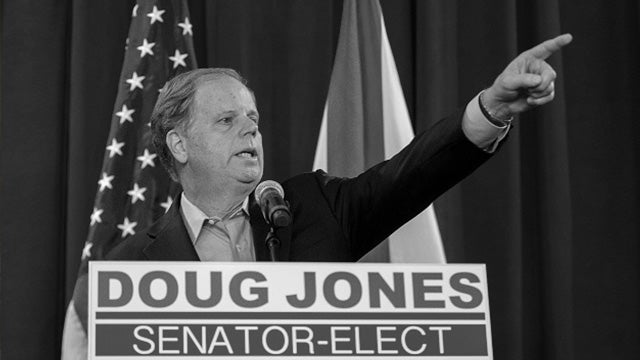 So he ran with the story. These people were testing media people all the time to find out how gullible they were, how stupid they were, how slavish, how groupie-like they were and were planting information.

And Scott Shane, New York Times national security reporter, was invited to a meeting in Washington in early September by American Engagement Technologies, the outfit that’s run this operation. It’s run by Mikey Dickerson, previously served in the Obama administration. The organization received $750,000 in funding that originated with Reid Hoffman that spent approximately $100,000 on Project Birmingham Dry Alabama. That’s what I wanted to tell you.