RUSH: You remember when the president did his Oval Office address on the crisis at the border and I said I wish that he would take some of the video of all of these Democrats — Pelosi and Obama and Schumer and Hillary — and just replay for everybody all of the things they have said in support of paying for a wall and building a wall and all the things they have said about the dangers involved in having open borders.

‘Cause they’ve all said this starting, you know, 2005 up to 2015. We played some of those sound bites yesterday. Well, the president didn’t do it during his national address, but he’s doing it now via Twitter. I’m telling you, you just have to love this guy, and I hope that he keeps doing things like that. He just sent out a tweet, “President Obama, thank you for your great support. I’ve been saying this all along.” And the video that’s attached to this, this is the audio to it. It’s audio sound bite number 7 for us here.

President Obama, thank you for your great support – I have been saying this all along! pic.twitter.com/L506g9Aq4z

OBAMA: We now have an actual humanitarian crisis on the border that only underscores the need to drop the politics and fix our immigration system once and for all.

RUSH: Stop the tape, stop the tape, stop the tape. That’s where the Trump version ends. But Obama continues. Hang on. Don’t hit it, yes. I’ll cue you when I’m ready. Just recue this thing back to the top. Of course, there’s no more recueing now with digital files. At any rate, have it ready to go from the top. Trump did not play the entire 21-second sound bite. I want you to hear the whole thing. Trump chopped it basically because of the brevity required on Twitter. I think he chopped it when Obama had finished saying “fix our immigration system once and for all.” But here is the entire thing.

OBAMA: We now have an actual humanitarian crisis on the border that only underscores the need to drop the politics and fix our immigration system once and for all. In recent weeks we’ve seen a surge of unaccompanied children arrive at the border brought here and to other countries by smugglers and traffickers. The journey is unbelievably dangerous for these kids.

RUSH: 2014, by the way, June 30th, 2014 is when Obama said that. And you notice his reference to unaccompanied children! Why, I wonder why that was. I mean, Trump and his administration had been roundly criticized for separating families, and here is The One announcing that they were arriving that way during his administration and it’s widely known but not reported that the Obama administration separated families, particularly those claiming asylum, as well. Nothing unique to Trump about this. So this is out there now. And Trump, I hope he continues this. 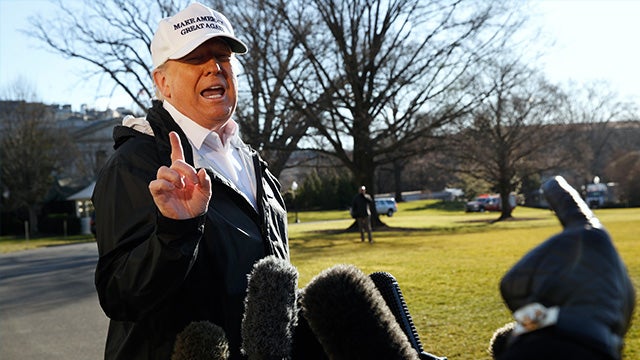 While we’re at it, let’s continue here with our montage. We’ve added to it. We’ve made our own montage from yesterday a bit longer. Yesterday was, I think, 25 seconds. Now we got it up to 49 seconds. We’ve added Nancy Pelosi to our Democrats advocating the wall. Here we go…

HILLARY 2015: I voted, ehh, numerous times when I was a senator to spend money to build a barrier, to try to prevent illegal immigrants from coming in.

OBAMA 2006: Those who enter our country illegally — and those who employ them — disrespect the rule of law. And because we live in an age where terrorists are challenging our borders, we cannot allow people to pour into the U.S. undetected, undocumented and unchecked.

PELOSI 2006: All of us agree that we need to have comprehensive, bipartisan, immigration reform. That can only begin strong border control. We must have that. We must control our borders. 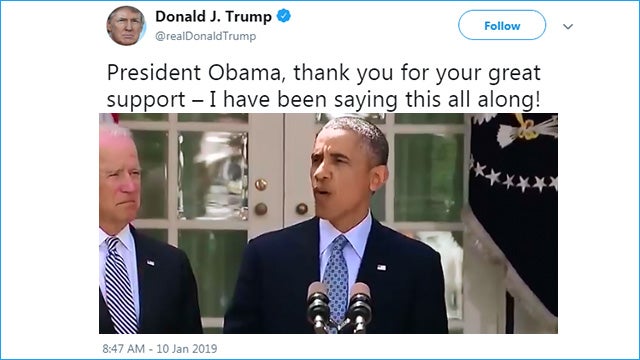 She only voted when it was safe to vote that way, meaning the Democrats were gonna carry the day. The money was not gonna be allocated, but they allowed Democrats to vote in those circumstances if they needed that vote to win an election or to satisfy a constituency somewhere — or a donor — who was demanding something or other. So not that they made any of this happen because none of this ever got resolved — and this is another point to make.

Not a single bit of this ever got resolved. Now, here are the Democrats acknowledging this crisis all the way back 2005, 2006, 2009, 2015, 2016. Yet all day on Tuesday and all day on Wednesday, all we heard from the Democrats was “manufactured crisis.” All day Tuesday and all day Wednesday and all night last night the Drive-By Media said, “manufactured crisis.” Tucker Carlson put together a montage… I happened to be tuning around last night and I saw this montage.

You know, I sit there and I smile when I see these. It was a montage of all the Democrats and all the media people using this, describing this as a “manufactured crisis,” and we started this trend way back in 1999 or 2000 when George W. Bush chose Dick Cheney to be his vice presidential nominee, running mate. That’s when the Drive-Bys all started saying that the choice was because of or contained “gravitas.”

They come up with something; Democrats follow. It really doesn’t matter because they’re all aligned anyway. And whether the media is leading the Democrats on a day-to-day basis or not, in all practical matters they are aligned and have the same agendas and the same objectives against Republicans and against conservatives. And it’s this… This manufactured crisis? Manufactured crisis? The Democrats were talking about the crisis in 2005 and 2006 and 2009, 2012, 2014, 2015.

Manufactured crisis? They’re accusing Trump of manufacturing this when no crisis exists, and here’s where the Democrats are now. Pelosi… I’m sure you’ve heard the stories and the lying stories about how Trump stormed out like a petulant child in the negotiations yesterday between Pelosi and Chuck and himself and Pence. Schumer puts out (sputtering), “He just stormed out like a child. When Nancy told him there wasn’t gonna be a single dollar, he stormed out! He just… He just threw a temper tantrum and left!”

And Pence says, “That’s not true. He was passing candy around in this meeting.” Where the Democrats are right now… I mean, it’s no mystery why. They hate Donald Trump. They are being governed and dominated by hate. I find it fascinating. They’re always the ones launching that allegation at us, but it is unmistakable, it’s undisguisable, it’s undeniable. They hate Donald Trump for a host of reasons. We’ve all discussed them. We know what they are. But hatred is a poisonous thing.

And they’ve now gotten themselves into circumstances where despite all of the history… We could go back (as we’ve done) and bring back to life all of the sound bites and all the videos of all these Democrats saying identical things that Donald Trump said. Today, they’re acting like they never said those things, accusing Trump of manufacturing a crisis. Their position, therefore, is, “We don’t need to do anything. 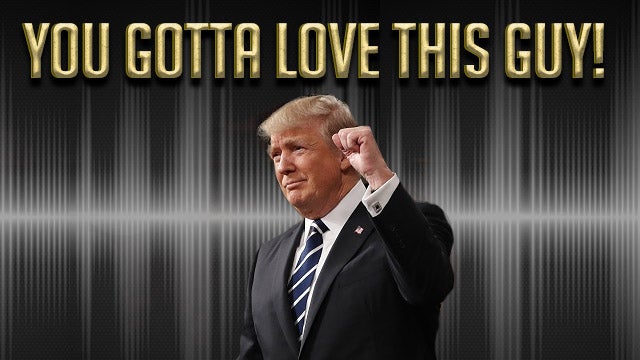 “There isn’t a crisis because Trump has manufactured it, and so whatever’s going on at the border is okay. It’s fine. We don’t need to do anything about it. We’re not even willing to authorize an additional dollar to shore up border security.” Then we got Alexandria Ocasio-Cortez where she — and I played the audio yesterday, and this is so eye opening. It tells you how they actually feel about native Americans — and I don’t mean Indians. I’m talking about legal American citizens.

Ocasio-Cortez said (summarized), “The people arriving here with nothing but the shirt on their back are more American and have more in common with America than the bigots trying to keep them out.” So as far as the Democrats are concerned, there’s no such thing illegal in this situation; there is no moral component here whatsoever. The United States needs to keep its border open and admit these people because it’s our fault that we exist as we do.

It’s our fault we have so much prosperity and they don’t. It isn’t fair that we have been so much and they don’t, and so if they want to come make a claim on it, then we have to stand out of the way and let them. Because they are more deserving than we are, even though we are the producers. We’re the ones that made it happen for over 200 years. I’m talking about the American people. But now all of a sudden, according to the modern-day Democrat Party, illegal noncitizens have a bigger claim on the prosperity and opportunity in this country than you or I do.

But it is a crisis they think they will benefit from. I should tell you another thing. They are more concerned, folks, with people who are not citizens than people who are. You know one of the reasons why? One of the reasons why is the Democrats know that as time goes on, more and more Americans figure them out. More and more Americans understand that they are not honest, that they don’t appear before us telling us who they really are and what they’re really gonna do.

They have to mask themselves, camouflage, you know, the whole drill. So more and more people in this country, over time, become more and more understanding and educated about the Democrats. So here comes a crop — a never-ending flow — of illegal immigrants that don’t even speak the language, who cannot provide for themselves, and they don’t care who the Democrats are. And it’s gonna take them years and years and years to find out. 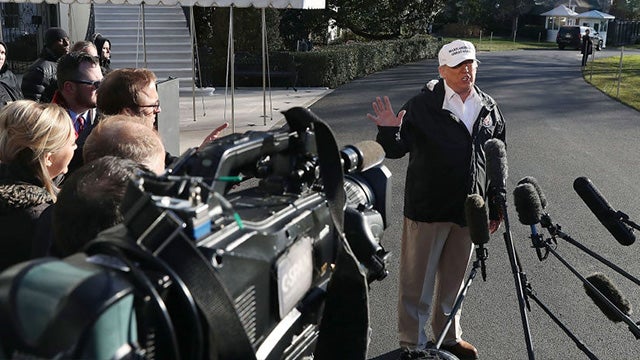 People because they don’t speak the language, people because they’re not very educated and certainly don’t have any ability to earn significant income, who are never gonna figure out what the Democrats are! The Democrats will find it much easier to lie to these people than it will be to continue to lie and get away with it, the American people at large. And you think if I’m wrong about this, take a look at presidential election.

They don’t win every one, and Trump beat Hillary Clinton, who was supposed to be a big landslide winner. It is accurate to say that more and more Americans do finally figure Democrats out and leftists out. If they didn’t — with the help of the media and all the other advantages they’ve got — we would already have lost and become a pure socialist dictatorship by now. But we haven’t, and it’s because people continue to be wise to who the Democrats are.