What I’m doing here is killing time because I knew this was gonna happen. The staff has walked in — wait. The theme is still playing. They can’t hear you singing so you’ve gotta start all over again. It’s not my birthday today. Tomorrow is. In utter defiance of my wish that nothing be done about it, the staff every year comes in and sings happy birthday. (staff singing) Thank you. What is that? What is that supposed to be? 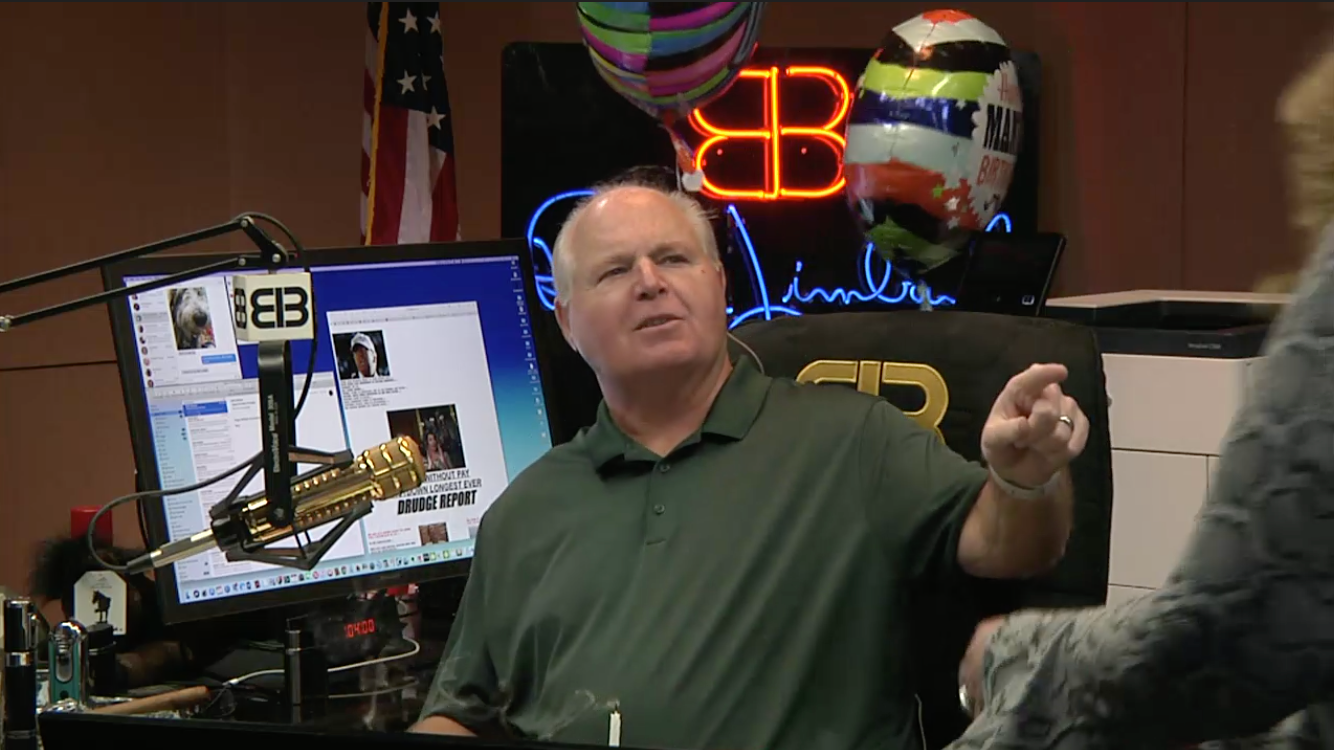 DAWN: It is a white trash cake, but it has glass balloons.

RUSH: By the way, ‘white trash cake’ is a popular term here that we use. It does not denote racial connotations at all. What are those, black olives on there? “A manly birthday.” Okay, just one candle, who can’t blow that out? Gone. Oops! Forgot to make a wish. But the wish is always there.

I like the colors on there. Thank you very much. I have given up, I’ve given up asking the staff to ignore this, they simply won’t. I thought maybe I’d skate because the birthday is not ’til tomorrow. 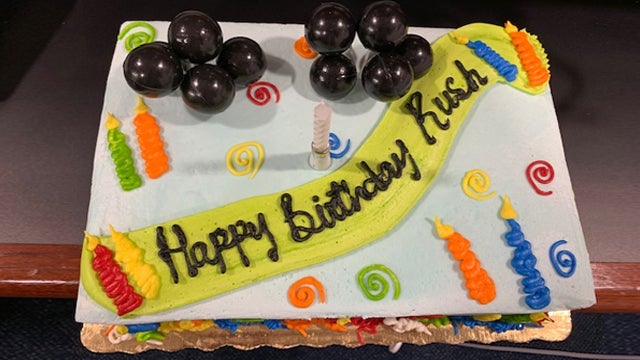 Do you know who else has a birthday on January 12th? Jeff Bezos. Did you know that? I had no idea. There’s a lot of famous people with birthdays on January 12th. Of course with me leading the pack.

RUSH: Mansfield, Ohio. This is Tim. Great to have you, sir. Thank you for waiting.

CALLER: Pleasure. So you’ve repeatedly said when you were young you’ve always wanted to be older and you enjoy getting older. And, no offense, but you’re no spring chicken anymore. So I’m just wondering, do you still enjoy getting older?

RUSH: Well, it’s a great question. In fact, I was just thinking about it a half hour ago if anybody would remember I have said that, and here you are. For those who may not be aware, just let me restate the thing that you have recalled, the thing that I always used to say.

Now, I wasn’t aware, of course, in these times of people’s problems. This is a generic assessment of people. I was not delving into people’s personal lives. This was just a general assessment. And I think it was largely due to the fact that I just was unsatisfied when I was young. I didn’t like school. And I kept hearing people, “Man, high school and college, best days of your life.” Not for me. They were obstacles. Those days were obstacles. I knew when I was 8 or 10 what I wanted to do.

RUSH: I turn 68 tomorrow, and I don’t have any regrets. Those are pointless ’cause you can’t change anything. But you’ve heard the old lament, “Man, if I could have known or had some of the financial wherewithal 30 years ago that I’ve got today,” of course, that’s just a wasteful exercise in dreaming and imagining. But I have not yet hit the point where I wish I was not getting older.

RUSH: Well, for me, it. I’ve been very lucky. I say that every day is an adult Christmas for me, and it is. This is not to say that I’m perpetually content and happy. I’m like everybody else. I get mad some days. There are days I get depressed and all this. But, I mean, overall, getting older has always been what I thought it was gonna be. There hasn’t been anything disappointing about getting older.

RUSH: There are some things that — now, wait. But how deeply do you want to go with this? How deep?

CALLER: Well, the reason I was asking ’cause I shared your sentiment my whole life as well. But now I’m almost mid-thirties, you know, you see your parents starting to age and more people are starting to die and you’re like, ah, man.

CALLER: But it is still fun. I love every year — 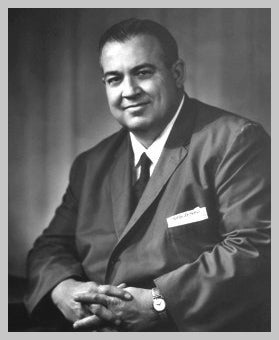 But, you know, I’m a very reflective and introspective person. And I mentor a young man whose father died not long ago. And he was asking me a series of questions about things. And I said, “You know, one of the things I wish I could impart to you but I can’t, you’re gonna have to live it.” And he’s not even 20 yet. He has already lived a life that has much more in it than mine did when I was 20. He’s been more places, he’s seen more things, met more people.

CALLER: Just one more time — one thing deeper, ’cause you always talk about your father. Had he been around to see this, do you think you may have felt, ah, I think that’s it?

RUSH: Okay, ask me that question again about my dad.

CALLER: Okay. Your father, he wasn’t around to see how successful you are, you know, running the country now. And I just wonder how important that would be if he was able to see that.

RUSH: Okay. Now, that is, to me, a fascinating question. My father died in 1992 right at the beginning of all this. He saw very little of the success. I was able to buy my mom a Ford Taurus. She loved it. He could not believe that you could buy a car without having to make payments. He was overwhelmed by that. And he loved airplanes. He would have gone nuts being able to zip around on EIB One.

But the fact that he wasn’t around to see it, it’s more that I missed a resource. He was a great resource for me to bounce things off of, to offer me perspective that I was unaware of. He had lived longer than I had. He was highly informed, educated, opinionated, and so forth, and was unabashed in sharing all of that. But, you know, the answer is, I don’t live in the — this is not a criticism of the question. I don’t live in a what-if world. I don’t rub my hands together and say, “Oh, I wish my dad had been here.” He wasn’t.

I will sometimes sit here and say, oh, I wish my mom and dad were alive when Harry Reid’s trying to get me banished or when these clowns in the media accuse me of running the country, being president in absentia, this kind of thing. But they’re not. And I just have to take solace in the fact that they would have been proud and appreciative and so forth. And I think I know what my dad would be reacting to in terms of the media, the way I get reported and covered. He would be chastising me for letting them get away with it. I know certain things that he would be doing.

But he’s not here, and my mom died in 2000, so she got to see and participate in much more of this. I had great satisfaction in that regard. But it’s enough for me to know that he, more than he ever knew, adequately prepared me for it. And that’s enough. And I have great faith that he’s aware of it anyway. I do have that belief. 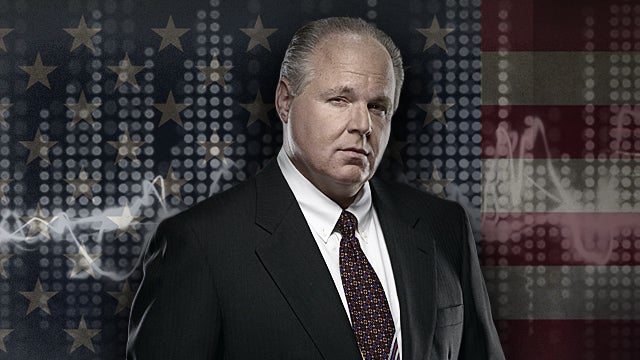 So the answer to your question, I still don’t regret getting older primarily ’cause I can’t avoid it. I cannot tell you how a supreme literalist I am. And, by the way, that leads me to an ancillary point. I sometimes have communication problems with people because a lot of people don’t speak in literal terms, they speak in generalities, and I don’t. So sometimes people misunderstand me and I misunderstand them. But, to me, I haven’t gotten to the point where I regret getting older primarily ’cause there’s nothing I can do about it anyway.

Life is all about what you make it. We all only get one. And some of us get really lucky and are able to do a lot that we want to do. Other people never get the freedom to do that for a host of reasons. I have zero regrets, even when I say success has not been a lot of what I thought it was gonna be. I’m not saying I regret anything, ’cause it is what it is, and you have to adapt. I didn’t know anybody to prepare me for success. I didn’t know anybody who had ever succeeded at anything until I myself reached certain levels. That opens doors.

But I continued to try to learn from people who were, in effect, like my parents. I met people whose wisdom I respected, and they became surrogate parents in a way. So even though you lose them, your parents, everybody does, you can try to take steps to try to replace them if you’re fortunate enough to meet people who you think can in certain circumstances. So I don’t regret getting older, and every year still is better than the year before. That’s amazing to me, but it’s the absolute truth. I appreciate the call. I do.