RUSH: I got an email during the break. “Mr. Limbaugh, I miss you talking about the NFL.” I just talked about the NFL last week, but in the context of the ratings coming back and why and how Donald Trump saved it. This is the thing that gets me. The things that Donald Trump is doing for this country are measurably positive and good. The things that Donald Trump policy-wise has done for this country are undeniably good. Yet even people who have said that they support and believe everything Trump is doing are trying to undermine him because he’s got bad manners. 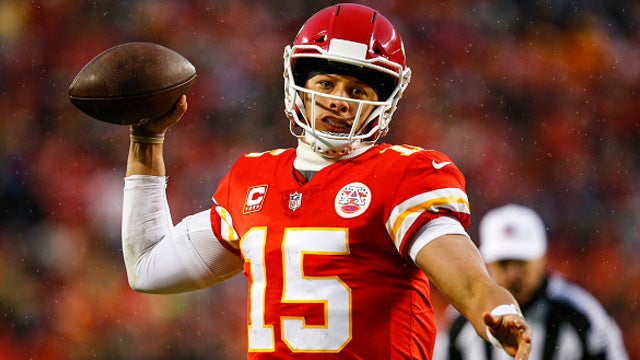 It’s not as though this guy, this rogue amoeba from outside Washington who has no idea how things work is making a mess of things. It’s just the exact opposite. Now, to them, he is making a mess of things. He’s upsetting the order. But this is the kind of thing that’s necessary in a country like ours. These people in the establishment were growing fat, dumb, and happy. They were unchallenged. They were able to engage in things… Even if it was not helpful, if it hurt the country they were free to do it.

Finally, the American people have had enough and they sent somebody there that was totally unlike any of them — and got it stopped. Now the things that are being implemented are demonstrably good for the vast majority. The things that he wants to do, like enforce the law at the border, stop illegal immigration, preserve and protect the country as founded? Awesome things, wonderful things are being undermined by lies and innuendo and phony investigations, and it never ends. Anyway, this email.

“I miss you talking about the NFL. Is the Kansas City quarterback really all that hot? Do you think Andy Reid can prevail in the playoffs? Are the Rams as good as they seem or was Dallas just a bunch of hype? (By the way, Mr. Limbaugh, that game was horrible.) The Saints, the Eagles? What the hell happened to the Eagles? A 14-point lead in the first quarter and not a point after that? They had it locked in the first half. What went wrong, Mr. Limbaugh? And finally: Can anybody beat the Patriots?”

I played golf yesterday, and we’re all talking about watching the NFL playoff games later. We had to hustle to get home for the second half of the Patriots and the Chargers. I hustled home. I had a pretty good round yesterday too. I was smokin’ the 3-wood. I got home — and I hustled. When I got home, it was 14-7. I get home, hustle up, take a shower, get rid of the grunge, get out of the shower, look at the phone. It’s 35-7 20 minutes later — 35-7!

The Chargers never has a chance. They’re over-traveled, they’re overburdened. But it’s the schedule, and there was nothing they could do about it. But they were never, ever gonna be a factor in that game. But we were talking on the golf course about the Patriots. This is not the best team they’ve ever had. There are no superstars except for Brady. Everybody thinks they’re vulnerable. Yet when the playoffs come, there’s nobody better. 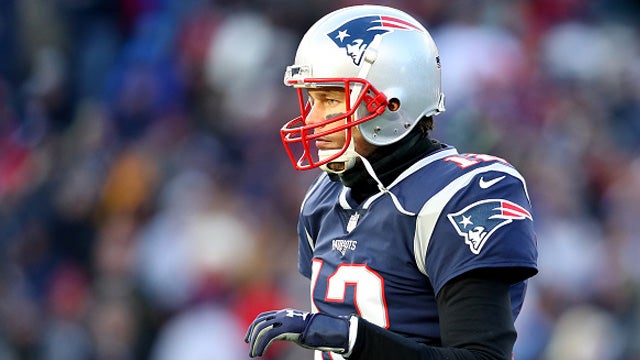 Somehow the New England Patriots have managed… You know, Tom Brady has been in the league 18 years. This is 13 championship games he’s been in, something like that. It’s close to that. Somehow, everybody on that team manages to treat every time they’re in the playoffs as if it’s the first time. In other words, they’re able to maintain the startup mentality. They’re just as excited. It’s not becoming expected, ho-hum, humdrum. It’s amazing. I think it’s all a testament to their coaching.

RUSH: By the way, one thing about Andy Reid. In the past, Andy Reid has not been successful in the playoffs because he kind of reverts. The joke goes, “He goes all Pat Buchanan.” He goes a little conservative out there and takes weapons away and is not as aggressive as he is during the regular season. I think there’s a new Andy Reid out there, for you Chiefs fans. I think one of the things that’s happened is Reid realizes what he’s got in Patrick Mahomes, and Reid has adapted his entire offensive approach — not his entire, because I think Mahomes is natural inclined to execute offenses the way Reid philosophizes them.

Here’s Jim in Plano, Texas. Great to have you, sir. How are you doing? 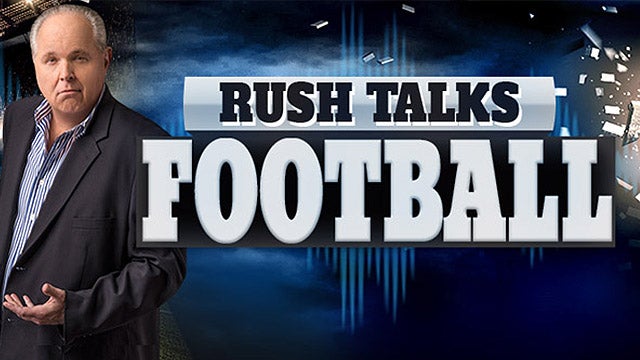 CALLER: Thank you, Rush. I was just wondering what thought about the Los Angeles, California, Coliseum costing $6 billion and we can’t get $5 billion for a wall.

RUSH: Well, you’re talking about the new stadium that the Rams owner is building.

RUSH: I have to tell you, it’s Stan Kroenke, and a large part of that is his money. He’s spending… One of the reasons that the NFL owners adopted the Stan Kroenke plan to move the Rams to LA rather than have the Chargers and Raiders share a stadium up there and have the Rams stay in St. Louis or go somewhere else, was ’cause Kroenke promised this elaborate massive entertainment complex (in Inglewood I think it’s gonna be) where it’s gonna be with a lot of his own money. Not all, but a lot of his own money.

But, you know, your questions still resonate. We’re talking a measly $5 billion, when Democrats years ago have already authorized $50 billion and more. It never got done. We’ve played the audio sound bites of Pelosi and Obama and Hillary Clinton all advocating for a wall or fences or some kind of a structure. We have had Chuck You Schumer and others advocating the expenditure of 50-some-odd dollars for it starting in 2005 all the way up to 2015. The only thing that is different now is Donald Trump. The only thing.

Now, I don’t believe they were serious in any of these other times they offered money. It was all political expediency. But the point is they went on record supporting the premise of a wall, and they went on record advocating that a minimum of $50 billion be spent. Now it’s $5 billion and they’re not gonna budge. It’s an election year. They’re not gonna give Trump anything, $5 billion, $1 billion. The only way they would ever do this is if in the final deal it would be apparent to everybody that Donald Trump was the one who caved. But it’s really not a matter of money now. This is pure 2020 politics infused with never ending Trump hatred.