RUSH: This is Rick. Rick is in Laguna Beach, California. Hey, what’s happening?

CALLER: Hi, Rush. Hey, I want to thank you for all the education you give all of us every morning. It’s very appreciated.

CALLER: I am concerned with what the terms of the compromise on the wall might be. I’m sure it will include DACA, and if it is a pathway for citizenship, it should be coupled with change in asylum law. What do you think on that? 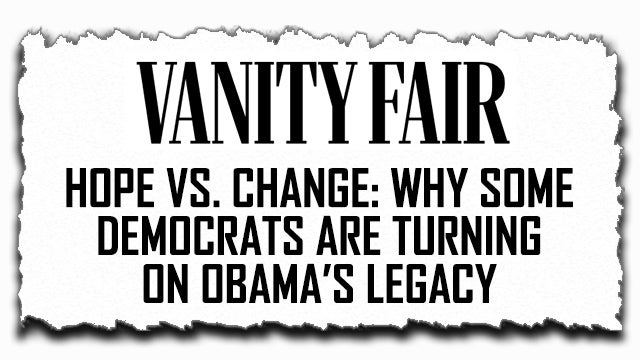 RUSH: Well, I don’t know. I don’t yet know that there are the basic ingredients of a compromise. Look, I’ve heard this DACA business being thrown around, but I’ve not heard Trump throw it around. I’ve heard all kinds of other people throw it around and say this might be what would satisfy the Democrats as a starting point here, give ’em DACA. That is the equivalent of, oh, cementing an element of the Obama agenda. Which, by the way, speaking of that, there is a fascinating piece, if it’s possible, in Vanity Fair magazine today on their website about the Democrats abandoning the Obama agenda and why they are.

And much of it centers on the fact that the reason it’s happening is that Obama was too much of an establishment guy. Here it is. I just happened to turn to it. I highlighted two paragraphs.

“Where does this leave us, and what does it portend for Democrats in 2020? On the one hand, it’s unfair to call Barack Obama an establishment president, with all the status-quo overtones of the term. He gave us the Affordable Care Act, the stimulus, the Dodd-Frank Wall Street Reform, an executive action for Dreamers, the repeal of ‘Don’t Ask, Don’t Tell,’ a nuclear deal with Iran, diplomatic relations with Cuba, a climate deal in Paris, a New START treaty –” You know as I read this, Trump’s gotten rid of every damn one of them? He-he-he! This is great!

Affordable Care Act, see you later. Stimulus, big whoop. Dodd-Frank, well, that’s still around, but they’re trying to weaken it. Executive action for the DREAMers, not yet. The repeal of “Don’t Ask, Don’t Tell,” that’s kind of hanging around. Nuclear deal with Iran, we’re out of it. Diplomatic relations with Cuba, huh-uh. Climate deal in Paris, we walked out of it, a new START treaty — Strategic Arms Reduction Treaty. A reform of the student loan program and two liberal Supreme Court appointments.

“On the other hand, many of the country’s most ominous trends proceeded,” with Obama. “The financialization of the economy kept increasing.” I’m gonna get to the area of this paragraph where the Vanity Fair writer starts criticizing Obama and why it’s understandable that many Democrats are running away from the Obama legacy. 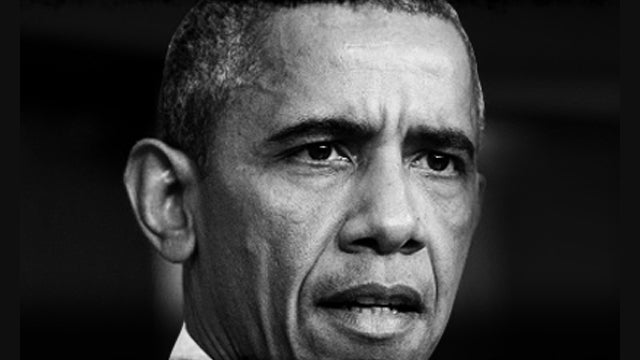 “The concise and indispensable new book The Nationalist Revival—” I’m sure you’ve all read it ’cause it’s indispensable, “– by the left-leaning John B. Judis, contains one especially haunting statistic.” Oh. This is what I was referring to earlier. Listen to this: 3.4 million jobs lost — this is an indictment of Obama, by the way, Vanity Fair – “3.4 million jobs lost to the growth of trade with China since 2001, when China joined the World Trade Organization.

“For many of these forgotten Americans, Obama’s final State of the Union address lauding a manufacturing surge rang hollow, and so did his vision of making ‘change work for us, always extending America’s promise outward, to the next frontier, to more people.’ They had already heard, many times, that ‘they may have to retool, they may have to re-train.’” The new era of decline, Obama said. It was Bill Clinton who said at times, who had to observe that “millions of people look at that pretty picture of America he painted and they cannot find themselves in it.” Talking about Obama.

And that pretty picture that Obama painted was BS, because America was in decline, it was a new way of measuring economic success, America’s salad days were behind us, all that stuff. But this statistic — and it totally escapes this writer. 3.4 million jobs lost to the growth of trade with China since 2001. There’s one person that is trying to change this, one person trying to get those 3.4 million jobs back. His name happens to be Donald Trump. One person, it totally escapes this writer. But the people who lost their jobs to the ChiComs know full well what Trump is doing.

By the way, there is more support in that region over there among the Japanese and Malaysians in all of western Asia, there is so much support for what Trump is doing, vis-a-vis the ChiComs. So here is a piece indicting Obama, explaining why it makes perfect sense that this new crop of Democrat presidential nominees would abandon the Obama legacy.

Folks, they’re in turmoil on this, and I’m telling you that they are in a big mess on the Democrat side. They’re gonna have all these people seeking the Democrat nomination, some of them are gonna be running away from the Obama legacy, others are gonna be advocating it. In its own little contained element it’s gonna be entertaining. If they win, it’s gonna be challenging and threatening.

But I just thought this one little stat, 3.4 million jobs to China lost since 2001. Yeah, it’s a shame. One guy is trying to fix that along with all the other jobs lost because of similar lackadaisical, lazy American foreign policy when it comes to Trump.