We Talk to the Father of One of the Covington Kids

RUSH: We have Dan from Kentucky who is a parent of one of the boys that was in this fracas. Welcome, Dan, to the program. I’m glad you called. I cannot imagine the frustration that you are experiencing and have been since Saturday.

CALLER: Well, thank you, Rush. I greatly appreciate it. I just want to thank you in advance. I don’t know how you’ve done this all your life — I mean, really — put up with all this BS. I mean, it’s… My hat’s off to you, sir. I’m greatly appreciate it. And then just one little correction, Rush. The school itself stood behind the boys. It was… It’s the diocesan administration who came out with the statement of the apology. So it was not the school. I hate to say it, but the principal, faculty, staff of members and some of the students, their pictures have been posted, you know, out there, and (chuckles) there’s hateful stuff going after the (crosstalk).

RUSH: Now, wait a minute. Who…? If it wasn’t the school, who did condemn them and who threatened to expel them?

CALLER: That was… I believe that was on the administration of the diocese.

RUSH: Oh, okay. It was the diocese, not the school.

CALLER: Yeah, the school is… Yeah, the school stood right behind ’em. I have two nephews — one who teaches there, one who goes there — and then my son goes there. They were there present when that happened. And, you know, of course us parents were scared to death, like, “What’s going on? What’s going on?” But when we found out, it all came to light. And because of people like you bringing the truth to the light. You know, the only thing I can think of, Rush, when you say, “How do people think like this?” and whatever, is I have a strong belief — and this is one of the reasons I love Covington Catholic, the high school. Those who do not have faith lose their ability to reason. So that’s the best way I can sum that up. 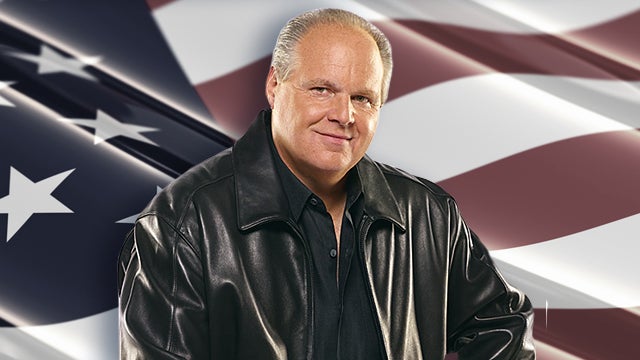 RUSH: Oh, I… Look, Dan, I completely, 100% agree. There’s another way of saying it. People who do not have God in their lives are, essentially, empty and have no foundational element here of morality or right and wrong. I want to say something. I’ve got limited time here before you go, and I meant this when I said a moment ago that from what I’ve seen on video… I don’t know which one was your son, but the kids that I have seen were models of decorum.

They handled the situation as well-raised children should have. Their actions took the temperature down. They were not confrontational. They were not rude. They were not provocative. They were not profane. They were not disrespectful, and to me… They’re teenagers. They’re kids. To me, that is a sign that they have been raised well, that you have been exceptional parents — and it’s more of which this country needs as are the kids that we’ve seen in that video. We need more people of that stature and that belief, that kind of character.

That’s where the solution to our country’s problems resolves. So congratulations.

You, ultimately, should feel very proud amidst all the frustration here.