RUSH: You know, I want to turn back to the BuzzFeed bombshell story for a second that came out last week, because I was just watching something on Fox News. They’ve got this all-girl chat show… I’m sorry, all-women chat show. I don’t mean to be… I know women don’t want to be called “girl.” But they’re talking about the BuzzFeed thing, and they’re praising themselves… Well, one of them was. The leftist on the panel was praising themselves for having the foresight to say, “Well, if this story is true it’s gonna really, really be bad and Trump’s going to jail tomorrow.” 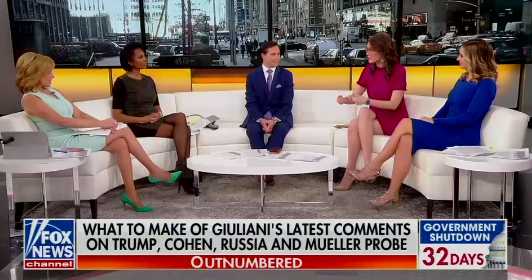 In other words, “We didn’t fall for it because we had the smarts to say ‘if this is true.'”

There wasn’t a single thing about it that was true. There hasn’t been anything true about anything in the Trump-Russia collusion story. But that doesn’t matter because the media has succeeded in making people think that Russia actually tampered with votes and affected the outcome of the election. Forty-two percent of the American people think that. After a steady diet two years of hearing about Trump colluding with Russia, Russian collusion in the election, Russian meddling, it’s all added up to the Russians must have got into our machines.

Well, the thrust of the BuzzFeed story, the Democrats and the media were unanimous in saying that if Trump had told his lawyer, Michael Cohen, to lie to Congress, that that would be it. Not only grounds for impeachment and removal from office, but, hey, we’re frog-marching you to prison! But didn’t Bill Clinton do exactly that? Didn’t Bill Clinton tell people to lie? Not to Congress, but to a grand jury in a sexual harassment case involving Paula Jones? 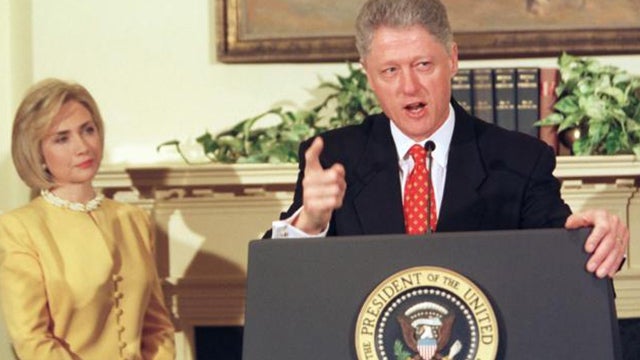 Yes, he did. That is what he was impeached for, not for getting Lewinskys in the Oval Office. He was suborning perjury. He was encouraging people to lie to the grand jury. And the same people who cannot wait to frog-march Donald Trump out of the White House into a prison were telling us what a miscarriage of justice it was with Bill Clinton. It was just sex and it was a bunch of Puritan, white privilege conservative religious people that couldn’t stand the president having a little fun in the Oval Office with an intern.

The same exact thing they falsely accuse Trump of doing, their guy actually did, and they did their best to downplay it.