RUSH: New Orleans ticketholders to the Saints-Rams championship game are gonna sue the NFL over that bad pass interference call in the game on Sunday. They’re not gonna go anywhere. It can’t. I mean, there’s no redress for this.

By the way, the portion of the rulebook which originally was interpreted to say the commissioner could have ordered a stoppage of the game right there, and he could have ordered that play nullified and the game resumed exactly at that point — or he could have convened the teams later that day or maybe the next day on Monday? No. The rule specifies, yeah, any extraordinary event or outcome that might have affected… 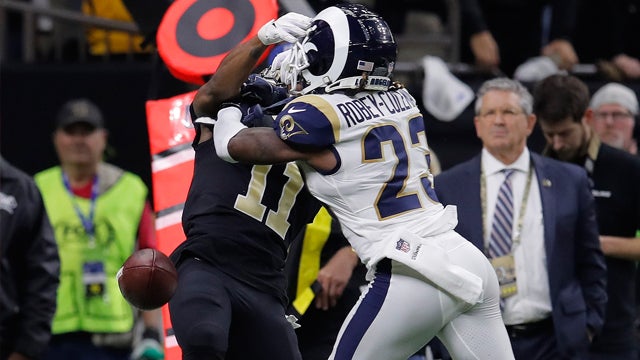 “Other than officiating calls,” it says.

So Roger Goodell really didn’t have any power to overcome the bad officiating there.