Governor Moonbeam Says Trump’s Tweets Will Doom Us All

RUSH: Here’s the former governor of California, Jerry “Moonbeam” Brown, at the National Press Club in Washington today. He’s all frightened. He’s scared to death. He scared and he’s frightened for the future of our country. Now, you would think that maybe one of the things would scare him is he just saw what happened in New York. The previous caller referred to this as serial killing. Whatever you want to call it, it has just been made constitutional in New York. You think, “Well, Governor Brown, at some point everybody’s got their limits. Maybe this is worrying him about the future of America.” 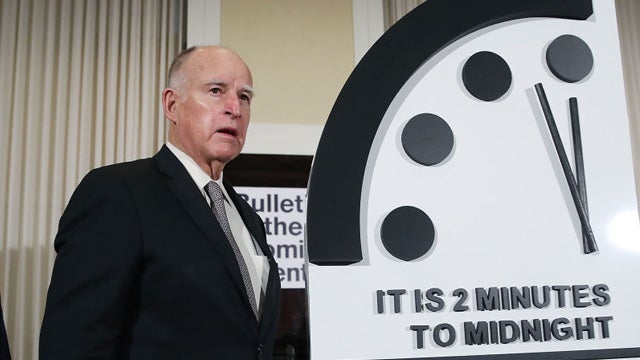 But no. No, that’s not why he was concerned today at the National Press Club.

BROWN: I speak as someone who has been in the American political process for almost 50 years. And I can say at this moment, the blindness and stupidity of the politicians and their consultants is truly shocking in the face of nuclear catastrophe and danger. It is two minutes to midnight, and journalists? Yes, you love Trump’s tweets. You love the news of the day. You love the ledes that get the clicks. But the final click could be a nuclear accident or mistake, and that’s what we have to all be worried about, and that’s why we gather around this unveiling of the Doomsday Clock.

RUSH: So how do you do this in the midst of celebrating one of your greatest achievements, abortion for anybody, anytime, anywhere, even if you don’t have a doctor? Why are these people never happy? I’m asking this rhetorically. I’m trying to illustrate. They never are happy. They are constantly seeking reasons to be depressed, despondent, angry, outraged, in perpetuity! So now Moonbeam has found the Doomsday Clock. The Doomsday Clock, by the way, is a political device created by an organization called The Bulletin of the Atomic Scientists. 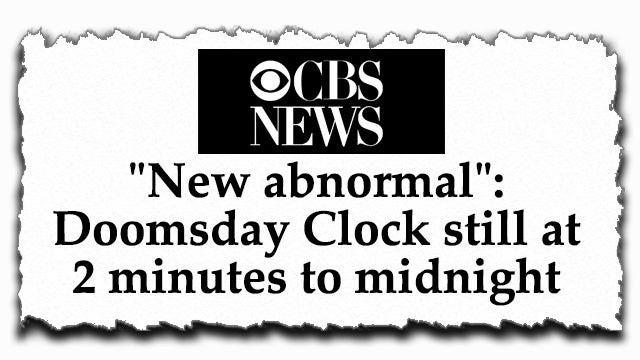 When I first heard of this group I was much younger, and I tried to find a bulletin. You know, bulletin boards have bulletins on ’em. So I was looking for a piece of paper, the bulletin, and I found that, “No, no. It’s not that.” This is a group of atomic scientists. Then I learned it’s a group of uber-left-wing radical, faux academics, and they have this clock — and midnight, when it strikes midnight, that means it’s up for all of us.

“We’re history. We’re doomed. We’re done. Women and children hardest hit.” I’m sorry. “Women and minorities hardest hit.” Screw the kids, now. So Moonbeam said, “We’re two minutes to midnight here because of Trump’s tweets.” Two minutes from midnight ’cause of Donald Trump. Look at all the things they recycle. Ronaldus Magnus was gonna nuke the world in his stupidity. “We can’t have a guy like Reagan in there with his finger on the nuclear button. No! It won’t work.”