You’ll Never Guess What Gets the FBI Director Really Angry

RUSH: I want you to hear this. This is the FBI director on the FBI website today mere moments ago. His name is Christopher Wray.

WRAY: I know tons of you are feeling the anxiety and the emotional strain of this shutdown — and a hundred percent of you are feeling the financial strain. Making some people stay home when they don’t want to and making others show up without pay? It’s mind-boggling, it’s shortsighted, and it’s unfair. It takes a lot to get me angry, but it I’m about as angry as I’ve been in a long, long time. 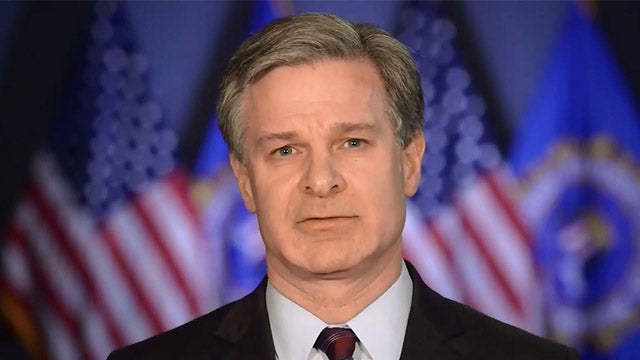 RUSH: Really, Director Wray? You’re as angry as you’ve been in a long time, but what your agents did today — wearing body armor, carrying heavy automatic weapons drawn and ready to fire, waking somebody out of bed to arrest them and frog march ’em down to a court, after being indicted for process crime? So here’s the director of the FBI (impression), “It’s shortsighted. This is mind-boggling. It’s unfair. It takes a lot to get me angry, but I’m about as angry as I’ve been in a long time.”

You ought to be angry over what all of your predecessors in this department under the Obama administration have done to the system of justice, for crying out loud! This is the kind of thing… This sends me into orbit! These are the people we count on! We can’t all go be FBI director. We’re not even in charge of who’s chosen to be FBI director! This is part and parcel of trusting these institutions. We’ve always trusted them throughout our lives, throughout the life of this country. We have trusted so many of these institutions to just do it right, to just stand up — especially the FBI and the DOJ — for justice, and they all seem to be failing us profoundly.