RUSH: The Brokaw problem. I’m gonna get into that in detail tomorrow, ’cause I gotta share something here with you. But Brokaw somehow… You know, these old-guard liberals oftentimes give themselves away, and Brokaw did. Brokaw said during a Meet the Press appearance yesterday that Hispanics should work harder at assimilation, meaning they should work harder at joining American culture. Well, I am here to tell you that the full force of the radical left came down on this old guy, and he didn’t know what hit him. 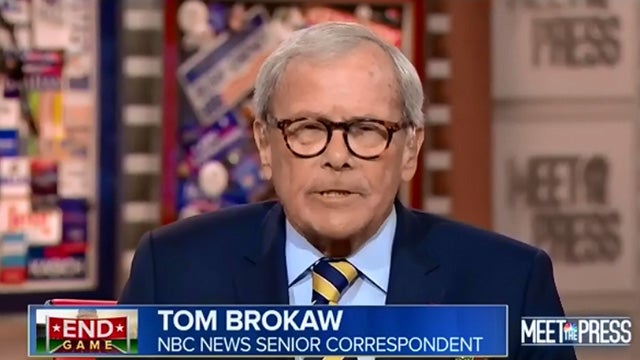 It was almost as bad as when he was accused of sexual harassment by Linda Vester, which he called a “drive-by hit.” So he quickly did a 180, and he started apologizing left and right for saying Hispanics should work harder at assimilation. He also said that they should be doing a better job of teaching their children to speak English. God forbid some truth seep out on NBC — which it did there — and (snort) he was hit from all sides. But I want to give you the details of this.