RUSH: Here is Kenny in Boston. Great to have you, Kenny. Glad you waited. How are you doing?

CALLER: This is the thrill of my life to speak to you, Rush.

CALLER: The caller is here, sir.

RUSH: Great to have you.

CALLER: Over the last several weeks I’ve been listening to those media sound bite montages of how Rush Limbaugh was the new puppet master for Trump, you know, pulling his strings, as it were. But I’m thoroughly confused because for more than two years now we’ve been told it was Vladimir Putin. He was supposed to be Trump’s puppet master. So my question is, how were you able to wrestle that authority and power away from such a world leader?

RUSH: Who says that we’re not working together? (laughing)

CALLER: That could very well be true.

RUSH: They’re all shaking their heads. “Don’t say this! They’re gonna report that you said it, that you admitted that you’re working with Putin. Don’t do it!” My staff on the other side of the glass. That’s a great question. And again, you have taken me back to something that happened on Friday, Kenny, that I need to point out. I’m glad you did this. I’m glad you reminded me of something. The indictment of Roger Stone. Oh! And this is another bit of misreporting going on.

The media is reporting that Stone says he’s now willing to talk to Mueller. That’s not what Stone has said! Stone has said he’s not going to turn state’s evidence against Trump. Stone is maintaining what he maintained in his press conference there on the courthouse steps on whatever day it was, Friday. 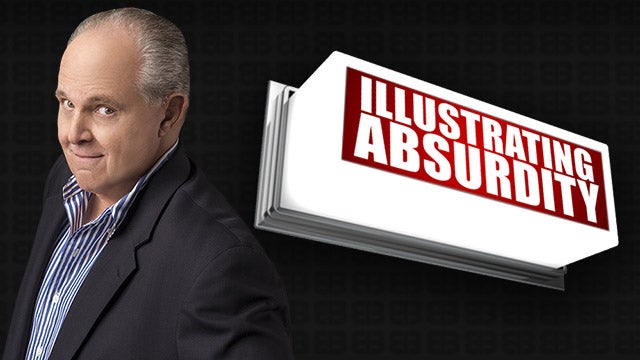 Folks, the indictment of Roger Stone proves that they have known at the Mueller team and at the FBI and the DOJ for over a year that there has been no Russian/Trump collusion. The indictment proves it! All about this WikiLeaks stuff. We don’t need this indictment to know. We know that there wasn’t any collusion, and we know that they’ve known it! That’s what makes this so outrageous to me! But it’s a good question. How did I get in front of Putin in pulling Trump’s strings as a puppet master?

RUSH: I just got a note saying, “You know, you better be careful. Your joke that you just told about maybe having usurped power from Putin, influencing Trump, that might get you a subpoena from Mueller. Remember, these people don’t have a sense of humor, and you just put yourself in the mix.” 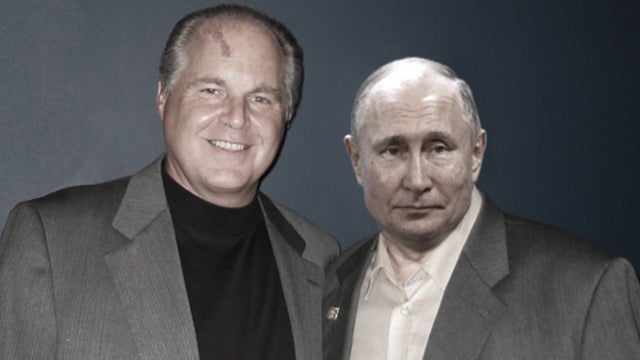 I wouldn’t be surprised, I guess. I really wouldn’t.