A Call from Germany on Trump Declaring a National Emergency

RUSH: Keith, somewhere in Germany.  We have a call from Germany.  Keith, it’s great to have you on the EIB Network.  I would have taken your call sooner if I had seen that you were in Germany.  Sorry about that.

CALLER:  I appreciate it, Rush.  I’ve been listening to you since Obama was elected.  I voted for him and realized I made a mistake, and then I started looking for a voice of sanity.  I remembered hearing you back in 1989, so I went back looking for you.  So I appreciate you talking my call. 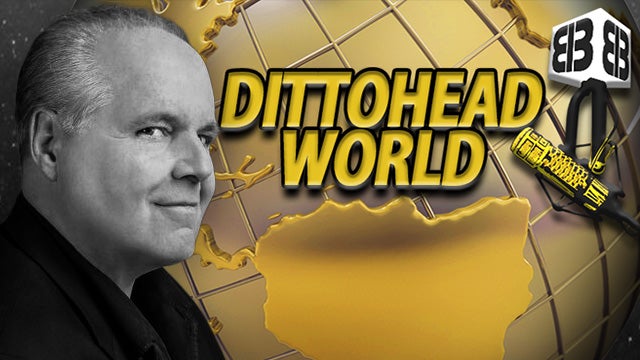 CALLER:  I’m glad to be here.  Hey, I was thinking about what Trump is doing.  He’s talking about declaring a national emergency and taking this thing to court.  He has to know that when he does this, it’s just gonna get locked up in court, and then it’s over.  I just don’t see why that option is even on the table.

RUSH:  Well, I’ll tell you, I think the option… It’s a really good question.  By the way, you’re in the military, right?  I want to make sure that I acknowledge that.

RUSH:  You are in the military.

RUSH:  Thirty years.  What branch of the military are you in?

CALLER:  I’m in the Air Force.

RUSH:  Right on.  Right on.  Okay.  You know, it’s apparent to me that Trump doesn’t want to declare this national emergency.  It would have been an easy thing to do.  He could have done it during the shutdown.  He could have done it rather than trigger the shutdown.  He’s acknowledged — in maybe every which way but saying directly — that he doesn’t want to do it, and I think for the reasons that you mention. Everybody knows that once he declares an emergency, that it’s, “Hello, court system,” for who knows how long.

Meanwhile, illegal immigration continues, and the illegals know that the whole issue is stopped up in court. So they start showing up en masse at the border in caravan after caravan.  And he knows that declaring the emergency makes it the subject. Not the border. Not the border wall.  I just… I don’t think he’s eager to do it or he would have done it by now.  But it won’t be long, another 15 days or so. Three weeks, he said.