What Would the Cure for Cancer Mean?

RUSH: The Jerusalem Post headline: “A Cure For Cancer? Israeli Scientists Say They Think They Found One – ‘We believe we will offer in a year’s time a complete cure for cancer.’” A small team of Israeli scientists think they might have found the actual clue opening up or unlocking the secrets to cancer that will facilitate a complete cure.

Dan Aridor, talking about a new treatment being developed by his company: “We believe we will offer in a year’s time a complete cure for cancer. Our cancer cure will be effective from day one, will last a duration of a few weeks and will have no or minimal side-effects at a much lower cost than most other treatments on the market. Our solution will be both generic and personal.” 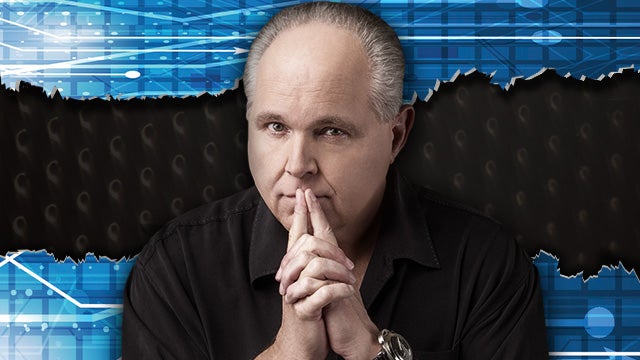 Now, every element of this sounds impossible, based on what we think of cancer today. It sounds like pie-in-the-sky, does it not? It’s too ambitious. I mean, okay, you might say you’ve come up with a cure for cancer, some cancers. And maybe for a little while but not total. But these guys are covering every base. “Our cure will be effective from day one, will last a duration of a few weeks and will have no minimal side effects.”

Meaning, you’re only gonna need to be treated for a few weeks and you are cancer cured. No remission, no cancer free. You are cancer cured. And it’s not gonna cost much. It’s gonna be lower than most other treatments currently on the market. The solution will be both generic and personal.

“It sounds fantastical, especially considering that an estimated 18.1 million new cancer cases are diagnosed worldwide each year, according to reports by the International Agency for Research on Cancer. Further, every sixth death in the world is due to cancer, making it the second leading cause of death (second only to cardiovascular disease).

“Aridor, chairman of the board of AEBi and CEO Dr. Ilan Morad, say their treatment, which they call MuTaTo (multi-target toxin) is essentially on the scale of a cancer antibiotic – a disruption technology of the highest order.

“The potentially game-changing anti-cancer drug is based on SoAP technology, which belongs to the phage display group of technologies. It involves the introduction of DNA coding for a protein, such as an antibody, into a bacteriophage – a virus that infects bacteria. That protein is then displayed on the surface of the phage. Researchers can use these protein-displaying phages to screen for interactions with other proteins, DNA sequences and small molecules.”

“To get started, Morad said they had to identify why other cancer-killing drugs and treatments don’t work or eventually fail. Then, they found a way to counter that effect. For starters, most anti-cancer drugs attack a specific target on or in the cancer cell, he explained. Inhibiting the target usually affects a physiological pathway that promotes cancer. Mutations in the targets – or downstream in their physiological pathways – could make the targets not relevant to the cancer nature of the cell, and hence the drug attacking it is rendered ineffective.”

That’s what they’re avoiding. They say all this misses the mark. And they have found a way to actually target out-of-control cancer cells rather than around the edges. I’m really simplifying this. It’s a technical piece.

Now, I’m sure you and your friends over the course of many, many moons have discussed the hypothetical cure for cancer. And people have had theories ranging from it’ll never happen because what is cancer? Cancer is the out-of-control growth of cells. And what is that?

Another theory is that even if a cure were found, that the cancer industry would mobilize to hide it, to destroy it because the cancer industry is so mammoth and so big and so profitable that the people in it are not going to allow a cure. Have you heard that theory bandied about? Oh, yeah. And it’s gonna surface with this report. You know, there’s an ancillary in this same story – this is the Jerusalem Post — there are actual references to Obama and the Iran deal. And it goes like this.

Obama had a plan and billions of dollars of cash on pallets to aid Iran, professed enemy of Israel, to help Iran get the nuclear bomb. Had Trump not been elected and stopped that and reversed the Iran nuclear deal, Israel could well be a pile of sand now and the most potential cancer cure would never be found. If Obama had prevailed and Iran got the nuke, the guys that discovered the cure for cancer might have been vaporized in an Iranian talk against Israel. So this is one of the ancillary stories of this too.

I don’t know how seriously this story is gonna be reported elsewhere in the Drive-By Media. But it will be interesting to see if it is, because what will happen is that the journalists will report the story and then in the interests of balance and fairness will speed off to the nearest cancer hospital and find the nearest cancer expert to weigh in on the findings of this report. And then what those experts say will be fascinating to follow.

Now, you would think, in a sane and otherwise normal world, that if some people anywhere announce a cure for cancer, that there would be uncontrolled happiness, eagerness, a desire to get in on this research to be part of it. Why, what greater thing for humanity could there be? You’d be amazed to see limited such reactions. We will have pessimism, we’ll have skepticism, we will have allegations and charges that these guys a bunch of frauds and charlatans and it’s not possible. Then you’ll have the media finding other experts that have delved into these guys in Israel’s research and they’ll debunk it and so forth.

And like any other news that has the potential of being really good and really great, by the time the media finishes with it, you will probably be conditioned just to ignore it and think not much of it because of the way it will be treated. But, I mean, these guys are not even hedging their bets. They’re well known. They’re well known CEOs. Their company is well known in Israel. They have various degrees of respect within the medical community. And they’re not hedging anything.