RUSH: I want to make my point in another way. I mentioned Obama mere moments ago. See, I do care about societal values, cultural values. They’re all we have. It’s one of the many things that distinguishes the United States from everywhere else in the world.

I’m telling you: The left is doing as much as it can to erase all of these differences that define American exceptionalism. We are the only nation on earth where, in our founding documents, the right to life is considered a right and specified. The right to liberty, the pursuit of happiness… There’s no other country that has ever codified these things in government documents. We all take it for granted because we grew up with it and it’s not been any big deal. It’s been the way things are.

But those are the kinds of things that define American exceptionalism, not that we’re better people, and not that we’re smarter. That has nothing to do with American exceptionalism. But let’s go back. This is 2009. So what is this, 10 years ago now? It’d actually be 9-1/2 years ago. June of 2009, the famous ABC special, prime time “Questions for the President: Prescription for America.” A member of the audience, Jane Sturm, stood up and asked, “My mother is now over 105. But at 100, the doctors said to her, ‘I can’t do anything more unless you have a pacemaker.’ I said, ‘Go for it.’ 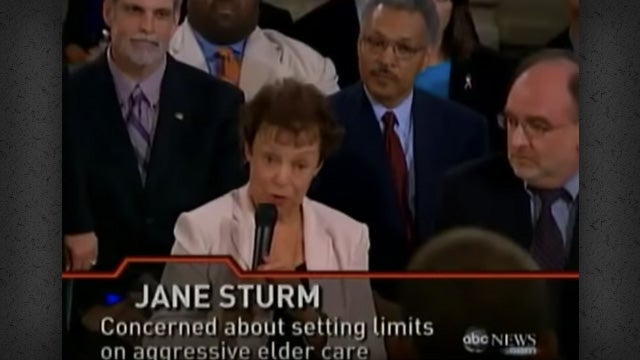 “[My mother] said, ‘Go for it.’ But the specialist said, ‘No, she’s too old.’ But when the other specialist saw her and saw her joy of life,” how full of life she is, “he said, ‘I’m going for it.’ That was over five years ago, Mr. President. My mother’s 105 and happily alive. My question to you is, outside the medical criteria for prolonging life for somebody who is elderly, is there any consideration that can be given for a certain spirit, a certain joy of living, a quality of life, or is it just a medical cutoff at a certain age?”

Now, stop and think what we’re hearing here. A citizen at the White House is asking the president essentially, “Under your plan, can my mother continue to live and experience the joy of life? She’s full of life. Under your plan, would my mother get the pacemaker?” This is what the president of the United States told that woman 9-1/2 years ago…

OBAMA: I don’t think that we can make judgments based on people’s spirit. That would be a pretty subjective decision to be making. I think we have to have rules that say that we are going to provide good, quality care for all people. End-of-life care is one of the most difficult sets of decisions that we’re going to have to make. But understand that those decisions are already being made in one way or another. If they’re not being made under Medicare and Medicaid, they’re being made by private insurers. At least we can let doctors know and your mom know that, you know what, maybe this isn’t going to help. Maybe you’re better off not having the surgery but taking the painkiller.

RUSH: This is just — I can’t fathom this. A nationally televised special with the president, who’s not a doctor. He’s not anything, telling this woman, “Well, government wouldn’t do that because government hasn’t done that. That’s what Medicare and Medicaid mean. Well, if they’re not being made under Medicare, government, if the decisions around being made under Medicaid, government, then they’re being made by private insurers, which are regulated by government.”
You notice how compassionate Obama got in these last couple sentences? Did you notice he came alive when he thought he was being compassionate and understanding? (imitating Obama) “At least we can let doctors know and your mom know that, you know what, maybe this isn’t gonna help. Maybe you’re better off not living! Maybe you’re better off not having the surgery, here is a painkiller.”

So there you heard the leader of the free world, your desire to live, not a factor. We can’t use that. You’re full of life? Sorry. Irrelevant. You love being alive? Sorry. Can’t factor that in. Why? ‘Cause we don’t have the money. Somebody needs to tell Cortez and the rest of these clowns we don’t have the money. This is what Obamacare was gonna cost. This is why everybody started talking about death panels.

I want to ask you to think about something. We’ve all been around babies. And many of us have pets. Pick ’em up as puppies. You can’t miss, in a child, you cannot miss, in a newborn anything, the absolute thrill and love of being alive. You see it on their faces. You hear it in the laughs in terms of little babies. They just love being alive. It’s the natural state until age and maturity and life take over, start messing around with people’s psychology.

But in that period where you have raw, unbridled essence of innocence, you’ve got nothing but pure, sheer joy and happiness. Baby after baby after baby. I realize some of you shrinks are probably shouting at your radio, “You don’t know what you’re talking about. I’ve done psychiatric studies of little babies and 90% of them are depressed and wish they hadn’t been born.” Save it for somebody’s that’s not gonna swallow your crap.

The same thing with little puppies. It’s the thing you notice about them, how damned happy they all are. You get the idea looking at little babies they actively love the idea of being alive. And now we go from that, we know that’s the case, but we don’t even want to get that far. We don’t want to see the evidence of how much they enjoy being alive. We’re gonna wipe ’em out in the womb, we’re gonna wipe ’em out shortly after they get out now in Virginia. 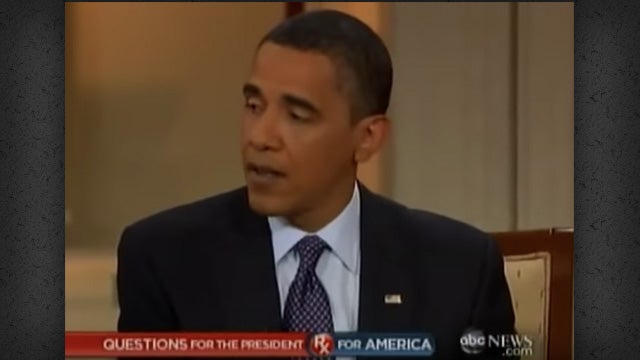 It’s just sick, folks. And it doesn’t bode well. If you’re a young couple on the verge of having kids, you’ve got to care about this. When life gets cheapened, when it becomes a political characteristic, which life becomes just a political issue, you know how politics corrupts practically everything that it touches. Well, politics has touched your child. And when the one thing that is the most valuable in the world, human life, when that becomes cheapened to the point that it’s of less value than a turtle hatchling or a snail darter or what have you, you’d better recognize there are problems.

And we can deal with this without preaching to women. That’s not what this is about. The fix for this is not penalizing women or preaching to them. The fix for this is gonna be a while. ‘Cause it’s taken us a while to get here. This is gonna require a reestablishment of moral boundaries and foundations and a number of other values that the left has systematically sought to obliterate, erase, and wipe out over the course of many decades.