He was trying to help her by getting it out there and ending it. But he said he miscalculated. He miscalculated, and it continued to blow up. So today he says about his relationship with Kamala Harris — and I’m quoting, “Look, she was in love with me, and I’m in love with me. It was a perfect relationship.” And then he goes on to say that she’s now happily married to a great guy and nothing to see here whatsoever.

“A woman named Vanessa Tyson, who is a fellow at Stanford University, says that a man who allegedly sexually assaulted her at the 2004 Democratic National Convention is now an office-holder about to get a ‘very big promotion,’ according to a screenshot provided by a tipster. A friend of Tyson’s named Adria Scharf, based in Richmond, Virginia, shared the ‘heartbreaking’ message, which Tyson wrote as a private post.

Anyway, everybody’s concluded that she has fingered Justin Fairfax, lieutenant governor of Virginia, as the person who sexually assaulted her at the Democrat convention in 2004. And that’s who would become governor if Ralph Northam decides to put the blackface back on and go back to Vaudeville.

Well, now Justin Fairfax is outraged over this. He has slammed the defamatory and false sexual assault allegation. He issued a statement early today after an online article hinted at sexual assault allegations against him in 2004. And the website that this occurred was Big League Politics. They shared a private post from a woman who said an officeholder who assaulted her at the DNC convention is about to get a very big promotion, says her attacker won statewide office in 2017. This would be Fairfax. 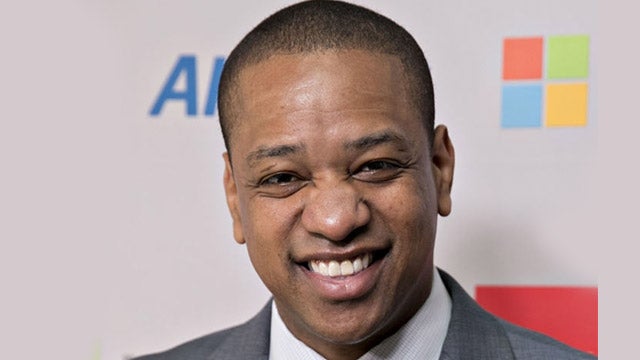 So today Fairfax released a tweet that said the person reported to be making this false allegation first approached the Washington Post. After being presented with facts consistent with the lieutenant governor’s denial of the allegation, the absence of any evidence corroborating the allegation and significant red flags and inconsistencies, the Post made the decision not to publish.

Well, where was all of that during the Kavanaugh hearings? Aren’t we supposed to believe the women?

Well, let me tell you, folks, none of that was any barrier to them running with the Kavanaugh allegations or a myriad allegations with no basis in fact against Donald Trump! This is quite telling. By the way, Justin Fairfax is African-American. Why does that matter? It doesn’t! I’m just telling you. I want you to have a complete picture of everything here.

And so the Washington Post is trying to cover for the guy! “Yeah, there aren’t any serious allegations.” But I thought the woman was always to be believed. The woman doesn’t lie. These are so disturbing, they have life-lasting effects. The viciousness of the assault, the lack of respect, the physical and psychological damage that these brutish, patriarchal men do. But the Washington Post said that there was insufficient evidence to run with the story. And so they haven’t. Justin Fairfax tweeted happily that they have denied it.

We are talking here about Matt House. “When Senate Minority Leader Chuck Schumer’s longtime communications director Matt House announced he was leaving just after November’s midterm elections, the news was met with widespread bipartisan praise for House and his reputation for fairness.” Because that’s always what happens when liberal Democrats leave office. They are showered with praise, and their reputations are constantly promoted.

“But some of House’s Senate colleagues were surprised to learn of his departure, given that he did not have a high-profile job lined up and that Democrats could regain control of the Senate in 2020.” Why was he leaving? His departure was not voluntary. 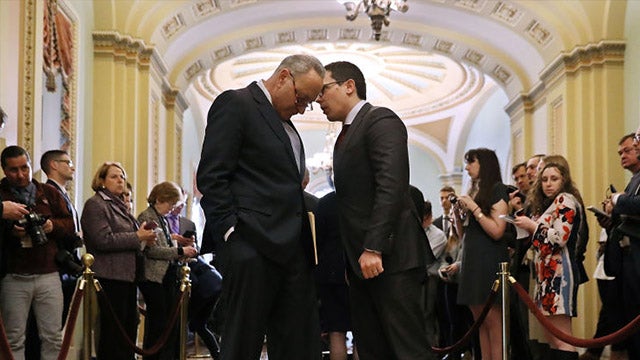 The Huffing and Puffington Post “has learned, through two sources with knowledge of the situation, that House was pushed out for allegedly having inappropriate sexual encounters with junior staffers.” All of this was happening while they’re trying to destroy Brett Kavanaugh, and right in there helping out is the Drive-By Media!

If the Drive-By Media needs to report lies and defamatory things about Republicans, name it, we’ll do it. If they need to circle the wagons and protect and defend Democrats who are alleged to have committed sexual assault, they’ll do that. So it just adds another interesting little tidbit to whatever Ralph Northam decides to do.

So who’s leaking this stuff? Who’s putting this stuff out there? Is it Northam’s people that want to defame Fairfax? Or is it somebody just doesn’t like Fairfax, period? Is Kavanaugh behind it? We don’t know. But it’s fascinating that all the sexual harassment stories and racism stories and killing of kids stories, so many of them seem to involve ranking Democrats.