Schumer and Waters Reject Trump’s SOTU Before It Happens

RUSH: Now we got the State of the Union coming up. That’s tonight. The Democrats are going bonkers on that. Chuck You Schumer has already rejected Trump’s State of the Union speech before Trump’s even given it! Supposedly, we know what Trump’s gonna say ’cause the media’s got advance knowledge. Trump’s gonna talk about unity and bipartisanship. And, of course, the Democrats oppose that, as Chuck You Schumer is making plain. 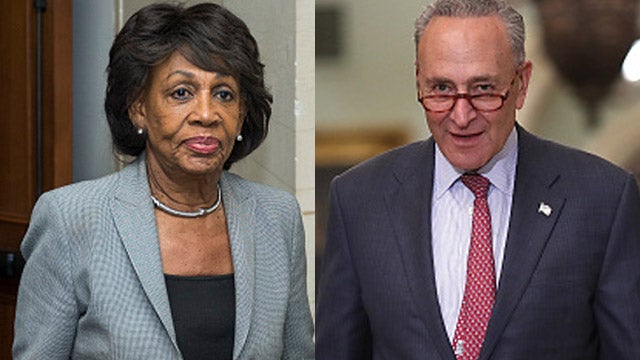 And then the Democrat Party Space Cadet Maxine Waters: begging people not to even watch. Grab audio sound bite number 7. This is last Wednesday on the Essence magazine website. And she’s imploring people to not even spend the time watching.

WATERS: I don’t even know why he wants to come and give the State of the Union. The State of the Union under him has not been good and he has been divisive, and I think he’s putting us all in harm’s way. And so he’s not worthy of being listened to. I don’t know why anybody would wanna pay attention to anything that he has to say. He lies over and over again. Six thousand lies have been documented since he’s been there. I just can’t imagine what he’s gonna try and say. And so I’m not looking forward to his State of the Union. And I hope that people will turn the television off.

RUSH: The story about the Democrats that have made their minds that they’re not gonna go and I think the number’s like 14 or 15. And it’s not a record number. There’s a lot of Republicans that didn’t go to Obama’s States of the Union, and it’s not, in other words, unprecedented. But of course the Drive-Bys are making a big deal over it. The principal Democrats refused to show like John Lewis from Selma and Georgia not going and so forth.

I got a list of the guests that Trump is going to have sitting up in the gallery with Mrs. Trump. He’s gonna have families of people murdered by illegal immigrants. He’s gonna have people that have been beat up by MS-13. He’s gonna have Border Patrol people who’ve been shot. He’s gonna have a cross-section of American heroes. And according to all the prepub on this it’s gonna be focused on unity and bipartisanship and — I don’t know. I guess the purpose of that is to show that the Democrats are not interested in it. 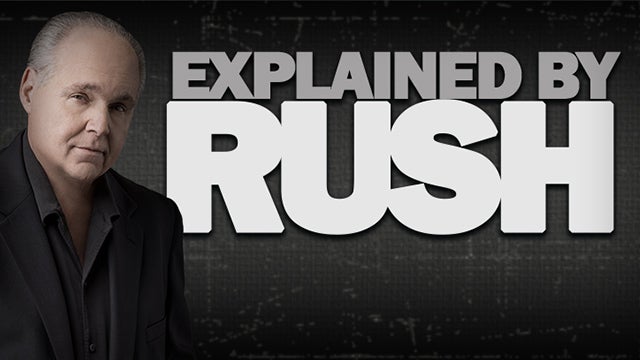 Now, my idea for what the State of the Union should be is not this. But I haven’t heard it, either. We’ll have to wait and see exactly what it is. But there’s clearly gonna be an effort to demonstrate that the Democrat Party is not who and what they say they are. This has been tried before, but not by somebody like President Trump.

Let me take another brief time-out. There’s just a couple of other things I want to get to before we get to the phones, including a couple more sound bites on the State of the Union. I want you to hear Schumer rejecting it before it’s even been given.

RUSH: Also, State of the Union tonight. You know what I want? I want the president to stand up there and present two visions of America that compete: the Democrats and what they want and tell everybody what they want to do, what they’re trying to do. Use the opportunity to report on them that the media doesn’t. We will see.