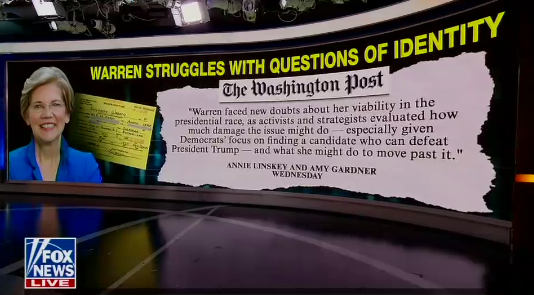 It’s about Elizabeth Warren. Folks, this is a smorgasbord of Democrat leftist implosion that has been happening now for all of this week, and it’s gonna continue. Then you throw in the middle of this, this brilliant Trump State of the Union speech — you know what one of the greatest things — I’m sorry to keep hopscotching here, but I say something and the synapses in my phenomenal brain fire and I think of something else.

I continue to think about how it characterized the Trump State of the Union speech. One of the great things that it did — and there were many fantastic, great things in it — but the president literally took the time to properly define “Make America Great Again” and explain to a nationwide audience exactly what it is. And it’s nothing more than everybody devoted to, if they wish to be, greatness and excellence. The left has succeeded and the media has succeeded in characterizing “Make America Great Again” as a bunch of white hayseed hicks worried that they’re losing their country and wanting to take it over again.

So he redefined it properly for the nation in a nonthreatening way, in ways the media has been attempting to mischaracterize it. In the midst of all of that, the Democrats are imploding, and half them don’t even know that that’s what’s happening. The headline: “Elizabeth Warren Struggles With Questions Of Identity.” Struggles with questions of identity? You mean like she doesn’t know what she is? 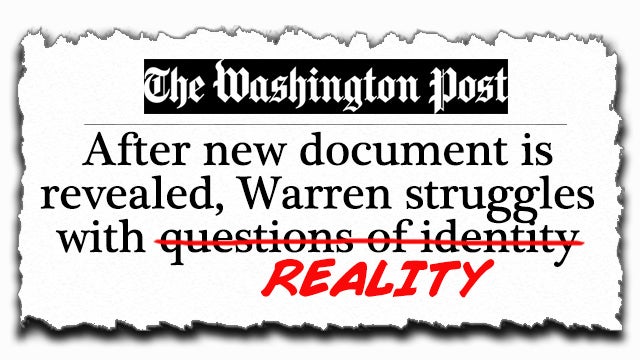 That’s not what Elizabeth Warren is struggling with. Elizabeth Warren is struggling with the fact she got caught lying about being Indian, 1/1024 Indian, in order to get hired or in order to be admitted into various state bar associations so she could practice law. But she got caught lying! This woman, Fauxcahontas, I’m telling you does not have both feet in reality. And I think she is emblematic of a lot of people on the left who have to construct false identities based on minority status, based on privilege themselves. 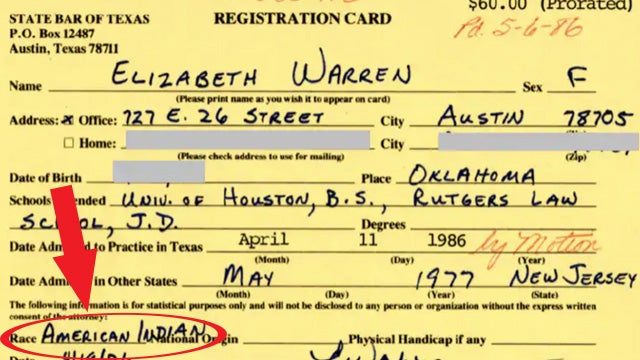 But she is running around literally trying to cover up lies that she has been telling for years, and the latest attempt at covering (imitating Warren), “This story, my brothers and me and my sisters and my cousins and my Indian relatives were told, I don’t know, I was told growing up I had high cheekbones.” She wasn’t told anything of the sort. All of this is manufactured. She was trying to curry favor as a leftist with a bunch of other minorities in a phony attempt to make them think that she was one of them. And she’s caught. She’s not struggling with questions of identity. These struggling with questions of authenticity and honesty and maybe even reality.