RUSH: Meeting and surpassing all audience expectations every day. I am Rush Limbaugh, America’s Real Anchorman, doing the job that the Drive-By Media is thought to do. A household name in all four corners of the world. Telephone number if you want to join us, 800-282-2882. The email address, ElRushbo@eibnet.us.

The president tweeted about this Democrat position here on negotiations on some kind of new border security, a wall, what have you. And he’s very clear about it.

“The Democrats do not want us to detain, or send back, criminal aliens! This is a brand new demand. Crazy!”

RUSH: He’s right. The Democrats are hanging — I mean, they are forcing a shutdown or they are trying to. They do not want to detain or send back criminal aliens! They don’t want to give an inch on this. They don’t want to negotiate, participate in anything. And don’t think that Trump wasn’t aware of this two and a half weeks ago when he made this proposal.

Washington Post: “Shutdown Looms As Border Talks Break Down Over Immigration Enforcement – The nation faces the real possibility of another government shutdown at the end of the week after bipartisan talks aimed at averting that outcome broke down in a dispute over immigration enforcement, lawmakers and aides said Sunday.

“The president, who is holding a rally in El Paso on Monday night that is likely to focus on his demands for more border security, referred to the disagreement in a series of tweets Sunday. ‘I don’t think the Dems on the Border Committee are being allowed by their leaders to make a deal. They are offering very little money for the desperately needed Border Wall & now, out of the blue, want a cap on convicted violent felons to be held in detention!’ the president wrote.”

That’s very clearly the case. A cap on the number of violent felons that we can detain. The Democrats want to limit that number. We’re are there at the number that we want the upper number to be, so we’re looking at release! Democrats are advocating for the release of convicted, violent felons to not be detained. And they’re aiming for a shutdown for all of the political reasons, even as Trump is sitting there today with 52% approval.

Now, the Gallup polling unit has put out a little think piece here. They have a blog at the Gallup company website, and it’s called The Chairman’s Blog. And the headline of this little post is: “What If There Were 42 Million at the Border?” What if, instead of these caravans of 10,000, 15,000, what if there were 500,000 people in these caravans? What do you think the national attitude would be about it?

So Gallup went down there and asked them, “Would you like to move to another country permanently if you could?” Twenty-seven percent of 450 million said “yes.” That’s 120 million people. Our population is just north of 300 million, 120 million people in Latin America and the Caribbean said yes, they would like to migrate somewhere.

Now, I would guess that a number of people taking this poll did not answer honestly because they thought they might be targeting themselves, and if they say they want to move to America, then they might be watched because America doesn’t want them. Who knows their thought process. I’m just telling you, I’ll bet it’s a lot more than 42 million people in Latin America who want to come to the United States.

Hence the question: “What If There Were 42 Million at the Border?” Because essentially there are. If we have polling data that everybody in Washington’s gonna sign onto and believe, 42 million people — in Latin America alone — in Latin America and the Caribbean say they want to move to America, Pshew! Folks, if that became the number that everybody was thinking about, what do you think immigration policy would become? And what would be the politics of it?

Can you imagine the Democrat Party saying, “Sure! Forty-two million people? Let ’em in!” Can you imagine them say that, politically? Some of you, I’m sure, can. What would be the politics do you think, the political impact of saying, “There’s no way we can absorb 42 million people, especially when none of ’em are gonna assimilate, when they’re not gonna become Americans, when they’re gonna be essentially coming in illegally,” because that’s the question.

Are we gonna stop this? If 42 million say they want to move to America, we’ve gotta be prepared to deal with a number very close to that, do we not? If we have a policy that basically shouts “open borders” to the rest of the world, what will be the likelihood that many of that 42 million will give it a shot at some point? There you have, in a nutshell, the Democrat Party position on this. They look at that 42 million not as all at once but over the course of many years, and they see it as a godsend. 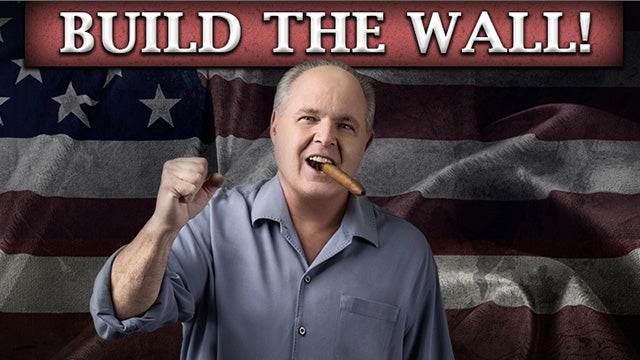 It’s 42 million people that they think… Even if they can get just 60% of those as voters, then they would be looking at what they think would be perpetual power. Anyway, it’s a situation that’s gonna have to come to a head at some point, somehow. I’m gonna tell you that I think Donald Trump is gonna prevail. I think he’s going to win big on this because he has in most else. He’s not got a clean sweep of a record here, and he’s got the continuing negative press, and his victories are not touted as victories.

I know the drill on that. But in terms of more and more Americans noticing, more and more Americans… There’s another poll. A record number of… What is it? Hang on just a second. Real quickly. It goes along with the 52%. Yeah, it’s at Gallup. We have a 16-year high in optimism about personal finances. In a Gallup poll asking people about their financial future, we have a 16-year high in optimism. We have Trump at 52% approval. Look at the all the other great polling — not polling, statistical data.

RUSH: This is Frank in a Long Valley, New Jersey. Great to have you here, sir.

CALLER: Thanks, Rush. You’re absolutely correct. You had nothing to do with Trump not signing a continuing resolution. That would have taken the narrative and the teaching on illegal immigration right off the table. See, he played Nancy and Chuck like a little puppeteer in the White House that day when he said I’ll shut down the government unless I get my wall. He knew exactly what they were gonna do. They were not gonna give him what he wanted —

RUSH: Right. But wait. He said one other thing. He said, “I will take credit for it, Chuck. I will own it.” 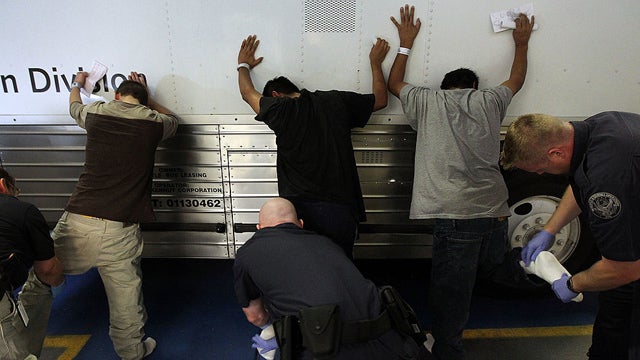 CALLER: Well, that forced — that was the last string he pulled on them that made sure they would be dumb enough. And they actually played it and didn’t give him what he wanted, which is what he knew they would do. And every single day — just ask the listeners this. When have the American people learned more about illegal immigration, the facts? The last two months or the last 20 years? The last two months. It’s in the news every day, 24/7, exactly what he wants. CNN, NBC, everyone talking about it, positively or negatively, they’re talking about it and educating American people. Caravans, people embedded in caravans, Costa at the wall making stupid comments, nonstop education on illegal immigration.

And what did he do? “I’ll reopen the government, reopen it and we’ll negotiate. Okay.” He knew they wouldn’t negotiate. But then he gave them the opportunity to look like a fool again and he did. And now he’s gonna come back on Friday and say, “Hey, I opened the government, you didn’t negotiate. I gave you everything you wanted, I put everybody out there, everyone’s been educated, I found the money, I’m doing it myself.” And the American people are gonna be behind him.

RUSH: You know, I think that’s actually very close to what may happen. I know that there is a reluctance on the part of the president to go the national emergency route, but the pressure is building. There are a lot of people who want the president to do this. And they’ve wanted him to do this for weeks now, it’s not something that’s relatively new. It goes back even prior to the first shutdown.

You know, you raise an interesting point about how over the last number of decades the media reporting on immigration was practically nothing. The Republican position on illegal immigration was always reported as racism and bigotry, Republicans are this, that, mean-spirited, extremist kind of people. Illegal immigrants are the salt of the earth, they could be the next Mary and Joseph. The cure for AIDS could be in the next illegal alien crossing. You never know.

But you’re right. Now because the media so hates Trump that they spend every day all day talking about the things Trump cares about and is interested in. And you cannot leave the State of the Union address out of this. It’s a crucial part of the mix that leads to Trump’s approval numbers being at 52% and growing. In the middle of all this two-year assault Trump’s numbers have not plunged, which is the objective and the design.

And I think a lot of people — well, maybe not — I think some people are now having to reassess, particularly Trump’s enemies, but even some people who supported him and thought he was one thing, are now having to reassess who Donald Trump is and has always been. And I think there is an as-of-yet unspoken begrudging admiration and respect for the guy, which I will have to take another moment in a minute to explain ’cause I’m out of time right now. So hang on. Much more straight ahead.

RUSH: Here is Tom in McMinnville, Oregon. Great to have you on the program, sir. Hi.

CALLER: Thank you. Thank you. Mega dittos, Rush. I think Trump needs to hit these Democrats right between the eyes with what they’re doing ’cause they’re working with the Mexican cartel just by what they’re —

CALLER: In essence, by stopping the wall, they’re doing exactly what —

CALLER: — what the Mexican cartel wants.

RUSH: You’re not saying that the Democrats are getting donations from the cartels and therefore are doing their bidding. You’re saying that their position on all this is essentially helping the cartels. That’s your point, right?

CALLER: Right. But actually my original thinking was where’s the money? And Nancy Pelosi is right in San Francisco. Drugs cartel are bringing all the drugs in there. They’re working with the Chinese gangs.