RUSH: You know, the Clintons are many things, including — grab sound bites 22, 23 — the Clintons are funeral crashers. Whenever a prominent Democrat dies, the Clintons are there. Sometimes the Reverend Sharpton and Reverend Jackson. But, regardless, they show up and they horn in on it and they make sure it all ends up about them, and it just happened again.

Michigan Congressman John Dingell passed away recently, and this morning in Washington — they couldn’t get to Michigan ’cause of the weather so they had a memorial in Washington, the Holy Trinity Church, and during the funeral service Slick Willie showed up and found his way to the microphone. 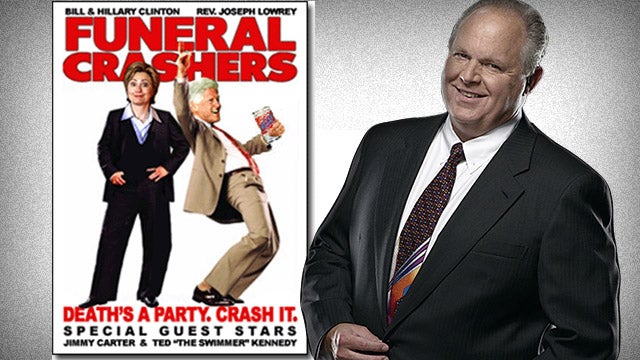 CLINTON: Let’s be honest, one of the reasons none of us would have missed this is this is the only time in our entire lives in public service that we were in the same room with John Dingell and got the last word. (laughter) Don’t you dare jump up.

RUSH: Okay. So the casket’s there and he cracks the joke (imitating Clinton), “It’s the only time in our entire lives that we’re in the same room with John Dingell and get the last word.” He looks at the casket, “Don’t you dare jump up, John.” I mean, John’s family would love for him to jump up, right? Here’s one more. We can squeeze this in, I think, one more. 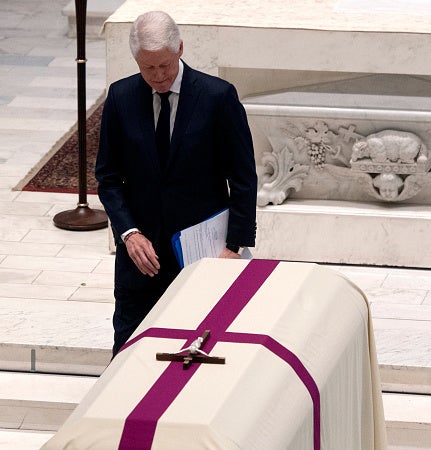 CLINTON: His long loyalty to health care is legendary.

RUSH: That’s it! That’s what Dingell’s life was all about, folks, the Affordable Care Act! There you go.