Victor Davis Hanson Has Written the Best Book on Trump

RUSH: I have to tell you, folks, Victor Davis Hanson, I interviewed him for The Limbaugh Letter on Tuesday. The man is brilliant. He is one of the most gifted writers. He loves President Trump. He has a new book called The Case for Trump. 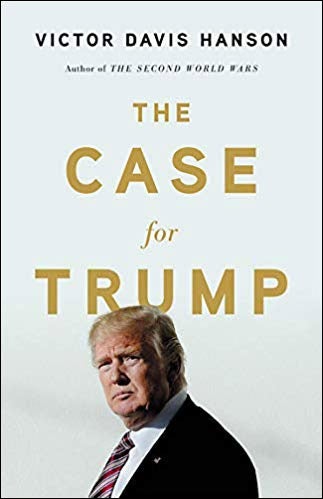 Now, I come across books now and then, and I heartily recommend those I really like. But I’m just flat-out telling you to get this one. If you believe in Donald Trump, if you believe in the whole “Make America Great Again” agenda, if you want to read some of the most intelligent defense of Trump, the most intelligent defense and explanation of Trump’s agenda.

You read this book and it seems like it just flowed out of the computer keyboard, just instant grasp of every detail just came flowing out of Victor Davis Hanson’s mind. It reads as naturally as somebody explaining it to you, as you sitting down talking to somebody about this.

Many of his friends — he is a think tank specialist at the Hoover Institute, which is on the campus of Stanford. And there’s a lot of people at this place. Dr. Thomas Sowell, Shelby Steele, George Shultz, the former secretary of state for Ronald Reagan. Many of Victor Davis Hanson’s best friends have become Never Trumpers. He opens up on them. He unloads on the Never Trumpers and their hypocrisy and their phoniness. He does so fearlessly. But “fearlessly” is the wrong way to describe it. He just does it factually.

Now, I’m a regular reared of Victor Davis Hanson’s columns, and I marvel at each one of those. He’s a farmer to boot. I think this is why he’s able to relate to everybody. He’s a Greek historian par excellence. He can tell you anything you want to know about the Peloponnesian War and ancient Greece as they relate to today. He can even tell you who the Bill Clinton was of ancient Greece. A man by the name of Alcibiades. 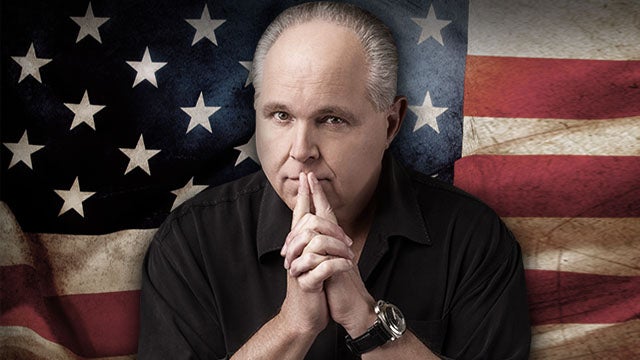 At any rate, the book is tremendous. I’m not trying to slight any other book. A lot of people have written books. Conrad Black has a great one about Trump. But this one is from front to back, beginning to end, The Case for Donald Trump. It’s unapologetic. It calls out all these phony Never Trumpers, points out their hypocrisy. The book is filled with Victor’s disappointment at so many people that he likes and loves and respects not getting it. He doesn’t understand how anybody who is serious about what’s happening to the country could have cavalierly even thought of voting for Hillary Clinton.

But it’s not just a defense of Trump from a “what else are we gonna do?” standpoint. It’s an active defense of Trump, the man, the politician, the strategist. It really is all-encompassing. It’s a very simple title, The Case for Trump. It’s by Victor Davis Hanson. It’s not out yet. Comes out March 5th. It’s published by Basic Books. If you’ve not read anything by Victor Davis Hanson, you can find him at National Review, you find him at American Greatness, any number of places.

He writes voluminously and never repeats himself. It’s just a real mind-opening experience. And he guested on Fox News last night as part of the book rollout. And it was with Martha MacCallum. And the first question: “What is the case for Trump? The name of your book, what’s the case? You look at the situation he’s faced with right now on his big campaign promise to build a border wall.”

HANSON: He’s on a roll. The State of the Union address was successful. He’s been more sober and judicious. But most importantly his opponents are giving him all sorts of gifts from the New Green Deal to radical abortion positions that are really scary, to welfare expansions, wealth taxes, the whole Medicare for everybody. And it’s not resonating well. When your opponents are doing that you don’t want to take the attention away by shutting down the government. On the other hand, he promised a wall at least for 1,500 miles or somewhere in that vicinity so he wants to build it. So how does he square that circle?

RUSH: Well, he didn’t stop there. He continued.

HANSON: The answer is that he doesn’t want to magnify the issue. In other words, he just slowly, gratuitously, insidiously, incrementally finds some money from DOD, EPA, Department of Interior and just keeps at it, 50 miles this next month, hundred miles. As he’s doing that, the optics are in his favor because his popularity is slowly going up. And there’s gonna be more caravans. There’s gonna be more melodramas, psychodramas at the border, and that popularity for building the wall will increase.

RUSH: And if Trump can keep — his approval right now, depending on where you look, at Gallup it’s 45, at Rasmussen it’s 52. If he can keep that number between 45 and 52 and even grow it — this is one of the things they’re worried about and trying to soft sell this Mueller report not having anything in it and the McCabe book is designed to counter that, I think. They’re still gonna be doing everything they can to keep Trump, to make it appear he’s still under the investigative gun.

But if those numbers can keep climbing, and they will if Trump just builds another 50 miles here, gets the money for another hundred miles and builds it, there’s pictures of it, there’s photos of it, builds it incrementally, to hell with this legislation, to hell with Congress saying he can’t do it. He can do it, he’s gonna do it. And by the way, when you read Victor Davis Hanson, he has profound respect for Trump.

He doesn’t think he’s dealing with a bumpkin. He thinks he’s dealing with a political genius here in his own instinctive way and will tell you why. If you love Trump and if you’re looking for ways to help other people who don’t understand Trump to understand, this book is gonna be ideal. Really simple, The Case for Trump. Our interview with Victor Davis Hanson in The Limbaugh Letter will be up in about three weeks with the next issue. And it’s already an editing nightmare for us to get it to fit in the number of pages we have.