Why I Haven’t Mentioned Jussie Smollett Until Now

RUSH: Okay. The Jussie Smollett (or Smollett, however he pronounces it) case. When this whole thing happened, you’ll notice (if you are a regular, careful listener) that I didn’t go to there. To me, there was something that didn’t look right or smell right. And when I saw all of these Hollywood people immediately jump on this thing and start claiming that it was a bunch of deranged Trump people attacking a poor black guy in Chicago, I said, “Waaaaaait a minute. It’s just too pat.”

So, I waited, and it turns out now that ABC 7 WLS TV Chicago is reporting it’s a hoax, that two guys pretended to beat up Smollett and that they’re bit players, actors, on the show Empire. They’re Nigerian. They left town the day after the attack. They’ve come back. The cops have identified them. The cops have raided their apartment. The cops have their cell phones and their computers. But, remember, Jussie Smollett… 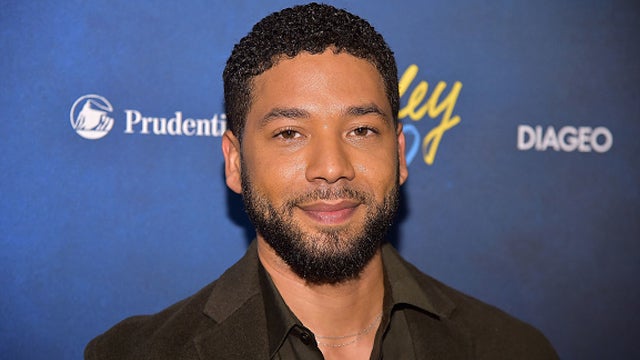 By the way, the reason for the hoax supposedly was he was being written off the show. He didn’t want to be written off the show. So he concocts this Frank Sinatra Jr. kidnapping story. Only in this case, he was beaten up by a couple of Trump people at two in the morning when it’s 10 below or whatever it was. Well, it turns out — and it was “a modern-day lynching.” I mean, you have all these Hollywood people writing, “It’s a modern-day lynching! We can’t have this. This is what happens when people like Trump win the White House!”

These are Trump, Make America Great Again guys. They’re wearing hats, supposedly. (impression) “You’re in Trump country now, buddy! Make America Great Again, yeah!” Then they beat up Smollett. Well, it turns out that these guys from Nigeria are obviously what? They’re black. So it can’t be “a modern-day lynching,” and the idea that a couple of black Trump supporters are patrolling the streets of Chicago and happen to be where Jussie Smollett lives at 2 o’clock in the morning when it’s colder than a witch’s upper torso out there?

There were staged attacks against Mitt Romney, such as, “He hasn’t paid his taxes in 10 years! He hates dogs! He put the dog on the roof of a family station wagon on a cross-state vacation. He’s also a murderer. He didn’t care if the wife of one of his employees died because he didn’t have health insurance.” Now you’ve got the staged attack against the Covington kids that was made to look like they were doing the attacking.

Yeah, they were wearing Make America Great Again hats and here come the Native Americans and the Congressional Black Israelites, whatever, attacking these kids — when it was made to look like they were doing the attacking. Notice how easily that flowed out of their mouths? So, now Jussie Smollett and his, apparently, phony hate crime, and the list of celebrities, politicians that rode that train? Why, that’s a mile long and they’re still riding it.