RUSH:  Let me ask you a question, folks.  Have you noticed that the women who have accused Justin Fairfax of rape and sexual abuse have disappeared?  You can’t find them.  They’ve gone silent. The media is not reporting on them.  The media is not trying to find them.  When’s the last time you heard anything about the alleged rape and sexual abuse allegations of the lieutenant governor of Virginia, Justin Fairfax? 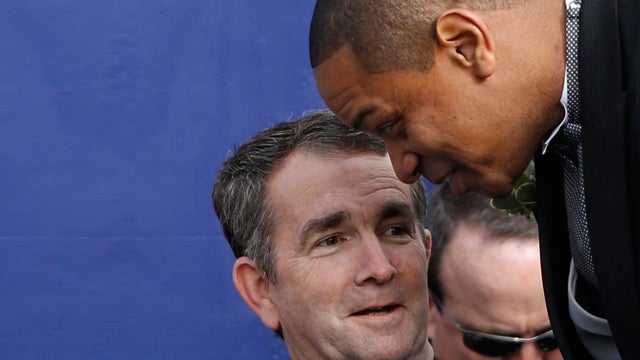 Furthermore, when was the last time you heard of the blackface controversy and outrage involving the Virginia governor Ralph Northam?  Hmm? When was the last time there has been any news about that story in the media?  You can’t remember, right?  How long has it been?  And I might also add, how long has it been since the media has reported on Ralph Northam stating that you can kill a baby after it had been born if that’s what the woman wants?

When’s the last time you heard anything on that?

The last story we had was how the media was marveling at Ralph Northam’s strategy to remain invisible in order to make the story go away.  Did any of this happen in the Brett Kavanaugh episode?  Were we ever allowed to forget about Blasey Ford or any of these other faceless, nameless women that came up and started alleging the fact that he was running rape trains?  Hell, no.  Those were not even true stories and they were amplified, and further witnesses were sought, and people lied to the media.

There were leaks from Dianne Feinstein’s committee about Blasey Ford — bringing her forward that were denied.  They get away with it.  All you need is a (D) by your name, and you have not only a get-out-of-jail-free card, you have a never-gonna-get-to-jail card.  If you have a (D) after your name, you are golden; you are protected.  Just like they tried — they gave it their best effort — to protect Jussie Smollett.  They did everything they could to portray the people that did not believe Smollett as the problem.

Ditto with the Covington kids.  A totally made up narrative, and if you didn’t believe it (like I didn’t), they come for you as being a racist and a bigot and insensitive to the plight of the Native Americans, who have forever been destroyed by the white Europeans after having arrived on this fruited plain.  So I guess Justin Fairfax is gonna get away with it. I guess the lieutenant governor and attorney general are gonna get away with it, and I guess Ralph Northam? Home free.

Other things, you see, came along that were judged to be more important in the news.