It Turns Out a Reasonable Prosecutor Wanted to Charge Hillary

RUSH: Do you remember when James Comey…? It was on July 5th of 2016. He has this press conference out there, and he lists all of the crimes Hillary Clinton has committed regarding the email server and trafficking in classified documents and data, and then he says that “no reasonable prosecutor” would ever seek charges. (summarized) “No reasonable prosecutor” would ever proceed here with charges, because they couldn’t find any “intent” on the part of the Mrs. Clinton to actually violate the law. 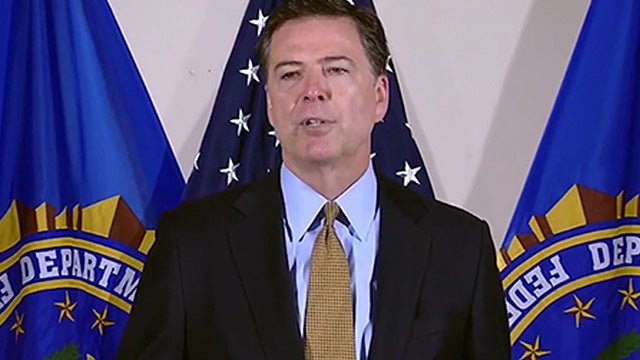 Well, two things. A, the law does not require intent. You’re not exonerated from robbing the bank if you didn’t intend to. You might think that sounds odd. But why does she have an illegal server? She’s wanting to evade a government email address. She wants to be able to run her pay-for-play scheme for the Clinton Foundation outside of government scrutiny. By definition, she’s engaging in intent!

(Hillary impression) “I — I — I didn’t mean to have an illegal server. It just happened.”

So, A, that doesn’t apply. B, “no reasonable prosecutor” would prosecute? Well, it turns out that a reasonable prosecutor in the FBI did want to prosecute her and had to be talked out of it by McCabe and Comey. “Former FBI general counsel James Baker said high-level officials at the bureau were ‘arguing about’ whether to bring charges against [Hillary], ‘I think, up until the end’ — and he initially thought Clinton’s behavior was ‘alarming’ and ‘appalling.'”

By the way, do you know how long we’ve known this? You know when James Baker said this? He said this in closed-door congressional testimony years ago. The Republicans never leaked the transcript. The Republicans in the committee never leaked it. The Democrats were never gonna leak this, but the Republicans didn’t leak it. This was not a hearing that you get to see on TV where every congressman gets five minutes and they ramrod through. This was a closed-door, open-ended, no-time-limits (well, certainly no five-minute time limits) hearing, and this has been known. 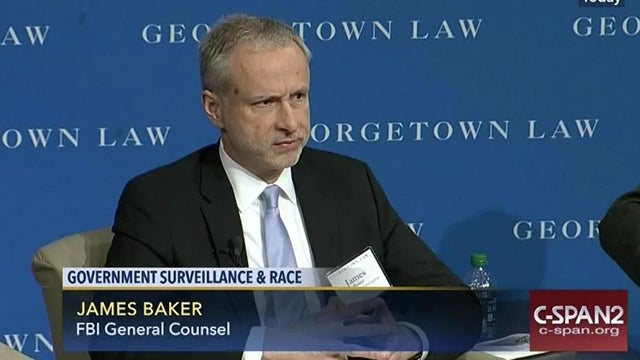 It’s only recently been discovered!

But the FBI general counsel months and months ago said that he thought Hillary Clinton’s actions were “alarming” and “appalling.” “Pursuant to the ‘statutes that we were considering at the time,’ Baker told lawmakers,” under oath, “it was ‘the nature and scope of the classified information that, to me, initially, when I looked at it, I thought these folks should know that this stuff is classified, that it was alarming what they were talking about, especially some of the most highly classified stuff,'” and she’s trafficking in it unprotected!

He then said, “Well, I know there’s been a lot of public discussion about that,” referring to Comey’s memos. “I believe if I had been persuaded that she had the intent, I would have argued that vociferously with him (Comey) and maybe changed his view.” Anyway, he wanted to prosecute her, and then he was hit with the “no intent” aspect. (impression) “Oh, yeah. Oh, yeah. No intent? Okay. I agree. We’re not gonna prosecute.”

It’s such a bogus… (sigh) This intent business, it’s not even part of this law. He said, “My original belief — well, after having conducted the investigation and towards the end of it, then sitting down and reading a binder of her materials, I thought that it was alarming, appalling, whatever words I said, and argued with others about why they thought she shouldn’t be charged. I was struggling with the facts about even just ascertaining what literally did she know and what was reasonable to infer about what she knew.”

So this is James Baker and he thought Hillary Clinton should be prosecuted until pretty late in the email investigation. Can you imagine if this had leaked? I don’t know what difference it might have ended up making. But… (chuckles) I don’t know. What do you think about the Republicans not leaking it? I mean, that’s actually law-abiding. But the fact is, in politics everybody leaks in Washington, except this didn’t. This guy said this months and months — at least a year — ago in closed-door congressional testimony when the Republicans were running the House of Representatives.

So they were the chairman and the majority on the committee, and he says: Yeah, I was eventually talked out of it by the intent angle. “FBI’s Top Lawyer Believed Hillary Clinton Should Face Charges, But Was Talked Out of It.” Yeah. “I had that belief initially after reviewing, you know, a large binder of her emails that had classified information in them,” he said. But again, the laws here do not require there be any intent, only gross negligence, and Comey laid out how she had been grossly negligent.

Even Comey said that she had been “grossly negligent” in that July 5th press conference. But the phrase was stricken out of his remarks by Strzok Smirk as they put all of this together. And Baker made clear he didn’t like the activity she was engaged in. It was highly classified data that he was very, very alarmed at.