Nobody Pushes Back at Ocasio-Cortez

RUSH: Let’s move on here to Alexandria Ocasio-Cortez. It is so easy to laugh. We had a caller last week who listened to her sound bite that we played and of course has heard her on the news. And the caller was a teacher, and the caller said she sounds like every junior high school student I’ve ever had. She doesn’t know how to finish sentences, doesn’t know how to construct them, doesn’t speak very well, has a, you know, crazy intonation or speech pattern, like Blasey Ford had that end on the uptick speech pattern which promotes sounding vulnerable and nervous and scared. (imitating Ford) “He came at me and I was so afraid,” that kind of uptick. Well, she doesn’t quite have that, but it’s almost valley girl-like. 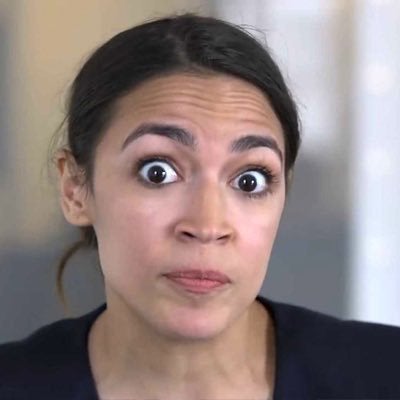 And she routinely demonstrates — it’s fascinating to study this. She routinely demonstrates her ignorance. I’m trying to be nice here. I’m not calling it stupidity, although — but I’m not. I’m gonna chalk it up to ignorance. She has nobody that pushes back on her. There’s not a soul anywhere that will push back on her. Therefore, there’s no pressure for this woman to mature. There is no pressure for her to grow up. She is being ratified and confirmed as she is already, and she is tremendously deficient in terms of, I think, maturity development and intellectual development because she gets these accolades and star status treatment, there’s no reason for her to continue to grow.

And Ocasio-Cortez, they’re not growing up. They are for some reason stuck in a childhood or childlike existence. I mean, we’re gonna play the audio sound bites of these young kids, 11-year-olds, 10-year-olds that stormed into Dianne Feinstein’s office to tell her what-for about climate change. And I don’t think Cortez is any different than them. And they walk in there, these little 11-year-olds, and they’re confrontational as they can be, and in their mind, she didn’t know anything. And they may be right about that, but, I mean, there was no respect for her elderly, senior status. There was no respect for her in the United States Senate being in that august chamber.

They just walked in on a mission. They have been programmed by a bunch of adults to go in there and give Dianne Feinstein what-for, and they did it. And they could not, when she engaged them in conversation, they couldn’t explain why they thought what they thought. They’re 11. They couldn’t explain a thing. They were just repeating slogans. And whenever they were stumped, which was practically with every response, here came another slogan. I think it’s almost the same with Cortez. 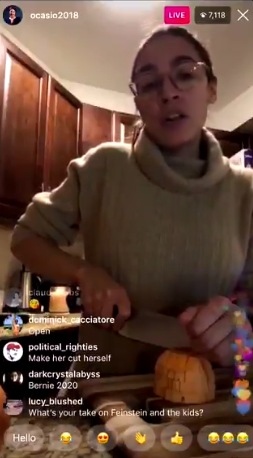 We have, in these young kids, some level of indoctrination that has occurred throughout their educational lives and zero reasoning skills, zero critical thinking skills, zero — I think even Kamala Harris. I don’t think she can think on her feet. We have audio sound bites — I made that claim last week — we’re gonna try to demonstrate that as the program unfolds today. But there’s a price for this.

The thing about all this is, regardless of Cortez’s ignorance and her just blatantly being wrong about practically everything she is passionate about, there’s nobody on the side of reason who can combat her ideas. I’m talking about in electoral politics. Her ideas take off because there’s nobody willing to say, “You don’t know what you’re talking about. Be quiet, come back when you grow up.” Or however that would be said.

However it was said to us when we were kids and we thought we knew everything and didn’t know anything. Imagine if everybody deferred to you when you were that age and had literal fright in confronting you. No one in her party, no one in her party can provide a counterbalance. She’s got this cooking video she put out over the weekend. She trashed Dianne Feinstein, called her a coward.

And in this cooking video, everything she’s using is powered by fossil fuels! From her stove to her refrigerator. The food that she is making arrived in her kitchen after having been delivered for part of the route by fossil fuels. She wouldn’t have been able to make the video of cooking in the kitchen were it not for the progress —

And, by the way, the progress that’s being made on energy production in this country via shale and fracking is just blowing down the doors of the world. And it’s happening underneath the radar because nobody’s paying any attention to it, and it’s considered to be the thing that’s destroying the planet. It’s like Twilight Zone stuff.

RUSH:  When it comes to Alexandria Ocasio-Cortez, there’s nobody to point out she’s sitting there making her cooking video in which she trashes Dianne Feinstein for the way she treated the kids that walked into her office. And there’s nobody — we have to do it here — there is nobody to point out that her little kitchen video is made possible and brought to everybody through Big Oil, in her warped world, the people who are destroying the planet.

Her appliances run on gas or electricity. The produce we assume that she’s eating is brought to her by trucks that are fueled with gasoline or diesel. Her apartment is nice and warm, and there’s not a solar panel anywhere around, and no windmill. She’s got this really nice, warm, cozy life, easy access to food because of the massive infrastructure born of fossil fuels, and she wants to rip it apart.

RUSH: I want to get started on the phones and we’ll do that starting in Roanoke, Virginia, with Mark. Welcome, sir. Great to have you on the EIB Network. Hi.

CALLER: Hi, Rush. How you doing? Just real quick. I don’t know if you saw, but there was some stories out about AOC not living where she said she lived in her family’s condo in the Bronx. And neighbors hadn’t seen her and the newspapers and mail is piling up for months, and her spokesperson came out and said, oh, yes, she’s lived there for years. And then today her — yeah, I guess it was today — he said, oh, no, she recently moved like two blocks away. So, I don’t — my point is, if I had a free place to live that my family owned for years and years and years — and, of course, she complained about not having money to rent an apartment in D.C., why the heck would you move two blocks away and have even more expense? It doesn’t make sense. Something just smells kind of suspicious.

RUSH: Well, the story they’re putting out is that she just moved a couple blocks or a block and a half away to move in with her white boyfriend. And it’s important, he’s white. So she moved in with a white privilege guy — you know, she’s a person of color. She’s brown. She’s Hispanic. Therefore, she’s victim minority, cisgender. She’s all that stuff. She’s moved in. So there’s not a whole lot of intersectionality here. She’s a little bit hypocritical, moving in with a white guy, who is also paid by her staff and he doesn’t do anything. 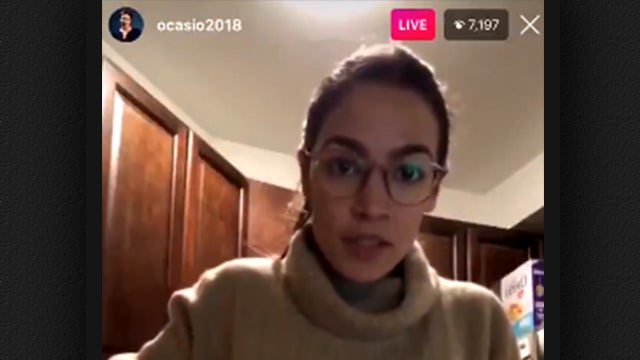 I don’t think this is uncommon. I think congressional pay for staff is kind of a cesspool for funneling money to family and so forth, giving them no-show jobs. Like Michelle Obama had a no-show job for years at a Chicago hospital. But this came up because nobody could remember her living where she said she lived. Now, that’s not a big deal except for the fact that she, in her campaign, made a huge deal out of Joe Crowley not even understanding the district anymore because he never left Washington. You know, he was the congressman in Queens, her district. But she was beating up on him during the campaign for never being there. He was always in Washington and had, thus, lost touch with his constituents.

I think this is an illustration of how attempts to point out hypocrisy on Democrats is a tough time making it stick. And her staff is saying, no, no, no, no, no, that was a family home for the longest time. We just moved away. We’re still in the district. Nothing to see here. And this is exactly what I mean by there’s no adult pushback against any of this. There might be little, you know, toe dips in the water. All it takes is one pushback from Cortez and her staff and it goes away and stops. So, anyway, that’s not gonna be, I think, an effective way of dealing with her. Hypocrisy, anyway, doesn’t attach to Democrats ’cause the media never makes a big deal of it.