RUSH: I can’t tell you, last night when Jorge Ramos was detained down in Venezuela because he asked a question that whoever he was talking to, the president or whatever, didn’t like. It was video that showed people rummaging through garbage for food. So they detained Jorge Ramos, the Univision guy. The guy’s an idiot, okay? He’s just a plum idiot. So people are sending me email, “Boy, man, I really hope — did you see what happened to Ramos? I hope Trump has to release him. I hope he has newfound respect for Trump and I hope Jorge Ramos finds out that it’s not Trump that’s a dictator!”

Folks, Jorge Ramos was not gonna think ill of anybody in Venezuela for what they did to him because he cannot express anything other than solidarity with a bunch of socialists. There would be all kinds of excuses and explanations for why he was detained and so forth. He’s not gonna learn any lesson by it. He’s not gonna have a sudden revelation. “Wow, Donald Trump’s a much better guy, Donald Trump just told me to sit down, but he didn’t detain me.” 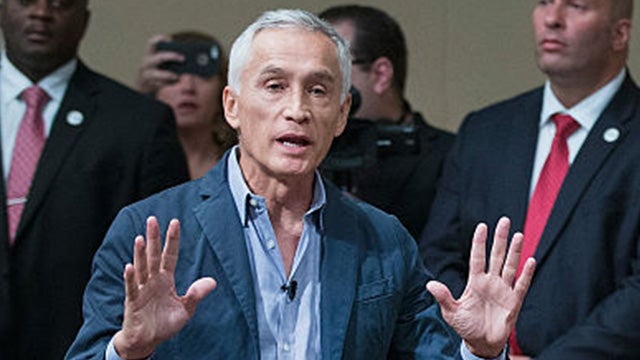 All of these journalists, these media people have a hatred for Donald Trump that’s not born of any reason. It’s not born of any rationality. And to expect them to, you know, because they’re mistreated by a communist dictator or socialist, they know what communists are, they know what socialists are, they know there are political prisons and gulags. It doesn’t change what they think about those people. They still longingly admire them. They admire their power. They think their intentions are honorable for this utopian-like… They’re never gonna change their attitude about Donald Trump.

I’ve always maintained that to define any kind of our success as when the media converts is a never-ending disappointment because it’s not gonna happen in our lifetimes. The media is not gonna turn on a dime, do a 180 and all of a sudden, by comparison, see how bad it is in Venezuela and have a newfound appreciation for Donald Trump. It is why I maintain that it’s foolish to try to accommodate them, it’s foolish to try to gain their approval, it is foolish to say and do things to try to limit their criticism of you.