Have You Noticed Who Has Become a Reliable Liberal Justice?

RUSH: Don in Brownstown, Michigan. Great to have you, sir. What are you thinking about today? What’s happening? What’s up? What’s shaking?

CALLER: Rush, thank you for taking my call. It’s really an honor. I’ve been listening since about 1995. My point today is the national emergency declared by Donald Trump, I think it’s very important that it go all the way to the Supreme Court. The left has graciously pointed out that no other president has made a declaration quite like this. And I agree. No other president has been faced with an emergency that is a direct result of actions and inactions by the Congress in a select minority of states and local governments.

RUSH: Let me play devil’s advocate with you, ’cause you sound eager for the president to declare a national emergency. You just said that he’s doing it as a result of Congress and state governments not following through and recognizing that we’ve got an emergency and helping him deal with it. Are you worried at all that he doesn’t have the constitutional authority to do this? I mean, he’s basically telling Congress, “Screw you. I’m gonna do this anyway.”

CALLER: Well, that’s one of the reasons I think it should go to the Supreme Court. But also I think that Donald Trump has a preponderance of evidence on his side. If at any point in the last 25 years any of the Congresses had gotten serious about securing the border and protecting its citizens, we wouldn’t be where we are right now, declaring an emergency. If the state and local governments had cooperated with ICE in deporting illegals, we wouldn’t be at this point right now. But they have defied federal laws, and even the former president of the United States put out a directive to defy federal laws.

RUSH: That I agree with. That I think is something Trump could use. “Look. I’m being forced into this because we have cities and we have states who are refusing, not just refusing to enforce federal law, they are sabotaging and undermining the efforts of federal law enforcement to enforce the law.” That would be ICE and Border Patrol. We have got mayors in places like Oakland and San Francisco who are advising illegals when an ICE raid is coming and where to go to avoid them. We have sanctuary cities. We are in open, wanton violation of federal law. It is destroying the country, and drastic action is necessary. And much of this exists because Congress and other agencies will not enforce the laws on the books. And that’s what I’m trying –” that’s what the president could say.

CALLER: I would agree. I think there is a preponderance of evidence on the side of the American people and Donald Trump.

RUSH: Here’s the thing, though. You say you want it to go to the Supreme Court.

RUSH: I don’t know how many people have noticed this. I, of course, have, because I have the time to get intimately involved. But do you know who the latest reliably leftist judge is on the Supreme Court?

RUSH: That would be the Chief Justice John Roberts who is voting with the libs every case he can. He’s voting with the four liberal justices on that court every opportunity he can. Now, let’s go back and remember something that the chief justice decided to go public with. It’s been in the last couple of months. When Trump was talking about all the left-wing judges, the Clinton judges and the Obama judges that would stand up and try to stop either his travel ban or any other legal executive action or order, Justice Roberts went public, issued a statement, said he was righteously indignant and offended by that, that there aren’t Obama judges and that there aren’t Clinton judges and that aren’t Bush judges, that we have wonderful and great judges, and that’s the only kind of judges we’ve got. 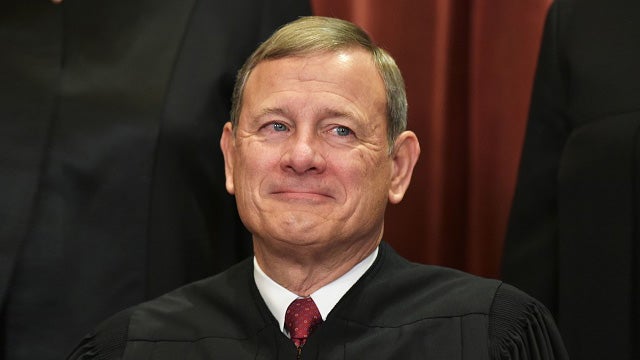 There aren’t any of this Bush judge, Clinton judge, Obama judge. Well, clearly there are. One of the great problems the American judicial system is that the left has also corrupted it by putting left wing ideologues on the bench, and they’ve been confirmed there by Democrat Senates, in some cases Republican Senates. I think the chief, I don’t know him. I’ve never met him. But I have intel, okay? I think he is a Never Trumper of the first order. I think he is — the popular parlance today is “of the swamp.”

I think he is one of the establishmentarians standing in good stead. He’s clearly an establishment guy, ruling class guy. I think he’s one of these people that just shudders in disbelief every time Trump’s name is mentioned, every time Trump is on TV. And going public to dispute Trump’s assertion of Clinton judges, Obama judges, and Bush judges, is a pretty good indication.

So you say you wish for it to go to the Supreme Court. Ha-ha-ha-ha-ha-ha-ha. Well, and then you mentioned Kavanaugh. Kavanaugh has been, ah, been a couple of cases where it looks like he may be trying to signal to Feinstein and some of the others, hey, look, see, you were wrong about me. That stuff, those kinds of attacks, people’s reputations, it scares the hell out of ’em, folks, in that town.