RUSH: Republicans are pressuring President Trump to back down on the border emergency. “Senate Republicans are offering a choice to President Donald Trump: Withdraw your national emergency declaration at the border or face a potential rebellion from the GOP.” Senator Lamar Alexander urged the president to withdraw his national emergency declaration. Let’s go to the top of the audio sound bites. I want to play something I said to you back on December 18th.

RUSH ARCHIVE: There isn’t a single person in that town that wants this wall. No, I take it back. Some House Freedom Caucus members are hell-bent on getting it. Jim Jordan and Mark Meadows are insistent on getting the wall built. Outside of those two and Trump and maybe some stragglers in the House, nobody in that town wants this wall. Now, don’t misunderstand my telling you that. I’m just trying to give you an idea of the obstacle this is. There isn’t anybody in that town that wants this. Trump is all alone in this.

ALEXANDER: I support what the president wants to do on border security, but I do not support the way he has been advised to do it. There has never been an instance where a president of the United States has asked for funding, Congress has refused it, and the president has then used the National Emergency Act to justify spending the money anyway. After an American revolution against a king, our founders chose not to create a chief executive who could tax the people and spend their money any way he chose. The Constitution gave that responsibility exclusively to a Congress elected by the people 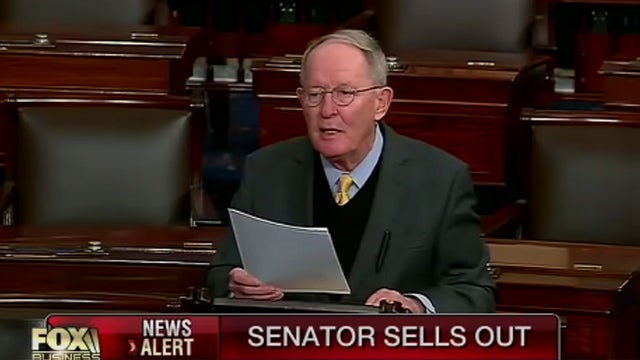 RUSH: Well, the money’s been appropriated. He’s not printing the money. He’s not going to Deutsche Bank or wherever to get $150 billion in cash to give the Iranians like Obama did. He’s getting the money from elsewhere in the federal budget. But that’s not the point. The point is Senate Republicans, they don’t want this, nobody in that town wants a wall. Everybody in that town wants amnesty. And I just am reminding you what President Trump is up against here.

Let’s go to CNN this morning. John Brennan asked climate change correspondent Bill Weir about his report of a lawsuit against the border wall in Texas. The guy says, “Yeah, this is a really interesting legal debate.” Listen to this.

WEIR: It is. Plaintiff number one in Texas to try to stop the border wall construction are a bunch of butterflies and the people who love them. It’s an incredible metaphor about how, you know, a little slice of natural heaven is standing in between this proposed plan. But it’s not just butterflies. Elon Musk’s SpaceX launch pads at Boca Chica beach, where he wants to send rockets to Mars, that could be impacted by this. So Congress is deciding whether that emergency order to build this wall will hold. So it’s rockets and butterflies. 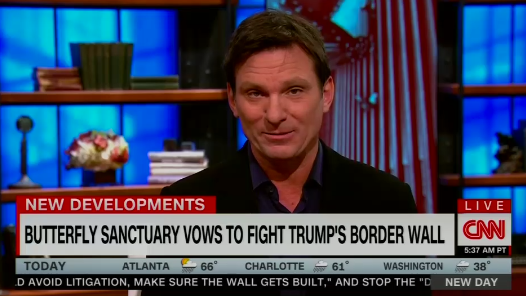 RUSH: Plaintiff number one in Texas to stop the border wall, bunch of butterflies and the people who love them.