RUSH: Okay, Bea in Albuquerque, New Mexico. Great to have you on the EIB Network. Hello.

CALLER: Hello. How are you?

RUSH: How are you doing? 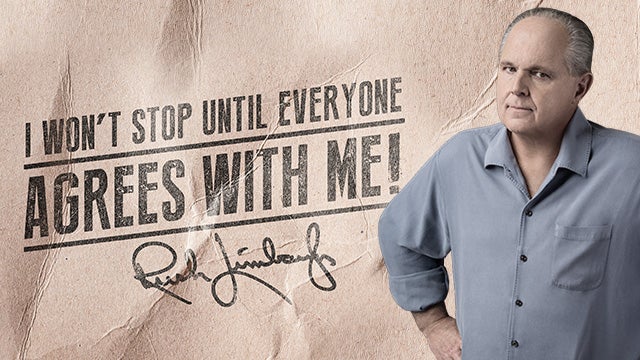 CALLER: So my question was: What do conservatives stand for these days? ‘Cause before I always knew conservatives as the fiscally responsible folks, law and order, even tried to take over patriotism with Kaepernick kneeling down, uh, all sorts of crazy stuff. And now it’s like all through the roof, all through the window, just toss that stuff out.

CALLER: ‘Cause you guys… You’re talking about those nine guilty pleas. They’re guilty for a reason. It wasn’t like they just lied. It —

RUSH: They would not have been guilty of anything had there not been an investigation. It’s entrapment! They were entrapped.

CALLER: Mmm? How do you say that?

RUSH: They didn’t do anything until the investigation came along. That’s the whole point!

CALLER: All these people have histories.

RUSH: — it’s a lost cause, but I’m gonna stick with this.

CALLER: You tell me it’s a lost cause? This guy is double-dealing, self-serving.

RUSH: No, you are a lost cause.

RUSH: You are the lost ’cause. You can’t possibly be listening. You ask questions and you keep talking. You want to know what conservatives stand for and then you proceed to tell me what we don’t stand for.

RUSH: Now, as far… The only exception to what I said about these nine guilty pleas is Manafort did some stuff. There’s no question about that.

CALLER: They all did some stuff.

CALLER: I was in the military for 20 years. If I’d have been talking to any other foreign government —

CALLER: — under the radar —

CALLER: — and I’d been discovered —

CALLER: — my ass would be out of the military.

RUSH: Bea, the problem is that they would not have been found guilty of anything had there not been this bogus investigation. This is called entrapment. 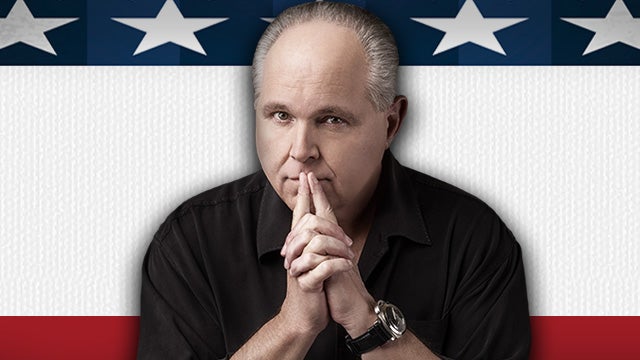 CALLER: But they still had to be lying!

RUSH: Let me give you an analogy.

RUSH: Let’s say a member of the FBI gets hold of fake, counterfeiter Rolex watches from the evidence room and then runs to a kid in a barbershop in a bad part of town and pretends to be the ringleader of a gang selling these bogus counterfeiters and wants him to sell ’em out of the barbershop, and the kid says, “No, I don’t want to do it.”

The FBI guy — under cover of being one of the neighborhood guys — keeps pounding and pounding. Finally, the kid says, “Okay, okay,” and then the FBI comes and charges him. “You’re selling counterfeit stuff!” The defense is, “I wouldn’t have been if the FBI hadn’t made me do this.” This is entrapment. It’s a classic case of being set up. There would not have been any… But let me answer your question about what conservatives stand for.

RUSH: No, it’s true, Bea. Flynn would not have been found guilty of anything. He was guilty of “lying to investigators,” Bea.

CALLER: Wasn’t he trying to, uh, kidnap that one, uh, uh, Turkey citizen, or…?

CALLER: He wasn’t even from Turkey, but the Turks were trying to get him? I mean, kidnap, yes. I mean, he admitted to all this stuff. It’s not like —

RUSH: Turkeys? I haven’t heard that Flynn was trying to kill turkeys.

CALLER: Ohhhh, he was trying to get some — some —

RUSH: No, let me seriously answer your question. Um…

CALLER: Yeah, seriously, because I want to just say the conservative — or the fiscally responsible part was the one that just —

CALLER: — tossed it out the window for me, because this tax cut —

CALLER: — that we have shall not even been paid for —

CALLER: — and I remember listening to you, Rush —

CALLER: — and you are going on and on about emperor — Emperor Obama —

CALLER: — he stands there —

CALLER: — in front of you and tells you —

RUSH: Once… Once again.

We simply stand in opposition to the country moving to the radical left — any direction to the left, but particularly the radical left and socialism. We steadfastly oppose it. We realize that climate change is nothing more than a hoax designed to make people feel guilty for destroying the planet so that they will acquiesce — as redemption for their sins — and agree with Democrats on whatever stupid policies need to be engaged in to so-called save the planet. But the bottom line is we stand in opposition to all the damage you seek to do to this country.