San Bernardino Stands Up to Climate Alarmists — For Now

RUSH: Now on another matter — and this ties in to the ongoing panic over climate change, which, by the way, not only on that Victoria Derbyshire show on the BBC, she had two women crying, practically, (crying) “Climate change!” Supposedly — are you ready for this? — one-third of American women are reluctant to have children because of climate change. 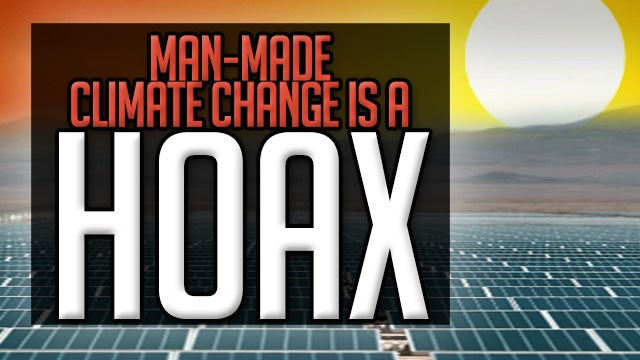 (interruption) Well, I don’t know if we believe it. But if we do, we’d have to conclude that a lot of them are Democrats, which would be good (sigh), ’cause Democrats are having most of the abortions. And now if Democrats are gonna be not having more of the kids, then pretty soon, we’ll outnumber ’em. (sigh) But I have told people for many years that they really believe this, and it is tragic. It really is tragic what the left has done to young people alive in the greatest country on earth where there is more opportunity and more potential for genuine happiness and contentment — at least the pursuit of it.

And they’re just turning young people into quivering masses of fear not based on anything objective or real. So in a related story from the LA Times: “California’s San Bernardino County Slams the Brakes on Big Solar Projects.” This is about San Bernardino County stopping the construction of a giant solar farm and wind farm. “California’s largest county has banned the construction of large solar and wind farms on more than one million acres of private land, bending to the will of residents who say they don’t want…”

The point here is that a bunch of Californians don’t want any part of a solar or wind farm on more than one million acres of private land, and San Bernardino County is listening to the residents and not the officials of the state. The residents “say they don’t want renewable energy projects industrializing their rural desert communities northeast of Los Angeles.” It was a “4-1 vote by San Bernardino County’s Board of Supervisors highlight[ing] a challenge California could face as it seeks to eliminate the burning of planet-warming fossil fuels,” which is also a crock.

So here’s the dirty little secret about solar and wind farms, folks. You know what it requires? Do you know what you have to do to build up a giant wind or solar farm? You have to literally destroy millions of acres of land that the left used to say they cared about. Building a solar farm or a wind farm destroys landscape, it kills endangered species, all for an expensive and unreliable source of energy. Solar and wind are hostile to the environment leftists say that it will save. It’s hostile to disposable income.

It’s a landscape-destroying, land-grab scam is what it is. It’s a way for the state or some other government to wrest control of private property under the auspices of saving the planet, taking this land away, and literally destroying it. And then you start putting up these solar farms and these gigantic windmills, and you create eyesores. You create death for birds. The noise that comes from these windmill turbines drives people away.

One of the citizens that showed up at a hearing on this said, “These vast open areas are precious for their natural, historical and recreational qualities. But they are fragile, and no amount of mitigation can counter the damage that industrial-scale renewable energy projects would cause. Once destroyed, these landscapes can never be brought back,” and that’s the bottom line. So here you have on the one hand, a bunch of leftists who don’t want nature touched.

(summarized) “Man cannot destroy nature. Man can only corrupt and pollute! So we have to leave it alone,” except when they want to grab a bunch of land for themselves. So then they come along, “We want that land.” “Well, it’s our land; it’s not yours.” “Yeah, but we want it because we’re gonna put up windmills and solar panels to save the planet.” “Ohhh, okay.” But now the residents are not falling for the scam. Now, I tell you what’s gonna happen. The left is not gonna stop, and these citizens in San Bernardino are gonna continually be hounded and hounded and hounded.

I hope this isn’t the case, but eventually they’re gonna lose. Eventually what’s gonna happen is that the forces of government are going to prevail, because they’re not gonna go away. They’re gonna keep harassing, they’re gonna keep hounding, and these citizens in San Bernardino County are gonna be forced (eventually) to have these-eyesore windmills and towers. And people are gonna get sick (as has been demonstrably proven) from all of the windmills and the environmentally destructive solar panels. This is the thing.

The amount of energy that they produce and create, it’s all a PR “shmaz,” folks. None of it is real. You could not replace the energy used every day by any group of people with solar or wind. You cannot replace it. And if the wind isn’t blowing one day and if the sun’s not shining, you’re out of luck — and it’s not an exaggeration. My guess is that San Bernardino, the citizens, are gonna eventually lose. They’ll be worn down, and then they’ll being run over, and eventually they’re gonna be forced to give up their precious landscape and they’re gonna have to deal with all this, ’cause these government agencies do not back down. They do not go away.